AT&T had said back around the release of the iPhone 4S that it'd be "working with Apple" to show "4G" in the phone's status bar in place of "3G" — a testament to the fact that the 4S meets its minimum speed requirements for what it considers to be 4G service with 14.4Mbps downlink capability. That change is now live with the release of iOS 5.1, which you can grab right now.

Though it still seems disingenuous to refer to pre-LTE network technologies as "4G," AT&T does have one logical defense: the network on which its iPhone 4S operates is theoretically capable of far higher speeds than the EV-DO Rev. A network that Verizon and Sprint use; until now, all three carriers showed "3G" up top. Of course, with LTE making its grand entrance on the new iPad and presumably on a new iPhone later this year, the 3G / 4G labeling will be just as confusing as ever.

Update: Yep, it really is just a deeply misleading labeling change — our network speeds here in New York remain just as sadly not-LTE as ever. 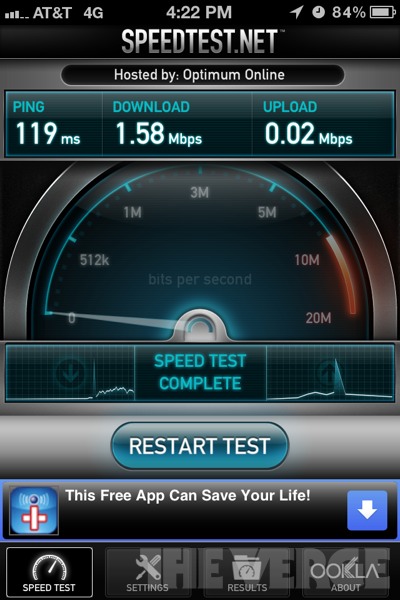