Is the HTC One S's space-age coating as durable as it seems? (update: HTC investigating)

Is the HTC One S's space-age coating as durable as it seems? (update: HTC investigating)

A number of HTC One S users are reporting chipping and cracking of the device's ceramic shell, without it being put under stress. The shell is created using a much-lauded microarc oxidation (MAO) process and, according to HTC, is four times harder than anodized aluminum. In a video promoting the process, HTC said that users wouldn't need a case to protect their phone, but a thread on xda-developers questions the validity of HTC's claims.

"[The surface] is four times harder than anodized aluminum, enabling the HTC One S to look great over time."

The thread includes a pair of photos showing some light chips the edge of the device. While it is possible he dropped the device, there are over 150 replies, and many users are reporting the same issue. To add credence to their claims respected developer Paul O'Brien, founder of MoDaCo, also complains of the cracking issue in a post on the site. Some xda users have theorized that the brittle nature of the ceramic shell is causing it to crack under strain from the flexible aluminum underneath, particularly at the sharp top edge of the device.

"I can handle a few little chips, but this is after 5 days! What is it going to be like after 5 months?"

The durability of the One S's microarc oxidized aluminum has been questioned before, not least in a Eurodroid review of the phone. The site found that its review unit had turned from black to a light grey in some places, as well as suffering from the same chipping issues highlighted by xda. If you're worried about purchasing a One S it's worth noting that only the Black version is treated with MAO. We've reached out to HTC for comment on all of the reported issues, and will update you as soon as we hear back from them.

Update: HTC tell us it's "aware of the reports" and is investigating the situation. 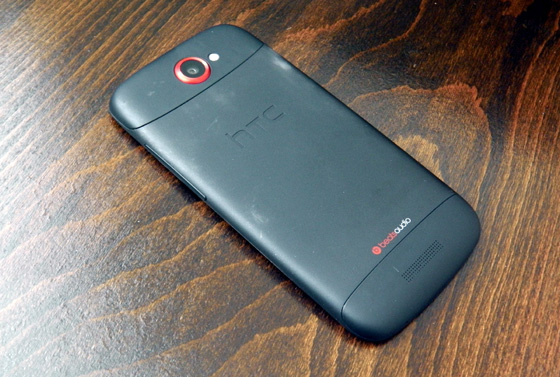