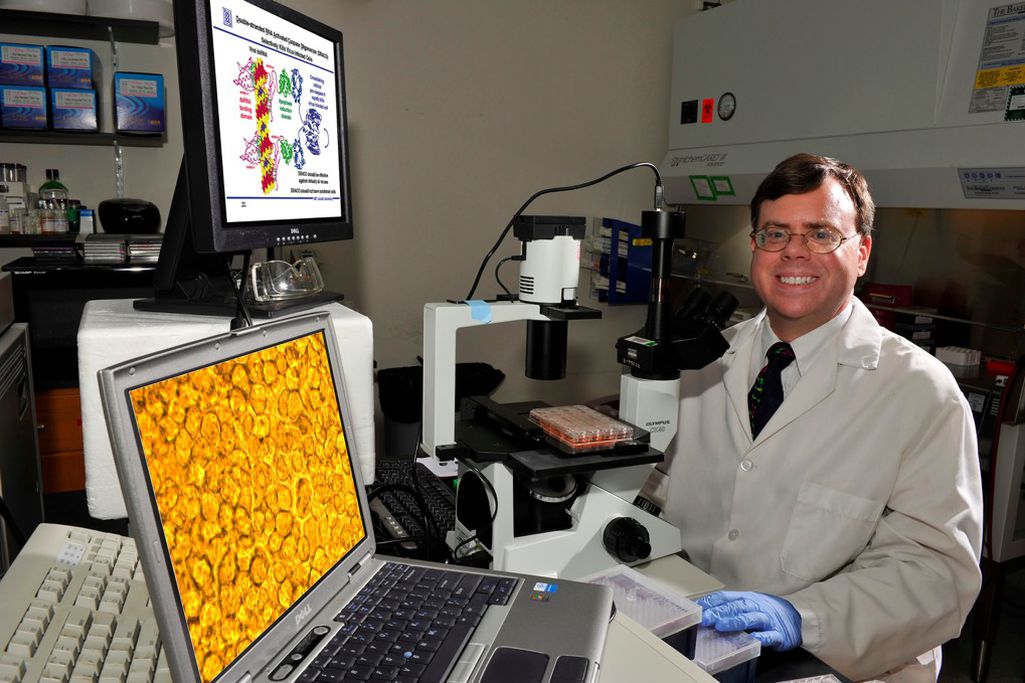 Humankind has battled viruses virtually from the beginning. Take just one example: Variola major, the smallpox virus. Its telltale pocks mark the mummified body of Pharaoh Ramses V, dead now over 3,000 years. From ancient Egypt the disease clawed its way into China, Japan, and India. Over the centuries the human population grew and knotted together in cities, where outbreaks became more severe. Meanwhile, explorers, especially among Europe’s emerging colonial powers, carried the virus to distant lands. By the mid-18th century it was global pandemic, sparing only a few island havens, such as Australia. It killed a third of its victims, including nearly 400,000 Europeans a year. Those spared from death were often left blind or disfigured.

The disease proved implacable, ravaging without regard for class or standing. The only viable treatment was a risky form of inoculation — often the inhalation of dried, infected skin — which produced a weak case of smallpox that doctor and patient alike hoped would prove survivable. Only in 1796 did a rural English doctor named Edward Jenner confirm that cowpox, a related but weaker virus, could serve the same purpose, without the unfortunate side effect of possible death. The method became known as vaccination and marked the beginning of the end for smallpox. In 1979 the World Health Organization declared it eradicated; smallpox exists, officially, only in two high-security research facilities — the Centers for Disease Control and Prevention in Atlanta, Georgia, and the VECTOR Institute in Koltsovo, Russia.

But the defeat of smallpox is an atypical success: only one other virus, rinderpest, has been officially eradicated. Beating a virus is a rare feat – even the common cold still bedevils us — and the battle between humans and viruses continues to claim casualties. In 1918, a remarkably severe form of the flu killed at least 50 million people. In 2009, a related strain of H1N1 influenza – the "swine flu" – went pandemic. Despite the intervening century of medical advances, it killed 17,000 worldwide.

Even the garden-variety seasonal flu can be deadly. It infects up to 20 percent of the US population annually, with the CDC estimating yearly deaths at 3,000 to 49,000 for the four decades between 1976 and 2006. The seasonal vaccine counters three strains of influenza – an H3N2 virus, an influenza B virus and an H1N1 virus – but, like all vaccines, only if administered before infection. In the event of a pandemic, as movies like Outbreak and Contagion have shown, a novel strain could wreak havoc before a new vaccine was developed.

Recent research has produced drugs aimed at particular viruses. These antivirals can disrupt the development of HIV, herpes, and varieties of hepatitis and influenza, but their usefulness is limited by their specificity.

So even today, coping with viral infections often means treating the symptoms and waiting for the sickness to (hopefully) run its course. But what if there were a better way? A way to not just prevent infection from some viruses through vaccination, or inhibit a select few using antivirals? What if there were a way to kill all viruses dead, a magic bullet that'd seek out virus-infected cells in the body, then flip their biological suicide switches, leaving the patient healthy and virus-free?

Over a decade ago, Dr. Todd Rider was in the shower when he had just that idea. Last July, he and his colleagues published the early results of their work; the article’s simple title, "Broad-Spectrum Antiviral Therapeutics," belies the potential breakthrough, which is nothing less than a completely new approach. Rather than containment (antivirals) or prevention (vaccines), this method actually kills virus-infected cells, without harming normal cells. It’s an offensive weapon in the battle against viruses: dubbed Double-stranded RNA (dsRNA) Activated Caspase Oligomerizer (DRACO), it eliminated 15 pathogens, from the common cold to H1N1 influenza to hemorrhagic fevers like the dengue virus. It works across 11 cell types, including human heart, lung, kidney, and liver cells. Mice infected with lethal doses of influenza were completely cured by DRACO treatment. 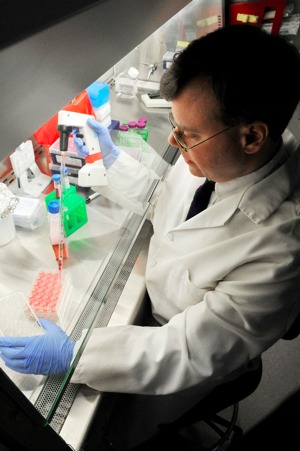 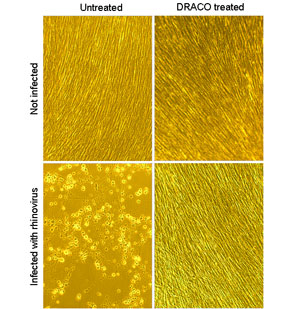 If anyone’s qualified to advance the war on viruses, it’s Todd Rider. He grew up with what he calls "role models of scientists and inventors doing high-risk, high-return, multidisciplinary research in science fiction stories" — that’d be the science-adventurers classic to Jules Verne and H. G. Wells, Dr. Rudy Wells in The Six Million Dollar Man, and, less happily, Dr. Bruce Banner, of The Incredible Hulk. He still peppers his conversations with references to experimental mice that might "turn big and green and angry" or become super-intelligent as in Flowers for Algernon. That early vision of science as exciting and adventurous stuck with him, and he wishes today’s would-be scientists had similar role models.

As a youngster he built a robot dog from scratch, studied ways to transport water around the world as hydrogen instead of whole water, and devised a rocket staging system that could carry 50 percent more payload into orbit with no extra fuel, compared to existing launch vehicles. He filed a patent for the system when he was 17.

With his ranging curiosity, he found the job market dishearteningly uninteresting. "I was really quite dismayed to see that most of the recruiters on campus were from the financial industry, and indeed they still are," he says. The best and brightest among his peers, as he saw it, went off to devise market simulations rather than pursue research and development.

He signed on with a small biotech startup called Aeiveos. Based in Seattle, the company had Silicon Valley in its DNA: started by Robert Bradbury, a software developer and early Oracle employee, its investors included Bradbury’s old boss, Oracle chairman Larry Ellison. Aeiveos — derived from the Greek "aei" ("forever") and "veos" ("young") — planned deep research into the aging process. Bradbury had long sought a "cure" for old age; he likened the human genome to Windows NT in its complexity, and believed that within 20 years science would crack the genetic code, leading to radically enhanced lifespans if not immortality. (A longtime futurist and SETI advocate, he also conceptualized the Matrioshka Brain — a computer large enough to harness the power of a star.)

The plan was ambitious, just the thing that’d appeal to a fan of The Six Million Dollar Man. Rider was hired as a senior scientist, but within two years the company’s funding withered away. Cast again into an unappealing job market, Rider met with a recruiter from the MIT Lincoln Laboratory, the university’s long-standing national defense R&D institution.

"When they made the job offer, I kept trying to find out exactly what the job would be, and they'd just say nebulously, 'Oh, we work on whatever the Air Force wants us to work on,’" Rider says. "It was really the only job offer I had, and I needed to eat, so I showed up." He started out working on missile defense, but soon realized he could dovetail his biotechnology interests with the lab’s larger goals. The lab wanted sensors with military applications. "So, I thought, ok, I'll develop a sensor for military applications that uses bioengineering."

That project became CANARY, a sensor that uses jellyfish genes to detect pathogens. "My philosophy was to borrow from nature wherever possible," says Rider, by using one of the most well-known, ubiquitous pathogen detectors: white blood cells. These workhorses of the human immune system recognize microbial invaders within seconds. By modifying them with genes from the Aequorea victoria jellyfish, which produces green fluorescent protein (GFP), Rider had an effective biosensor. In the presence of a pathogen, the white blood cells would glow, thanks to the GFP. 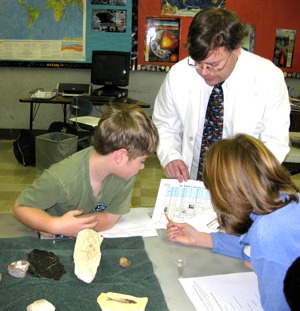 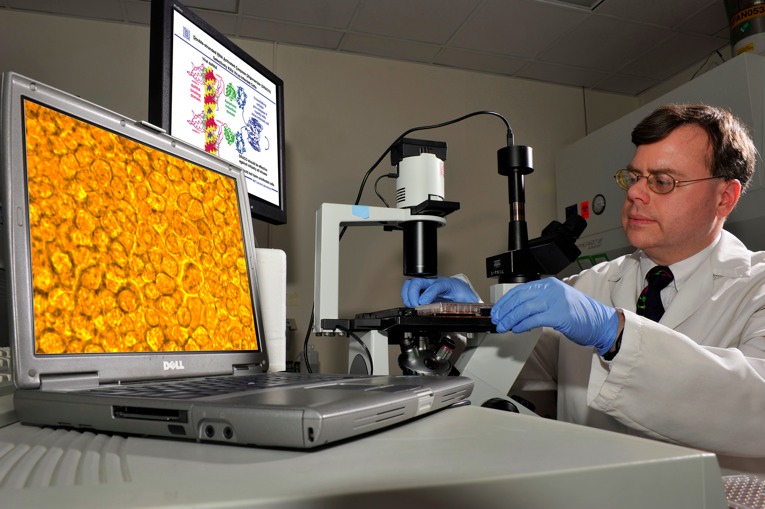 CANARY quickly went from lab project to commercial technology, while Rider moved on to his next challenge. By early 2000 he’d begun to think about antivirals. The progression made sense: CANARY could identify pathogens and bacteria, treatable with antibiotics. But it also identified pathogenic viruses, for which there often were no treatments. That meant "you could simply tell people what they were going to die of." A better option had to exist.

The genesis for DRACO went like this: "It just occurred to me one day in the shower: oh, well, let's cross-wire these two to connect the successful detection of the long double-strand RNA with the successful final activation of suicide in the infected cells." Translated, Rider’s plan involved two parts. First, he knew that certain proteins could detect double-strand RNA, or dsRNA. The "D" in DRACO, dsRNA is found in almost all viruses (a strain of hantavirus is among those that don't), but not in healthy cells — it’s a near-perfect marker. But viruses shut down most responses to dsRNA; likewise, they disable another natural pathway inside cells, one that causes apoptosis, or cell death. Rider thought if he could combine the two, he’d have a viable method, one that detected dsRNA-containing cells and then caused them to commit cellular suicide.

"Nowadays the gene-splicing technology is good enough that you just order anything you want. At that time the technology was more primitive," Rider says, and that meant laboriously building the genes he wanted. He and his team tested variations against one another to see which worked best. Once they settled on the DRACO protein, they added it to E. coli bacteria, producing a protein and moving the project from in vitro proof-of-concept to in vivo treatment that could be administered to animals.

The process was straightforward but time-consuming. "We spent several years testing that in cells against different viruses," Rider says. "We'd show it worked in certain cell types and people'd say, 'Oh, it works in those, but it wouldn't work in these other cells!' So we'd go test other cell types to show it worked and was non-toxic in those cells. We got up to 11 different cell types, then people would say, 'Oh, it works against that virus, but I'm sure it wouldn't work against this other virus! We're not going to give you any more funding until you can show it works against this other virus.'" The current count stands at 15 viruses vanquished in vitro, and two in mice: influenza and Amapari hemorrhagic fever. The difference between the two numbers is largely due to money and time: it’s expensive to test with animals, and it doesn’t move quickly.

But Rider looks forward to the challenge. First he and his team will need to prove wide effectiveness in mice — a variation on, "Oh, it works on that virus, but what about this one?" They’ll also need to prove general safety, though early results are promising. If all goes well, testing will progress from mice to guinea pigs and monkeys, and then, eventually, to humans.

Rider sounds confident about DRACO’s chances. It does, after all, offer a radically novel approach, a new kind of weapon in a millennia-long war. If Rider’s right about its potential, humankind might finally gain a decisive advantage against our viral nemeses.