HTC and T-Mobile have sent invites to an April 18th event in New York, where we might find out when the HTC One S is coming to the carrier.

We've known for a while that HTC's One S was coming to T-Mobile, but both carrier and manufacturer had been mum on when exactly the ultrathin phone would arrive. Then an invitation arrived in our inboxes for an event on April 18th, inviting us to "be amongst the first to experience the HTC One S." That doesn't necessarily mean the release itself is imminent — though it does make the rumored April 25th launch date seem a little more likely — but it definitely seems to be sooner rather than later. It also means that if you're a T-Mobile customer looking for a new phone, you might want to wait a few weeks and get your hands on the microarc oxidation-treated handset that's sure to be among the carrier's best options. 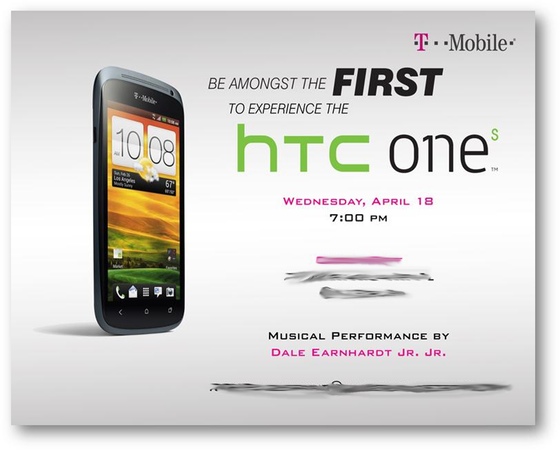 More from this stream HTC One S for T-Mobile: review, price, availability and more