Samsung's latest Wi-Fi-only Android device is smaller and cheaper than ever — but is it enough to take on the iPod touch?

It was just October of last year that Samsung released Galaxy Players 4.0 and 5.0 in the US, for $229 and $269, respectively. This week, the company released the Galaxy Player 3.6 — known outside the US as Galaxy S Wi-Fi 3.6 — to hit that sub-$150 price tier in an effort to provide an alternative media player to Apple’s $199.99 iPod touch. We’ve already put the 4.0 and 5.0 through the paces and came away disappointed. Has Samsung come back with lessons learned and a more competitive product? Take a guess, and then read on.

If the Galaxy Player 4.0 and 5.0's chassis weren't similar enough to the iPhone 3G, Samsung's 3.6-inch variant takes it a step further with a near-identical screen and chassis size, a glossy black front panel surrounding the screen, and a metallic rim that separates the front panel from the sides. At .38 inches, it's thinner than the iPhone 3G but a good bit thicker than the .28-inch iPod touch.

All physical buttons — which consist of the power control and volume rocker — can be found along the upper right ridge. Neither stand out too much and both are too close to one another — often I found myself turning off the screen when I meant to rock louder. Both the 3.5mm headphone jack and the standard microUSB port can be found on the bottom of the device.

The back is actually a nice improvement over other Galaxy Players — a sleek matte dark gray finish, simple insignia, and a 2MP camera (no flash). A microSD slot can be found behind the back cover, as well as the 1500mAh removable battery. Internally, there’s 8GB of storage and a 1GHz Cortex A8 processor.

Samsung provides decent earbuds in the box, but nothing that’ll best your go-to pair. The speaker on the back is passable, so long as you aren’t clumsy like me and rest your finger against it. 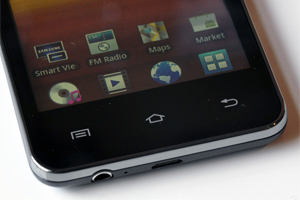 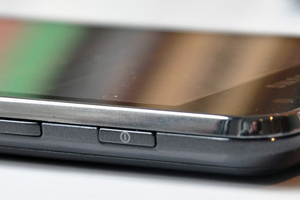 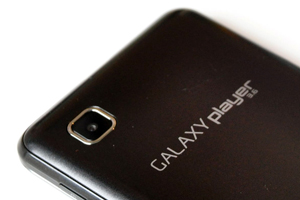 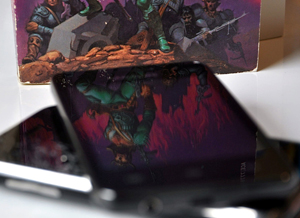 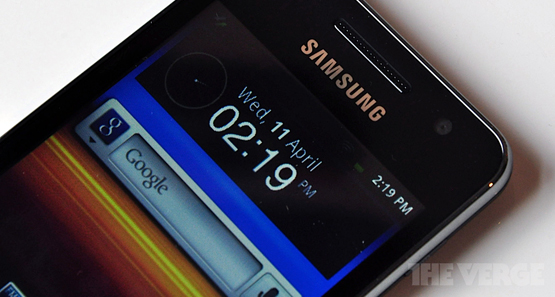 I don't want to dwell too much, but it's worth noting that the 3.65-inch, 480 x 320 TFT display has a very dim max brightness setting and a pretty narrow range of acceptable viewing angles. That's especially true holding it in portrait and twisting left and right. The pixel density, which we calculate to be around 158ppi, is lower than even the first-generation iPod touch (163ppi) and even the Galaxy Player 5.0 (186ppi, 480 x 800 on a 5-inch screen).

That's a lot of numbers, sure, but the qualitative reaction is that this screen is bad. Just bad.

The Galaxy Player 4.0 and 5.0 had 3.2-megapixel shooters that couldn't shoot a sleeping dog without blurring up, and alas, the 2.0-megapixel rear camera on the Player 3.6 fared just as bad (if not worse). To be fair, the colors actually aren't bad, but it's still unable to capture motion with any clarity.

The camera software allows for a few Scene selects and a Panorama mode that isn't bad to use, but you can’t focus in the middle of taking shots and as such, the blurriness is even more pronounced.

There’s a front-facing VGA camera and that should tell you all you need to know — functional for Skype video chat and for taking MySpace profile pics from the early 2000s. 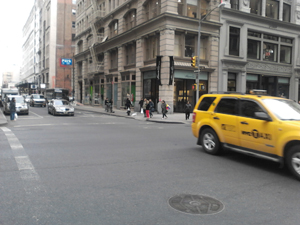 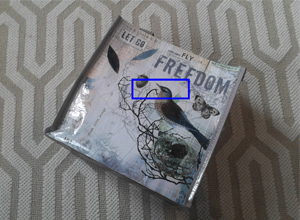 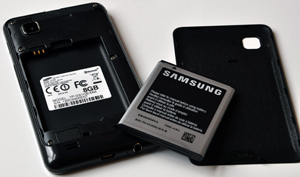 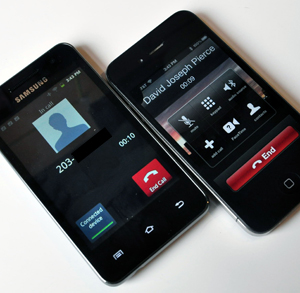 Android 2.3.6 (aka "Gingerbread") came out in September 2011, an iterative update to a feature set that actually debuted in December 2010 with the Nexus S. Google at this point is rallying phones and tablets alike around 4.0, and though Samsung's Galaxy Tab lineup is largely staying up to date, the sub-7-inch phones and PMPs (like this player) are still using the previous gold standard. That's likely to change soon enough with the coming of the long-rumored Galaxy S III, and with a number of other Ice Cream Sandwich-era smartphones due in the coming months from other manufacturers, this is really the last generation where 2.3.6 is acceptable. Given its current ubiquity, however, you should have no problem using the most popular apps from Google Play on this device. We hear Instagram is a popular one. As far as browsing is concerned, scrolling and zooming can be very sluggish. Compounded by a 3.6-inch screen, and you’ll probably want to steer clear of sites not optimized for mobile.

Per usual, Samsung has put its TouchWiz skin over Android 2.3.6. To put it mildly, there are strong opinions on both ends of the spectrum as to TouchWiz's quality, but if nothing else, you can always download an alternate skin like Launcher Pro (with varying results and a few weird visual bugs). The virtual keyboard on a 3.6-inch screen is pretty tough to use in portrait mode, and autocorrect tends to give some creative suggestions.

Like the Galaxy Players before it, the 3.6 has a range of codec support including DivX, WMV, MPEG4, H.264, MP3, WMA, AAC, Ogg, and FLAC — and even if those files are big, you can always expand the storage with a hefty microSD card.

Although not a phone, the Galaxy Player 3.6 can be paired (via Bluetooth) to your phone and act as the receiver. In other words, when someone calls you, both devices ring and you can answer and talk to someone via the Player 3.6 as if it were your own device. Caller ID doesn't work beyond displaying the number (unless it's already in your Google account's address book). Not a bad feature if you were planning to get a Player 3.6 anyway, or if you prefer to leave your 5-inch "also not a phone" Galaxy Note in your bag, but not something that warrants purchase in its own right. And since it's Bluetooth, there's a bit more battery drain on both devices.

As far as battery life is concerned overall, I've only spent a few days with the device but so far haven’t had to charge it. Samsung quotes 40 hours of audio and up to 6 hours playing video, and I’m willing to give them benefit of the doubt here.

Our review of Samsung Galaxy Player 3.6 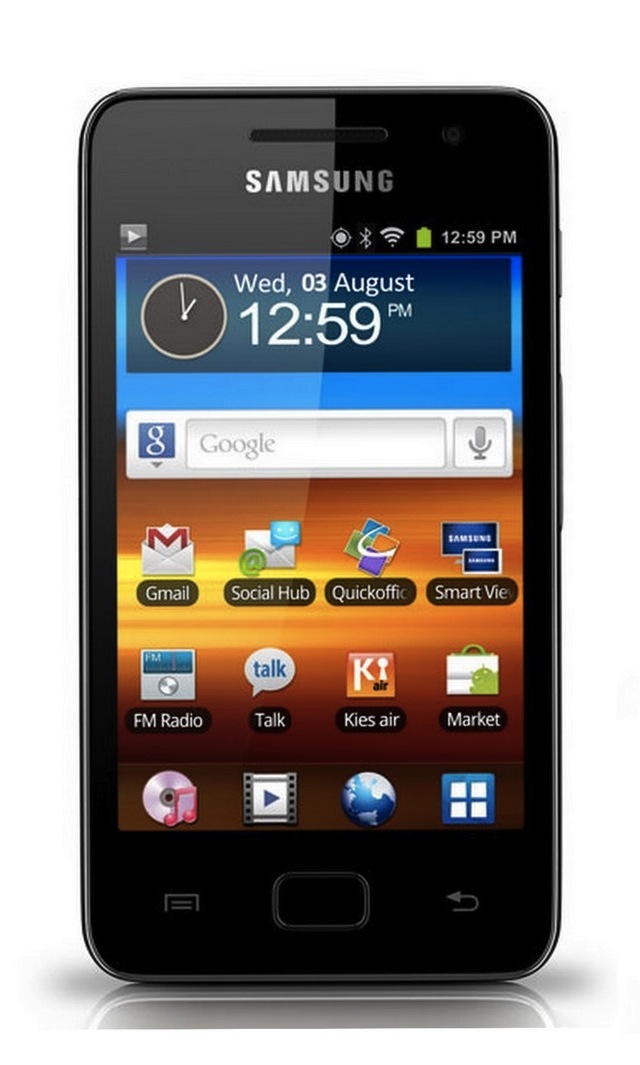 This is not the iPod alternative you're looking for

When we met with Samsung about its Galaxy Player market, representatives for the company told us that it was a newer market and the response so far has been "very positive" with momentum. Only the market itself isn't new — the iPod notwithstanding, there have been a number of Android-powered personal media devices over the years. Still, Samsung is arguably the biggest player and we've no doubt it has enough weight to push its way into a second-place position behind Apple.

But we're not here to talk hypotheticals. If you're still reading this review — and for that, by the way, congratulations and I'm sorry — the most pressing question is, does the Galaxy Player 3.6 have a place in your life? Probably not.

It bests the iPod touch in expandability (thanks to the microSD) and file support, but we wouldn't recommend playing any sort of video on it. The hardware is subpar, and with new iPod touches just $50 more (and used models priced even lower), it's hard to consider this a competitive device. Its raison d'etre becomes even hazier when you compare it to off-contract Android phones from prepaid carriers like Virgin or Boost Mobile, which come at an equal or lesser cost. And of course, if you need a smartphone anyway, you could put that $149.99 toward a pretty high-quality handset on contract.

Samsung's Galaxy brand spans a large spectrum of quality, and the Player 3.6 represents the low bar. Corners were obviously cut, particularly in the display, to hit that sub-$150 mark. It may not be fair to compare this to the iPod touch, because I don't think that was Samsung's intended competitor. I'm just not sure what is.