Images and details on the HTC Incredible 4G for Verizon have reportedly leaked, providing a glimpse at an LTE-capable Ice Cream Sandwich phone that while nice, doesn't quite match up to HTC's flagship One X smartphone.

Verizon tried to spice up the HTC Droid Incredible 2 with a splash of color last November, but information about the phone's proper successor, the Incredible 4G, may have made its way online. Android Police has a set of pictures and alleged details on the Android device, which is said to feature a 1.2GHz dual-core Snapdragon processor, 1GB of RAM, an 8-megapixel camera, and support for Verizon's LTE network. The site's tipster was not able to measure the screen, though it's estimated to be a 4-inch display with qHD resolution. NFC, MHL, and Ice Cream Sandwich with Sense 4.0 are also said to be onboard, and though the device will feature Beats support, it will reportedly not ship with a pair of Beats-branded headphones — matching recent statements from HTC.

PocketNow has a render of the device — also known as the HTC Fireball — which does indeed match the leaked photographs. While the site's details corroborate the leaked processor, RAM, and screen resolution figures, PocketNow also reports that the phone will utilize an Adreno 225 GPU — and could be released as soon as the end of the month. It's hard to compare such a phone directly against HTC's latest and greatest, though as rumored the Incredible 4G would certainly be a nice upgrade from the previous model. Of course, we'll have to wait until the phone is officially announced to know for sure. 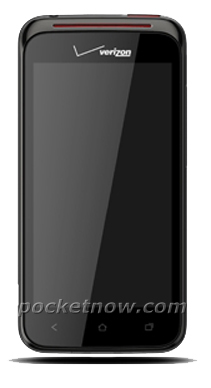