FiftyThree has just announced that its first app, Paper for iPad, has hit 1.5 million downloads in the App Store.

FiftyThree has just announced that its first app, Paper for iPad, has hit 1.5 million downloads in the App Store. In comparison, an app like iPhoto (which is available for both iPhone and iPad) hit about one million downloads its first ten days on the App Store. In the two weeks since launch, seven million pages have been created inside Paper, which lets you sketch, draw, and write using a variety of tools and colors. While FiftyThree wouldn't disclose which in-app purchases were most popular and how many brushes users have bought, it hinted that the amount of people who purchased every brush was surprisingly high. To FiftyThree, perhaps the most inspiring part of the story is how much people connected with "an app we built for ourselves," a "tool we could use every day" as co-founder and ex-Microsof George Petschnigg told us before launch. In a blog post, the team highlighted some crazy illustrations users have completed like this one by artist Sam Spratt (below). 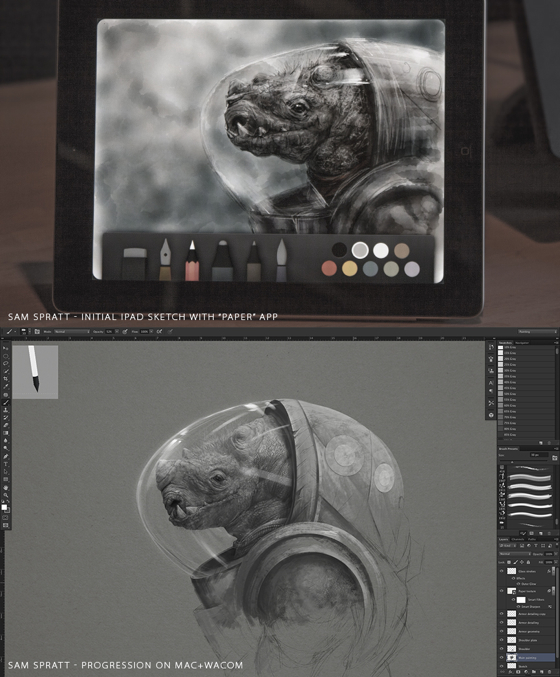