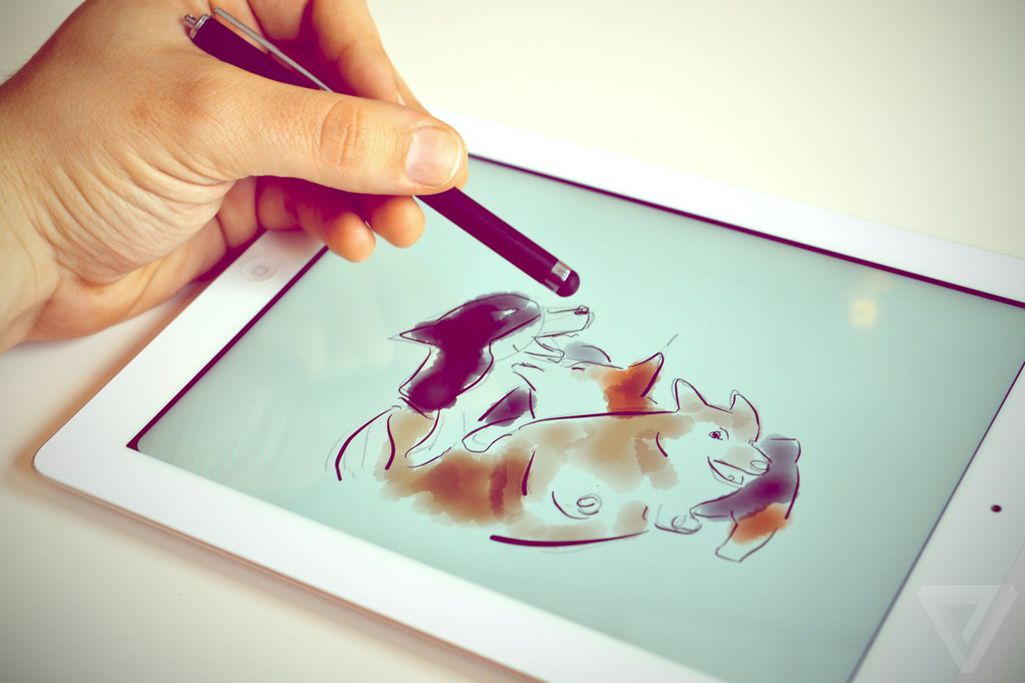 I'm okay at drawing. I used to draw constantly as a kid, but I never really expanded my abilities after Commander Mark got through with teaching me perspective. Over time I grew tired of drawing the same basic cartoon characters over and over, and gave up drawing in favor of a computer's (seemingly) endless creative opportunities.

I'm terrible at photography. I've never taken many photos outside of my work, and I've never even been proud of my gadget shots. I have no "eye," no flair for framing, and everything always turns out blurry, underexposed, and awkward. If I ever dare to Photoshop my work, it always turns out worse.

But Instagram doesn't know that. Instagram doesn't judge. It takes what I do, and makes it look pretty. It doesn't overload me with sliders and options and "masks," it just gives me a few simple "make it look good" options, and leaves it at that. It doesn't make my photos "good" by any empirical means, but it makes them tolerable to be viewed by human eyes, and for that I'm grateful. I'm still so bad that I run Instagram filters on 20 photos for every one I post, but I'm slowly growing in confidence. 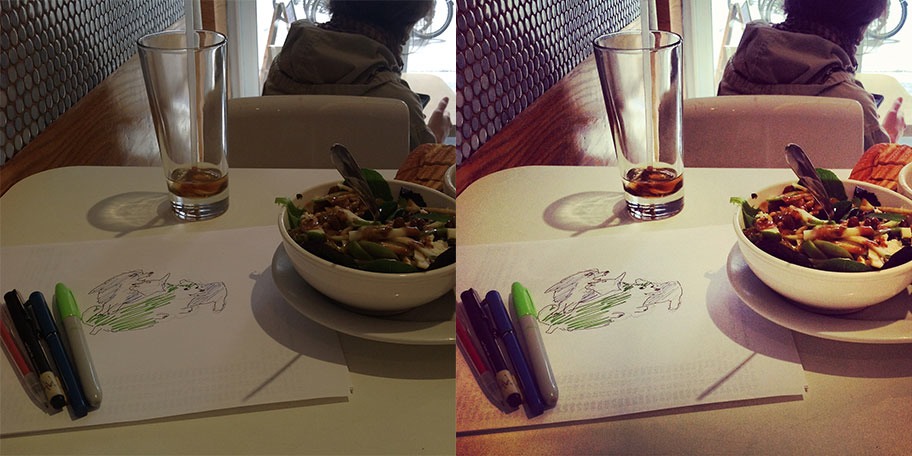 I would argue that the magic of Paper, the recently released drawing app for the iPad by some of the former Courier guys, is similar. Paper doesn't overload me with options. In fact, it severely limits them. There are no layers, only nine color choices... there aren't even multiple brushes until you pay for them. But it helps my drawings look pretty. The brushes autocorrect for my "mistakes," making my lines look smooth, graceful, and elegantly varied. The watercolors blend gently, and aren't precise enough to make me spend my entire day on coloring — they promote sketching, and the reward of being "done." Then I share, for the blue-sparks-gratification-boost of Twitter and Tumblr feedback.

The app has proved surprisingly popular, even with an existing glut of drawing apps to choose from on iOS. A fellow Verge editor actually bought an iPad because of Paper, and 1.5 million people downloaded the app in the first two weeks. There's clearly something here.

Instagram and Paper's minimal functionality isn't just for the sake of "simplicity" out of moral adherence to "simplicity" in design; it's a form of editorializing. It's telling me what looks good, and tries as hard as it can to keep me from making something look bad. Even the limited options of iPhoto let me make something look truly terrible if I slip up on the sliders, but Instagram firmly puts its foot down and tells me "no." When I'm drawing with real-life tools, I can easily go off the rails and either spend too much time attempting to "finish a piece," or get lazy and limit myself to a single tool like a pencil that never really expresses a final vision.

Plus, have you ever tried to use watercolors IRL? It's a total pain in the ass. Just like it's inconvenient to carry a DSLR with that fancy bokeh-tastic 50mm lens everywhere, it's not easy to carry quality drawing paper, quality pencils, pens, and paint everywhere. Instagram and Paper let you compensate on-the-go.

"But what about the innumerable other excellent drawing apps and photo filter apps on the iPad and iPhone?" you ask. Well, it's not that there aren't apps out there with more features, more filters or brushes — probably even better features and better filters or brushes — but most of them are meant for better drawers and photographers than me. The multitude of options in even a simple sketch app like Adobe Ideas means I'm never really done with a piece. There's no set style for me to follow in my drawings, no shared language of limited photo filters that makes me part of a conversation, just a one-man show.

Instagram and Paper don't just editorialize the toolset, they editorialize the end goal: in Instagram it's to post to the social network in miniature, in Paper it's to capture and store ideas, with sharing as a secondary pursuit via Twitter or Tumblr.

Of course, there's always a real danger in editorializing style and purpose: you encourage fads. I was surprised to see Instagram be valued so highly by Facebook recently. Sure, it's great right now, but what happens when we as a culture (or at least a culture of hipsters) move past an obsession with faux-vintage? I'd argue Facebook was more interested in the quality and engagement of Instagram's users than any set of photo filters Instagram has honed over the past couple years. A community based around creation is so much more interesting than a community just based around existing as a human on planet earth (in my anti-social opinion, anyway). 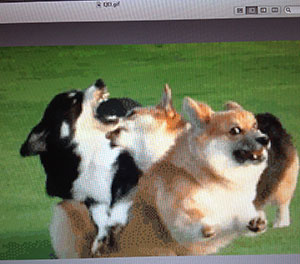 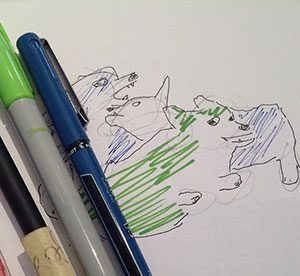 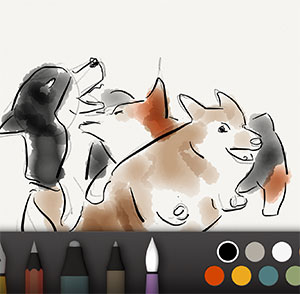 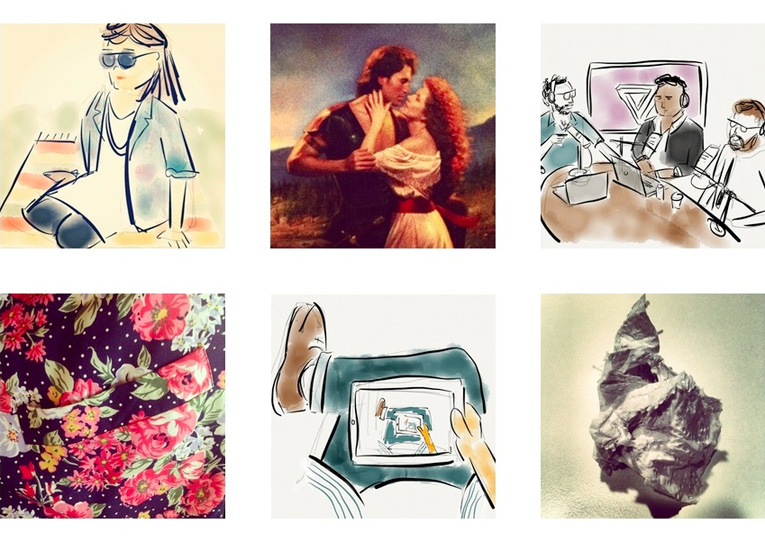 I'm well aware that my love of Paper could fade as quickly as it arose. Perhaps the limitations (of which there are many: no way to reference a photo in-app, a dearth of colors, inability to name drawings that are sent to Tumblr, inability to save or share drawings offline, the inconvenient circular undo gesture) will eventually frustrate me enough to send me to a fuller-featured competitor like Procreate. Or maybe my passion for drawing will fade as it did in the past, and I'll get into 3D modeling again, or claymation, or World of Warcraft.

At times I've chafed against the "beautiful handcuffs" of Apple, the faux-creativity of pre-made themes and styles built into every iLife app. And it's true that for a professional, those tools are completely inadequate. But for a layman, as I consider myself in the pursuits of drawing and photography, there's a real freedom in limitation. At least, limitation done right.

A word of warning, however: the "training wheels" can be seductive. GarageBand lets you play a guitar chord, and Figure lets you build a beat, but while they're about music, and capable of creating music, they're not really teaching you how to be a musician — you're not learning how to drum, or how to play a real guitar. Similarly, I see Instagram and Paper promoting a laziness in some of my work: why worry about framing this photo or learning proper drawing technique if the end result still looks "good enough." As bad as my real drawings and photos look, the only way they'll really get better is when I put down the apps and get to work.