The Facebook app for the PS Vita has been upgraded to version 1.01. The changes include the option to upload and tag photos from the portable game console to the News Feed or a friend's Wall. There are also new language options and support for Facebook Pages.

The young (and fairly barebones) Facebook app for the PS Vita has just received its first update, bringing it to — you guessed it — version 1.01. GBAtemp user masterchan777 posted screenshots showing the app's changelog, and it looks like there are a couple of key additions. First up, you can now upload and tag pictures from the Vita to the News Feed or a friend's Wall; previously you could only add photos to already-created galleries. The app also has support for Facebook Pages as well as "all system languages" now. While they still lag behind the features offered on the iPhone and Android apps, the added photo upload options should help make what we found was one of the worst parts of the app a bit more tolerable. 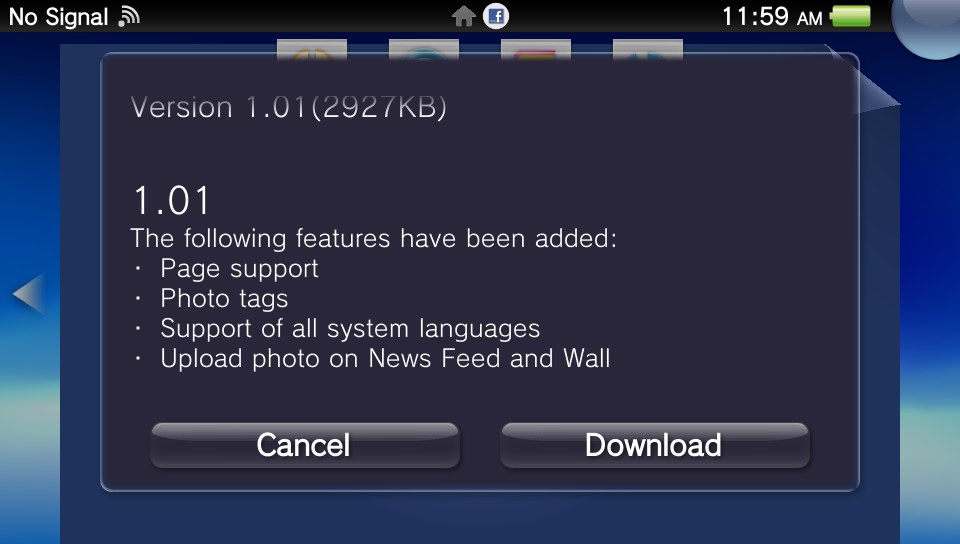