Photos uploaded by a purported engineer at Motorola Mobility have surfaced, featuring the name of a possible new smartphone: the Droid RAZR HD.

Recent rumors have indicated that Google may be planning to sell off Motorola Mobility to Huawei, but that doesn't mean the phone manufacturer isn't hard at work on new products. The name of one possible upcoming device — the Droid RAZR HD — has now appeared in the EXIF data from a series of images uploaded by a purported Motorola employee. The photos in question, stored on Picasa, are listed as being uploaded by Vic Yu, who according to both his Google+ profile and LinkedIn page is an engineer and program manager at Motorola Mobility. Along with the product name, the EXIF data lists a camera with a f/2.4 aperture and a focal length of 5mm. Also of note is the software version, which lists an Ice Cream Sandwich build of 4.0.3 while also including the potential product codename "Vanquish." Of course, it's important to note that EXIF data can be easily faked, and whether the RAZR HD moniker turns out to be legitimate — or is connected with some of the other purported Motorola leaks that we've seen lately — still remains to be seen. 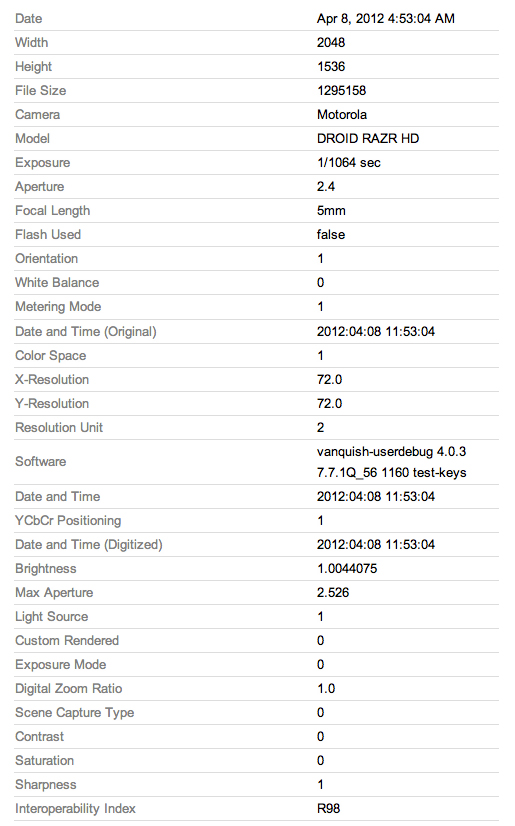