KDDI is showcasing a new iida smartphone design at the Milan Salone Internazionale del Mobile, and it's built around the concept of "fusion," with a manually-wound analog clock.

Japanese carrier KDDI is no stranger to pushing innovative mobile design, with concepts such as bone-conducting speakerless phones and designer ranges like the iida Infobar series under its umbrella. The company is showcasing a new iida smartphone design at the Milan Salone Internazionale del Mobile, and it's built around the concept of "fusion" — namely, sticking a manually-wound analog clock into the bezel of a modern smartphone. KDDI says the design is intended to bring a short moment of luxury to our busy lives as opposed to acting like a simple tool.

Balancing out the clock is an equally-sized hole, able to function as a belt loop or an essential-in-Japan charm strap holder, and the phone has a slip-proof rubber strip running around the side. The handset was designed by Jaime Hayon and looks to be running the same custom "iida UI" Android 2.3 skin that we've seen on the last couple of Infobar phones. Will it ever see release? We're not sure, but stranger things have happened in the Japanese mobile market. 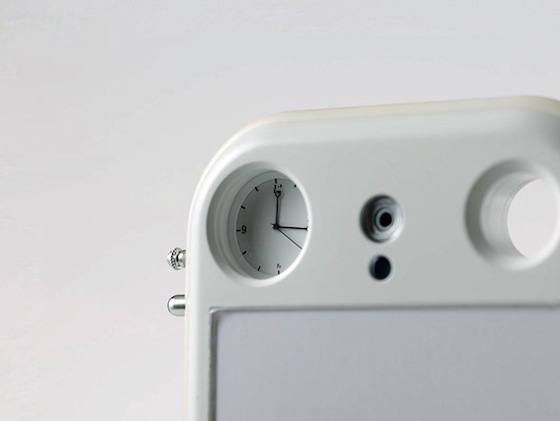 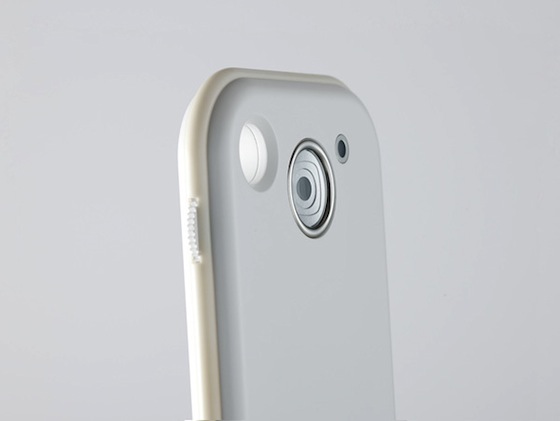