Following the updates rolling out to RAZR and RAZR Maxx, Verizon will soon issue an update to the Droid 4 that claims to resolve stability and performance problems.

In addition to the changes rolling out to the RAZR and RAZR Maxx, Verizon will be issuing an update to the Droid 4 that offers performance and stability enhancements, including improvements to battery life and Wi-Fi connectivity. In our Verge Battery Test, the Droid 4 delivered only 3 hours and 56 minutes of battery life, though whether or not the new firmware makes substantial gains is unknown. The update documentation also mentions fixes to keyboard backlighting and screen lockout issues. An official release date has not been confirmed, but Verizon says that the update is "coming soon." If that's not soon enough, Talk Android claims to have the signed version of the 6.13.219 update available for download now. 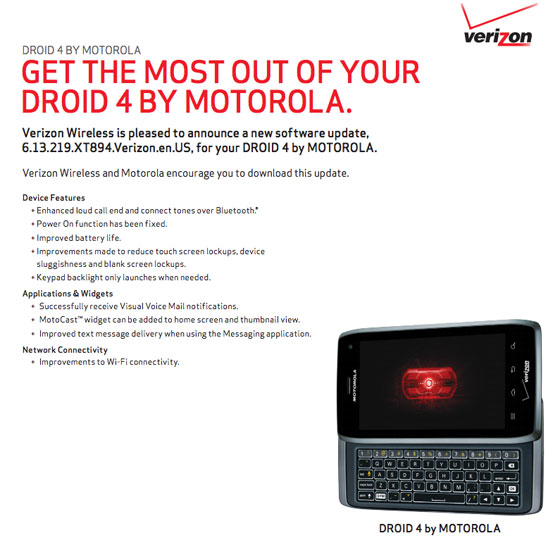