Nokia has released a new ad campaign entitled "The Smartphone Beta Test" in advance of its US launch of the Lumia 900.

We've been expecting something big from Nokia for the American launch of the Lumia 900, and now we're seeing the beginnings of a bold strategy in the form of the Smartphone Beta Test site. At the top of the page sits a video of Saturday Night Live alum Chris Parnell waiting impatiently for a clock to tick down to April 6th, underscored by a trio of "behind the scenes" videos poking fun at the fragility and antenna issues associated with Apple's iPhone 4, and the lack of brightness on the screens of other competitors' devices. The three videos feature our protagonist, Gary, trying to convince some marketing people of the phones' design flaws, while they call him a baby and recommend investing in mortage-backed securities.

"If you ever thought that your smartphone wasn't all that it was cracked up to be, that's because it wasn't."

While whois queries weren't any help in concluding the site actually belongs to the Finnish company, the countdown does roughly coincide with the predicted April 8th launch of the Lumia 900, what looks like the company's logo (albeit redacted) is visible in the top left of the screen, and the whole design of the page screams Nokia. Fortunately, as pointed out by WPCentral, the page's source contains a link to Nokia's site, ending our investigation. With the company going this hard before the Lumia 900 is even released, we're looking forward to what it has in store down the road. 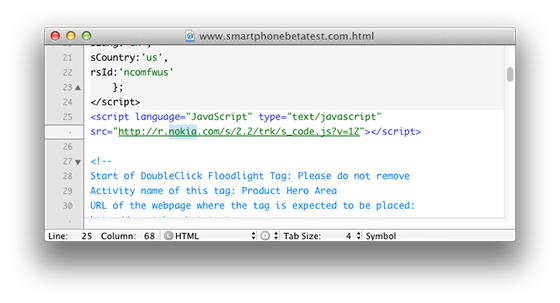 ..hmm...i am getting a lot of emails about smartphonebetatest.com..#betaphone