What's in your bag, Thomas Houston?

Share All sharing options for: What's in your bag, Thomas Houston?

Because I walk or bike several miles a day around New York, I prefer to keep my bag and its contents as light as possible. I used to carry a ton of extra papers, notes, USB chargers, and extra devices, but I've somehow been able to keep my setup pretty streamlined and clean. That way, I can still throw in a DSLR and extra lens without adding too much extra bulk or the need to grab an extra bag. I also tend to keep a print magazine and Kindle nearby, because my carrier-that-will-not-be-named apparently has trouble with tall buildings or gridded streets, making a decent data connection far from guaranteed.

I usually bike to work, so it's important to have an over-the-shoulder bag that's also balanced and light enough for not throwing my balance off as I'm quickly weaving around all the pedestrians and tourists that are forever oblivious to oncoming cars and bikes. Plus, it's nice to have something rugged that doesn't look like superhero gear, and this Ernest Alexander works well both on weekdays and weekends.

Big surprise, right? Like many of my fellow Verge editors, my primary computer is also a MacBook Air, and while it sometimes lacks the video and photo editing power I'd like, it's still the best computer I've ever owned. After lugging a 15-inch MacBook Pro for years, the Air is so much easier to toss in my bag while running around the city and pulling out at coffee shops, events, and while traveling. My back thanks me. Plus, the long battery life makes occasionally forgetting the power cord not the big deal it used to be when the old Pro maxed out after an hour of regular use.

I had an iPhone 3GS until just a few months ago, and recently the iPhone 4S took over as my main phone. It's tough to beat the app selection, and Things, Simplenote, Reeder, Instapaper, and iA Writer are essential for staying organized, writing, and making it easier to keep up with my insane, overstuffed Google Reader account. I also keep an Infuse 4G nearby; it's way too big and generally feels cheap, but it does its job for testing out new Android apps. 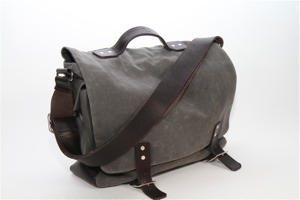 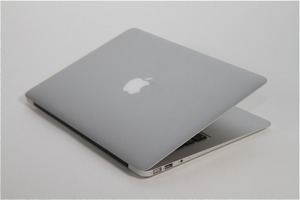 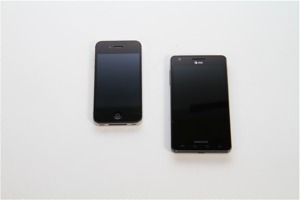 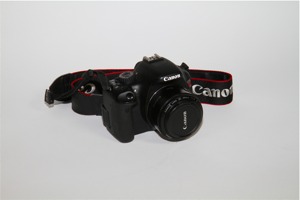 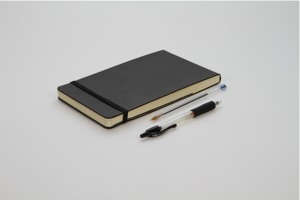 While it's nothing special, my Canon T2i serves me well for quick hands-on shots or video, and it offers a nice mix of weight and photo quality. When I was first getting into photography a couple years ago, I picked up an EF 50mm f/1.8 lens on recommendation from a friend, and for learning the basics and experimenting, it's still the best $100 or so I've ever spent on a lens.

I've got all my to-do lists synced via the Things app across my phone and desktop, but each day begins with a very low tech list written in my notebook. Throughout the day I'll note additional things I need to do — I've somehow convinced myself that it's faster and easier to write by hand — and it all gets digitized before I shut down my laptop. Pen preference? The Pilot G-2 0.38 gel is my primary choice, though they seem to always be disappearing from my desk.

I've only recently started regularly using a Kindle, and more than any other app or device, it's probably been one of my favorite purchases of the past few years. By the end of the day, the last thing I want to do is look at another glowing screen, and I've found Instapaper's clean Kindle integration is the best way to catch up on my reading list. Now, if only someone would create a Whispersync service for all highlights and annotations across all devices…

Countless bumpable, swipeable, Bluetoothable apps have tried to disrupt the classic printed card — don't get me started on QR codes — and for my money, nothing yet beats it. Especially when the back is covered with classic NASA testing imagery.

I've got a cheap pair of earbuds for subway trips and running — I've burned through way too many pricey pairs to use anything else for the commute. For traveling and day-to-day work, I'm a big fan of Sony's MDR7506, which are comfortable enough to wear for hours at a time. While the design hasn't changed in ages and they're not the most rugged choice out there, they offer a consistent sound that's not too bass heavy. 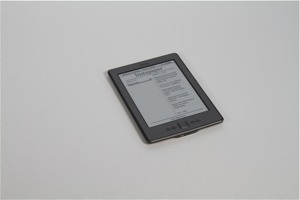 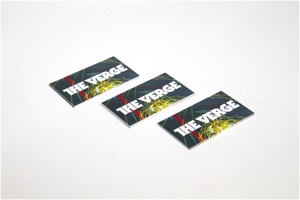 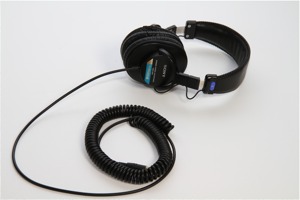 Yes, the new electric vehicle tax credits are really confusing, but we can help