If you haven't yet heard of Intel's Ivy Bridge processors, you might be living under the proverbial rock: between Intel's own boasts of having invented a new 3-D transistor, countless leaked roadmaps, and overeager OEMs intent on deploying the silicon, we've known practically everything there was to know about the company's 3rd Generation Intel Core Processor (codename Ivy Bridge) for weeks, if not months. Today, however, Ivy Bridge is official, and Intel's announcing its first fifteen chips: six quad-core mobile powerhouses, five full-voltage desktop parts, and four low-power desktop CPUs.

Here's what you need to know: 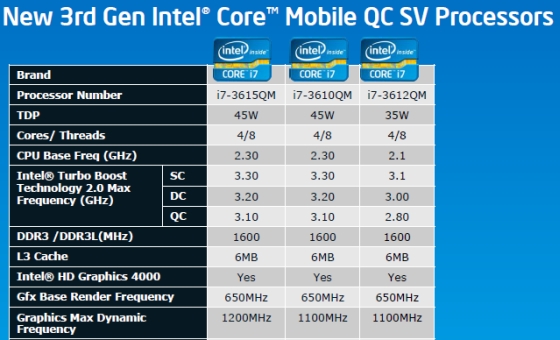 On paper, there don't seem to be many compelling reasons to choose a third-generation Intel Core processor if you're already running second-generation Sandy Bridge silicon — yet — but we're eagerly awaiting the first batch of real-world reviews to cement that. By the same token, there certainly don't seem to be any reasons not to buy if it's time to upgrade your rig, unless you're waiting for dual-core, ultra-low-voltage, or perhaps the promises of AMD's Trinity.

Update: Take a look at some of the first Ivy Bridge reviews right here.