Share All sharing options for: BYD Qin plug-in hybrid car has an in-dash robot to keep you company

Chinese auto manufacturer BYD unveiled a new car named the Qin at the Beijing Auto Show last week. It's a pretty unremarkable plug-in hybrid, aside from one aspect — that awesome looking robot on the dashboard. Details are pretty scant at the moment, but China Car Times hypothesizes that it will be pop up from underneath the dashboard, and be connected to the car's networking system. The voice-controlled system manages wireless internet, location services, music downloads, and driver fatigue detection (which will presumably be handled by the robots built-in cameras. Rather than bringing anything particularly revolutionary to the table, the robot puts a human-like face to the functionality you'd find in a regular car computer. The Qin might be the first car to be sold with a pop-out robotic assistant, but in-dash robotics isn't a completely fresh idea.

When does something stop being helpful and start becoming a distraction?

Audi's Affective Intelligent Driving Agent (AIDA) was developed by MIT back in 2009, and apart from looking fantastic, also behaved like a somewhat anthropomorphic GPS, learning your driving patterns and making suggestions for new routes. Nissan's less inspiringly-named Robotic Assistant (RA) featured in one of the companies concepts last year, and was tasked with analyzing your mood to make sure you're in a suitably happy state to drive. Finally, Pioneer's miniature penguin-like Driving Partner Robot made an appearance at trade show CEATEC in 2006. It used a built-in camera to detect street signs, stop lights and other environmental factors, all while flapping its robotic wings and chirping in a manner that we're sure wouldn't drive you crazy while stuck in traffic. With all of these projects, there's the question of viability in a real-world environment — when does something stop being helpful and start becoming a distraction? Unfortunately, we're not likely to discover the answer to that ourselves — BYD doesn't export its cars much further than Russia, making this car unlikely make the journey across the Pacific. How long until manufacturers wise up to the fact that we all want robots to keep us company during our daily commutes? 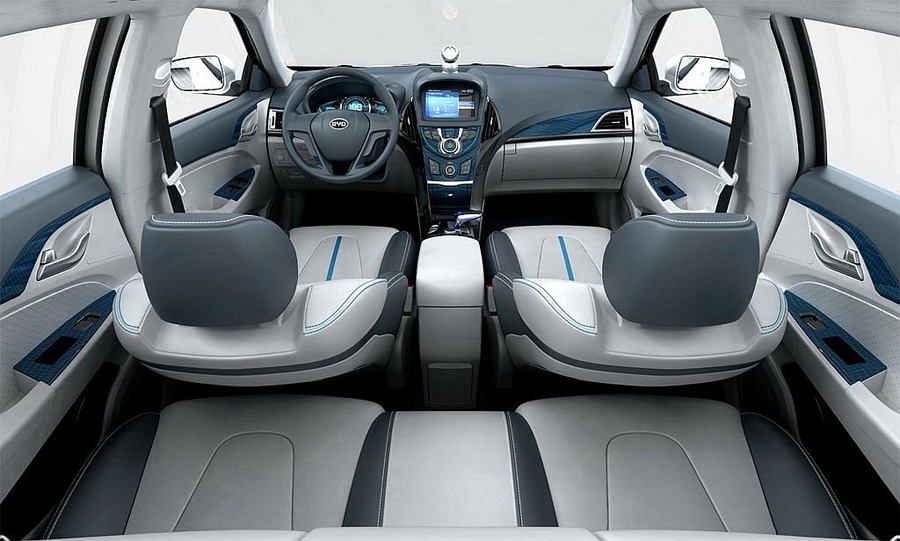