Over the last several years, mobile hotspots have gone from science fiction, to luxury, to must-have accessory for many business travelers. Most smartphones have since added hotspot functionality as a standard software feature, but it’s not quite the same — a dedicated, pocketable hotspot doesn’t drain your phone’s all-important battery. If you’re out in the sticks without access to Wi-Fi and you’ve got a laptop or two (and perhaps a tablet) that need access to the internet, there’s just no substitute.
That’s why companies like Novatel Wireless and Sierra Wireless keep iterating on the mobile hotspot concept, and that’s also why carriers like AT&T and Verizon keep adding them to their lineups. But really, what is there to iterate? Last year’s Verizon hotspots already had LTE support; these aren’t like smartphones where displays and processors are getting better every few months. Well, it turns out that Verizon’ Novatel Wireless-sourced Jetpack 4620L actually does have a better display — but that’s only part of the story. Let’s have a quick look at what this refreshed version of the 4510L is all about. 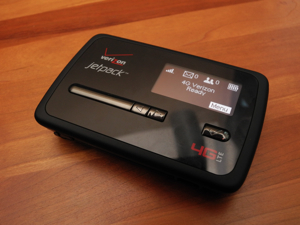 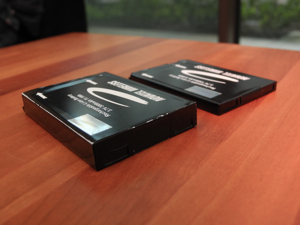 Update: After calling Verizon stores, it appears that retail units of the 4620L do not include the extended battery that Novatel Wireless provided with our review unit. We've updated the score to reflect the battery life of the included standard battery. The company has now told us that the extended battery will be available later for a yet-to-be-announced price.

Our 4620L came with two batteries and battery covers, which is twice as many as the 4510L: a standard battery rated at 1,500mAh and an extended one rated at 3,000mAh. With the standard battery attached, the device looks roughly the same as older MiFis; with the extended battery, it's quite a bit fatter. Unless you intend to carry it around in a pair of skinny jeans, though, there's little reason that a device like this needs to be svelte and sexy — it's not a smartphone, after all.

If you let your eyes go out of focus, you'd be hard-pressed to tell the 4620L from the older 4510L that it replaces. A closer look, though, reveals a number of differences: the bright chrome accents are gone, for one (these kinds of devices tend to get abused and thrown around, and it wouldn't surprise me if the wear and tear characteristics of the chrome ended up being a problem). Along the lower edge, you've got a standard Micro USB port, multicolor LED (which flashes different colors depending on charging state and type of network you're connected to), and an external antenna connector protected by a rubber flap. The upper edge holds the power button — more on that in a bit.

The front of the 4510L was dominated by a vertically oriented, segmented E Ink display, but that's been replaced here by a landscape monochrome OLED and three buttons (left, right, and select). The E Ink display definitely gets the check mark for "cool factor," obviously — it was innovative and had the advantage of drawing zero power in a steady state, which meant that the older model could indicate power, signal, and the number of connected users at all times. Realistically, though, the OLED is a marked improvement. You can't make many configuration changes directly from the device (that's what the web portal is for), but if nothing else, being able to quickly call up the Wi-Fi password instead of prying off the battery cover and checking the sticker is extremely helpful. The display times out after a few seconds, but it can be toggled back on by quickly pressing the power button.

Speaking of the power button, as I mentioned earlier, it's been moved. Like MiFis before it, the old 4510L had a big, round power button on the top of the unit that was far too easy to accidentally trigger while in a pocket or a bag. I'd regularly sit down at a cafe, only to open my Timbuk2 and discover that the device was turned on, hotter than the surface of the sun, and down 20 or 30 percent in battery since I'd started my journey. On the 4620L, the button has been moved to the upper edge, flush, and seems to require considerably more effort to press. That's a good thing — I haven't had it accidentally turn on a single time in the course of my testing.

Novatel Wireless added a speaker to the 4620L. That may seem like an odd addition for a device like this, but it serves one important role: if you've got the hotspot turned on, out of sight and out of mind, you'll get a high-pitched beep to warn you when the battery is getting critically low. That could be enough of a warning to save the day if you're in the middle of an important Skype call. The beep could stand to be a bit louder, but it was enough to get my attention.

Perhaps the most annoying thing about the venerable 4510L — the thing that prevented it from being a mobile hotspot superstar — was that it was needlessly fussy about charging at launch (though that was fixed with a firmware update later on). You couldn't use it either as a hotspot or a tethered modem while charging over a computer's USB port unless you "fooled" it by using a special cable that lacked the data portion of the USB connection. In other words, it was useless when the battery was low unless you had Novatel Wireless's OEM wall charger handy (I never did, and I suspect most road warriors never did, either). Thankfully, that's been totally fixed out of the box in the 4620L — charging is now totally effortless whether you're connecting it to a wall charger or a PC. Just plug it in and it charges. 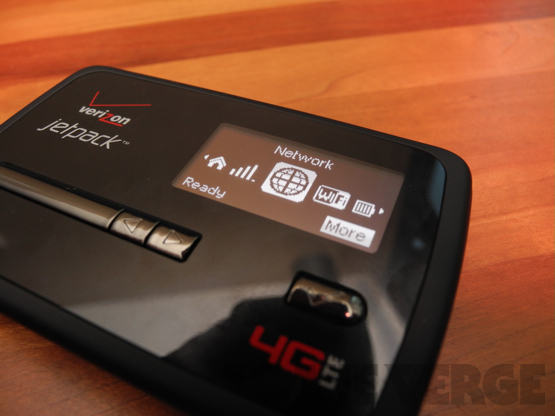 In my testing around Chicago on Verizon's LTE network, I got download speeds ranging from 8.5Mbps to 12.5Mbps and uploads of 4.5Mbps to 10.5Mbps; ping times were consistently around 50ms. These are all good numbers and roughly what I'd expect knowing what I know of the carrier's typical LTE performance. The unit was generally connected to my MacBook Air during the review; I never experienced any hiccups or disconnections.

The extended battery on the 4620L is rated at exactly twice the capacity of the standard one, and my test results more or less match up with that. With the standard battery attached, I squeezed 3:05 out of the unit before it shut down; with the extended battery, I got 6:40. That very roughly translates to one percent of drain every two and four minutes, respectively. Both results were achieved in excellent signal reception, so keep in mind that you could see lower results if you're just getting a bar or two in your area. Extremely aggressive use (constant video streaming, for instance) would yield less life, too.

As I mentioned earlier, the extended battery makes the 4620 fatter, but not annoyingly so — and there really isn't a compelling reason why this type of device needs to be ultra-thin. I'd recommend keeping the extended battery attached as standard practice, because knowing that you've got over six hours of untethered internet at your disposal is a pretty compelling prospect. If you wanted, you could keep the standard battery and cover tucked away in your bag as a "reserve" power source. 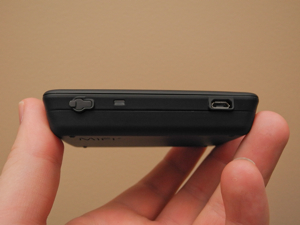 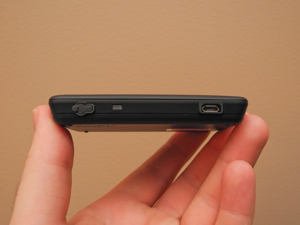 This is the best dedicated mobile hotspot I’ve used

This is the best dedicated mobile hotspot I’ve used. I came into this review finding it difficult to believe that the 4620L would be worth an upgrade for owners of last year’s 4510L — both units look roughly the same and offer LTE compatibility. What more could you possibly need from a device this simple? Amazingly, though, the new model is indeed something that serious road warriors need to consider: no-fuss charging from any USB port makes it a worthwhile upgrade alone. Add the available extended battery and helpful display and you’ve got an easy winner.