Microsoft's next-generation Office 15 suite is tipped for a beta release in June, after screenshots of a Technical Preview "Refresh" leaked to the internet this week.

After announcing its Technical Preview of Office 15 back in January, Microsoft has kept quiet about its plans for a promised summer beta. That might be about to change shortly though, as some are expecting the beta to arrive in June — possibly alongside the Windows 8 Preview Release. Paul Thurrott got his hands on a "Refreshed" Technical Preview copy of Office 15 recently, revealing that animations and the overall look and feel of the apps have been improved. 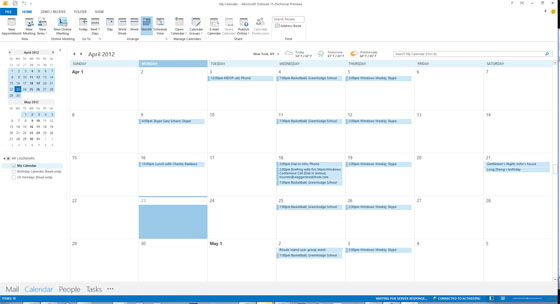 Thurrott has posted a number of low-resolution screenshots from the latest build, noting the updates in a Reading Mode and fullscreen feature, alongside a blue theme for Outlook 15. The overall design appears to be tweaked to match Microsoft's Metro design style, with the flattened areas and white space that we saw in the original Technical Preview. It doesn't look like additional testers, outside Microsoft's strict TAP program, will get a copy of the next Office suite just yet though, the public beta is expected around June and a final release looks set for early 2013.