Planetary Resources has announced its plans to launch a personal space telescope and other prospecting craft that will target near-Earth asteroids for resource mining.

After releasing some details this morning, Planetary Resources is outlining its plan to open up deep space exploration by mining near-Earth asteroids (NEAs) for water and precious metals. As previously announced, the company will be building a series of craft first to prospect for potential resource-bearing asteroids, then to chart a course and bring them back to orbital depots or even to Earth. Planetary Resources co-founder Eric Anderson acknowledges that the company is in a very early stage, but he claims that the company will be launching its first spacecraft, dubbed the "Arkyd," within 24 months and hopes to identify the first asteroids for mining within the decade.

The ship that will launch is likely going to be the Arkyd 101, which operates in low-Earth orbit as a space telescope. The Arkyd 102, another telescope, has also been developed. The 100 series is designed as a personal telescope and a proof of concept for the company. After that, the 200 series will push forward into space, doing the first actual asteroid prospecting. The 300 series, which appears to be the ultimate goal, will then "swarm" into space to check the material composition, location, spin rate, and other information about the asteroids. A team of about two dozen engineers is currently working for the company. 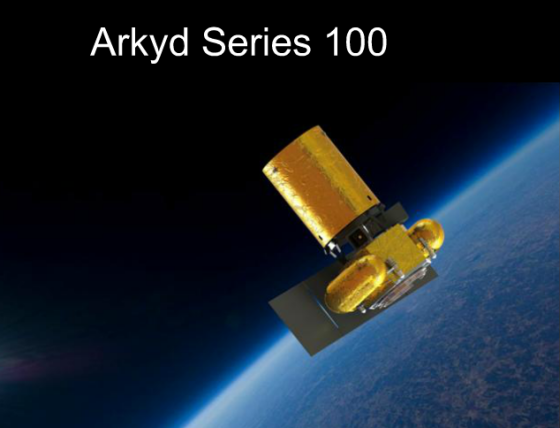 The group hasn't given specifics on the cost of the Arkyds, but it claims the launches will cost "tens of millions" rather than the usual "hundreds of millions." It also appears to be getting significant backing from its investors. If the company succeeds in reaching asteroids and mining for water, it could set up an orbital depot to supply NASA with either liquid water or separated hydrogen and oxygen for fuel (an idea directly influenced by the science fiction novels cited several times so far.) The overall goal is to extend space flight capabilities, either for the private or public sector."Its ultimate plan is to 'bring the solar system within our economic sphere of influence.'"

As mentioned before, Platinum group metals are the second element that Planetary Resources wants to recover. A single ounce of these precious metals, Peter Diamandis says, sells for $1,500 or more, making them one of the few materials that could be recovered from space at a profit. Currently, they're being mined from asteroids that have crashed on our planet. "We've been mining asteroids for centuries," Anderson jokes. "We've been mining them on Earth." Although the price would decrease as scarcity did, the metals are used in enough motors and other electronics that demand should continue to grow.

While it's open to forming partnerships and plans to commercialize the data it obtains, Planetary Resources isn't going to expand on the human-based space flights of Anderson's Space Adventures. For the foreseeable future, it's sticking with robotic exploration, so while we might see robot operations on asteroids, you won't get to ship out to work on orbital platforms. Given that the company has so far avoided mentioning SpaceX and Blue Origin as much as possible, though, we're guessing that Planetary Resources is positioning itself as a competitor to the major commercial spaceflight companies rather than a pure mining operation. We haven't gotten any specifics about who might be partnering with the company, but it apparently already has a coterie of "customers" who will be using its technology in some way.Sorry, no human space miners in the near future

The project is high-risk, and neither we nor Planetary Resources seem entirely sure how the business model is going to work. If it succeeds, it will be years down the road. The team, however, compares it to the development of personal computers, which were originally seen as having a limited application. The project is nominally about asteroid mining, but its ultimate plan is to "bring the solar system within our economic sphere of influence." "It's very difficult," says Diamandis, "but the returns and benefit to humanity are extraordinary."