This was the original 'Google Phone' presented in 2006

Documents uncovered as part of Oracle's Java case against Google have revealed early plans for the "Google Phone," a platform that would ultimately become Android.

Share All sharing options for: This was the original 'Google Phone' presented in 2006

Two years before the T-Mobile G1 introduced the world to Android, Google presented carriers with the "Google Phone — a device that looked a lot more like the portrait QWERTY Android prototype shown in early 2008.

At the time, Google bemoaned that "basic phone user interfaces and the ability to integrate as a 3rd party are still a barrier," telling T-Mobile that Mountain View's expertise combined with the carrier's unlimited data plan would be a win-win. (Of course, six years later, unlimited data plans are an endangered species.) 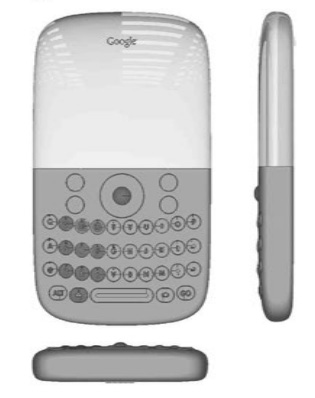 The designs have surfaced in Oracle's case against Google over Java, with Oracle's attorneys pointing out that Java is a frequent mention across the original slide deck: "Leverage Java for its existing base of developers. Build a useful app framework (not J2ME). Support J2ME apps in compatibility mode. Provide an opTMobileized JVM (Dalvik)," one slide reads.

Google emphasized even in 2006 that it wasn't trying to undermine carriers — at least, that was the message they were conveying to T-Mobile — pointing out that the phone would run T-Mobile's SIM and would be T-Mobile's bill every month. Google, meanwhile, would provide the hardware and the "integrated services." To quote the deck, "low acquisition cost, high end data customers." Driving customers to high-end data plans has become part and parcel of the smartphone revolution — carriers are always looking for higher average revenue per user (ARPU), a figure commonly cited in quarterly earnings reports.

The baseline specs required two soft menu keys, indicating that touchscreens weren't really in the plan at all

Exact specs for those first concepts aren't detailed, but Google does spell out what it had in mind for the least common denominator across Android devices. An ARMv9 processor of at least 200MHz, GSM (3G preferred), 64MB of RAM and ROM, miniSD (yes, mini, not micro) external storage, a 2-megapixel camera with a dedicated shutter button, USB support, Bluetooth 1.2, and a QVGA display with at least 16-bit color support — a far cry from today's 720p screens. At that time, touchscreen support wasn't a requirement — in fact, the baseline specs required two soft menu keys, indicating that touchscreens weren't really in the plan at all. Optionally, phones could also include a QWERTY keyboard (as the G1 did), Bluetooth 2.0 + EDR, a "secondary display," Wi-Fi, GPS, and hardware graphics acceleration.

Back in 2006, Google had Android working on TI's OMAP850 processor "in three form factors," and functional apps included the dialer, home screen, messaging app, contacts, and an early example of Android's ubiquitous WebKit-based browser; implementations of Google Talk, Gmail, Calendar, MMS, "chat-based SMS" (presumably a threaded messaging app), and POP email were expected for Q3 of that same year. That's a lot of functionality considering that it would be another year and a half before we'd see the first Android prototypes on display.

All told, Google expected Android to be certified by carriers between June 1st and August 31st of 2007, at which point it'd be released to manufacturers. Of course, it wasn't until October of 2008 that the G1 hit shelves.