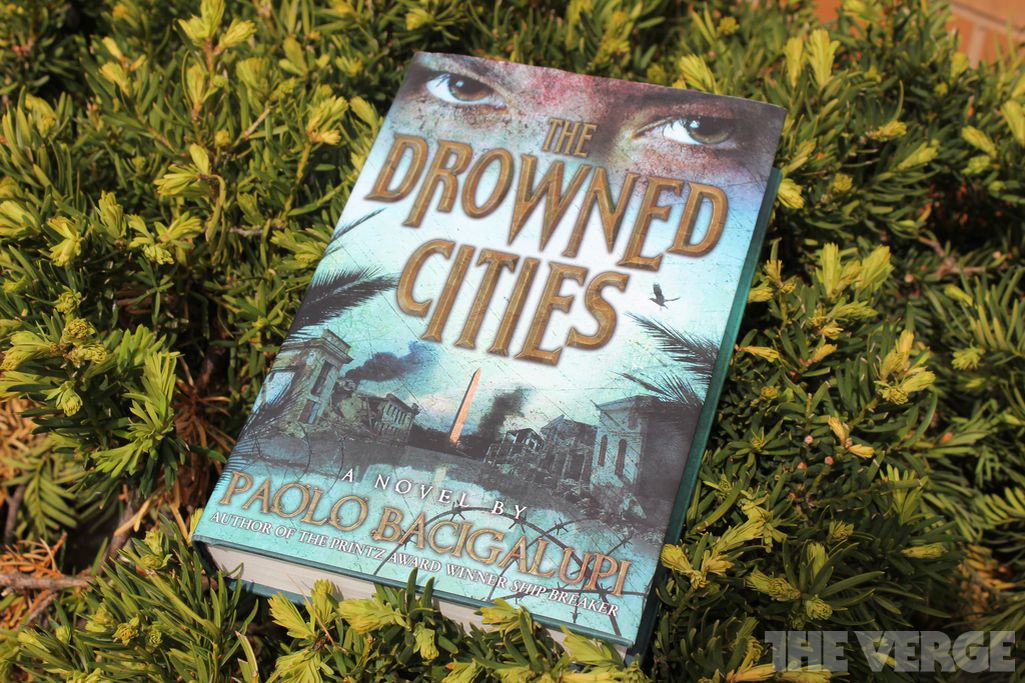 Every few years, critics wonder anew whether young adult (YA) fiction, particularly science fiction, has become “too dark.” If such a cultural shift actually happened, it was long before I learned to read, but there is something alluring about YA dystopias that persists even after one is beyond the age of perpetual angst. Good YA tends to present a relatively limited setting extremely well, focusing on a small set of characters on the cusp of adulthood. For authors like Paolo Bacigalupi, who writes fiction in both YA and adult genres, it's a chance to pare down a huge idea (the entire world, destroyed by global warming) into something relatable.

Since YA science fiction tends to be more accepting of overt politics than modern SF or “literary” fiction, it's also a natural fit for someone whose work is a vicious condemnation of inequality and self-interested blindness to suffering. Bacigalupi's characters and settings are often nuanced, but the ideals that permeate them are undeniably political and even polemic — one of his first stories revolves around a beautifully malformed girl inadvertently eating her lover, who has been killed and cooked by his wealthy owner.

Bacigalupi has written in other settings, but he frequently returns to a post-apocalyptic world still recovering from the collapse of what's called the “Accelerated Age,” when oil was cheap and natural resources were sold off to rapacious private buyers in order to enrich equally greedy and short-sighted bureaucrats. After a nebulous political and economic collapse, environmental disasters have claimed most low-lying areas, and technologists make as much use of clipper ships and animal labor as they do computers and gene splicing techniques.

Even in a field populated by child-murder tournaments (The Hunger Games) and sad-eyed housewives fused with eternal infants (Pure), The Drowned Cities stands out as one of the most brutal pieces of YA fiction in recent years. In the Drowned Cities, a future Washington, DC devastated first by flooding and then by endemic violence, nobody much uses high technology at all. After a failed Chinese peacekeeping operation, the city has been left to warring nativist factions whose hatred for each other is trumped only by their feelings for "collaborators" who worked with, loved, or were born of the foreign occupiers. Neutrality is impossible: civilians who fail to show enough allegiance to the current ruling warlord are scarred with acid by teenage soldiers. Mahlia, the young protagonist, has her hand amputated because her father is a Chinese peacekeeper.

The basic setting isn't all that different from a hundred other post-apocalyptic stories, and Bacigalupi's salvage-based America owes a great deal to The Ear, the Eye, and the Arm, a classic YA novel that also dealt with class differences and war in a post-oil world. What's truly unique, however, is the immediacy he brings to the subject. Mahlia, who lives with a pacifist doctor at the beginning of the book, seems genuinely flattened by her experiences: first abandoned by her father; nearly killed along with her mother, who continued to believe that peacekeepers would return to save her; and then treated as an outcast because of her connection to the old regime. Her only real friendship is with Mouse, a fellow refugee who once saved her life.

The boy-girl friendship of Mouse and Mahlia is a standard for such novels, but it's handled well here, avoiding both ill-placed romantic tension and forced odd couple pairings. The tension in their relationship is not because of their differences, but because their world makes any permanent friendship dangerous. While Bacigalupi's earlier Ship Breaker focused on small-scale cruelties and inequality, Drowned Cities presents an all-encompassing war where the old exploit the young, the young kill the old, and every act of satisfying revenge begets another disaster.

There's not a great deal to say about the writing of The Drowned Cities, but that's largely a good thing. The prose is low-key without feeling affected, and the voices of the characters, while not all that distinct, approximate the frustration and hopelessness of children with too much past and no apparent future. Bacigalupi wisely steers clear of too many neologisms, which often feel forced in science fiction; the few he uses aren't brilliant (wolf-coyote hybrids called "coywolv" and "sliding" as a synonym for "crazy" or "tripping") but at least sound like something a person would actually say.

Despite the spare writing, the settings are memorable, especially the flooded metropolis of Washington, DC, which is swallowed up by water "like the whole city had suddenly wandered off and decided to go wading in the ocean." The Drowned Cities is a believably militaristic place, civilian life seeping in around the edges of the endless patriotic battles. Despite its reclamation by vines and animals, Mahlia's world is filled with vibrant and well-sketched people, even if they treat her with — at best — veiled hostility and suspicion. 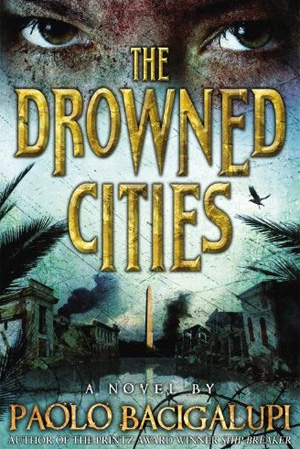 Mahlia sees a way out of her hard-won but precarious position when she meet the novel's central symbol and driving plot force: Tool, a half-man genetic cocktail of tiger, dog, and hyena. Bred as an invincible, eternally loyal soldier, Tool has long since abandoned his master and now embodies the cruel, pointless, but somehow principled violence of the Drowned Cities. The book draws an implicit comparison between the genetically engineered Tool, trained from birth in a Spartan-like creche, and the teens of the Drowned Cities, branded with militia marks and forced to brutalize former neighbors in training. As one of the soldiers says, "We aren't born like this. They make us this way."

When Mouse and Mahlia find Tool nearly dead and hunted by a local warlord, Mahlia devises a loose plan to use Tool both to escape the Drowned Cities and to buy a modicum of the power that has been used so often to hurt her. As you might expect, it doesn't exactly work, but the wary alliance between Mahlia and Tool provides a link between Mahlia's very personal experience and the larger political concerns of her world.

Tool's side of the story, unfortunately, is less satisfying. He's certainly not a bad character, and he provides some of the book's most memorable vignettes. When Mahlia takes a gun off a captive soldier, Tool admonishes her to look at it and "resist its swagger," showing her layer upon layer of paint from its previous owners:

She could look at the gun and see the history of hands that had held it. Soldier after soldier, making it his own. Covering it with luck symbols and charms, Fates Eyes and crosses and whatever they thought would give them the edge.

And every one of them was dead.

Despite being a supporting character in Ship Breaker, though, there’s relatively little continuity or development for Tool himself. It's particularly strange because he performed a very similar role there, helping down-and-out children on a dangerous quest, yet everything we're told of Tool in The Drowned Cities suggests that he's unused to looking out for anyone but himself. As a science fictional concept, however, the half-man works very well. One of the book's most pleasant surprises is its approach towards technology. Bacigalupi is at his best when he treats the science in his stories as a black box, allowing us to imagine mutant creatures without having to worry about how their creation makes sense.

In previous books, he's attempted to explain what's going on — often unsatisfactorily — and now, thankfully, he dispenses with concrete technological descriptions and downplays futurism altogether: nearly everything he describes could be taking place right now. Sadly, this means that you won't see some of the gloriously strange things he's capable of imagining. Bacigalupi's most fascinating creations have walked a tightrope between superhuman capability and enforced weakness. The titular windup girl of his first novel, for example, is fast and deadly, but her almost poreless skin — designed for beauty — and telltale gait reduce her to complete dependency. Half-men's doglike loyalty is supposed to hobble them in the same way, but Tool has thrown this off well before the start of the book, and the conflicted super-soldier isn't treading new or particularly intriguing ground here. 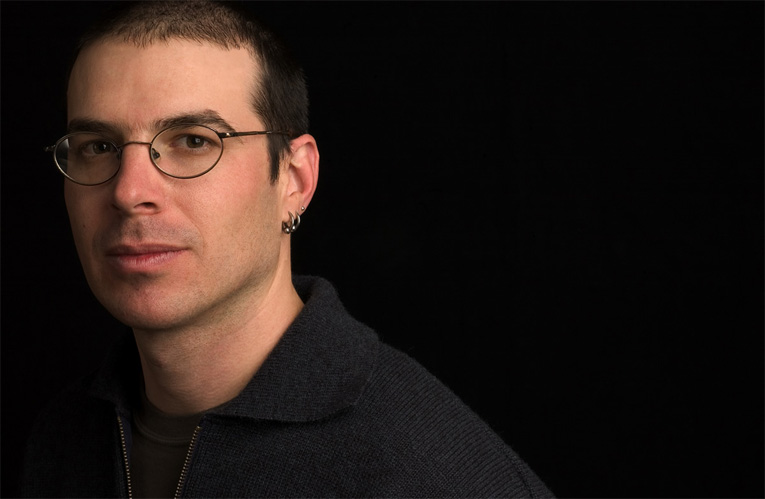 To be sure, Mahlia is a kind of trope as well: the hardened apocalyptic survivor who learns compassion when faced with the loss of a friend. But she's a well-written and endearing example of it, particularly because the narrative never confirms that compassion is the advantageous choice. Mahlia's kindness is rarely rewarded, and the hodgepodge of gods that populate the novel are clearly only there to allow for a little self-delusion. "No one ever said things balance out," a soldier tells Mahlia. "That's for Fates and Rust Saint worshippers." Mahlia doesn't learn that love is the answer; she chooses it against all better judgment, and in the end, it's not even clear that what she's done ever really helped. The only consolation she has is that unlike outright cruelty or blind fanaticism, it doesn't seem to make things worse.

I mentioned Bacigalupi's politics before, but at this point I'd like to note that although the theme of corrupting power is definitely here, it's less obviously fictionalized than usual. Like much disaster SF, The Drowned Cities works, to some extent, by shifting misery that's expected elsewhere into a more jarring setting. It draws from the climate disasters of Bangladesh and the collapsed, warring states across Africa. China doesn't yet deploy peacekeeping forces, but the backlash against its immigrants is similar to what happened to Indonesian-born Chinese in 1998.

I can think of plenty of situations where this would feel exploitative, as if a tragedy is only worth writing about when it's pulled into America or set in a fantastical context. In this case, though, it feels more like a warning, a reminder that we're not so far away from these events as we'd like to be. All it will take is a push, a few floods and storms, and our comfortable world could be upended in a way that's far from a survivalist fantasy. Regardless of whether you find his premise likely, it makes for compelling reading.

After all that, it feels almost odd to say that Drowned Cities is almost uplifting for a Bacigalupi novel. I'm not entirely sure why, but I think it may be because unlike some previous works, it offers the possibility of redemption as well as revenge. There's plenty of catharsis to be had, along with an assurance that not even the most powerful are immune from harm. But it also acknowledges that the villains are tragic as well as monstrous. Ocho, the same young soldier who derides Mahlia for wanting things to "balance out," is bitterly jealous of her attempts to rescue Mouse from danger:

No one had ever come for him... not his mom, not his dad, not his brother, not a dozen people who he'd called his friends back in his town on the coast, not a one of them had ever come looking for him, trying to get him back. They'd just let him go. That was the difference. But this castoff cripple-hand civvy girl had come all the way in.

Ocho scowled down at her limp body. See what loyalty gets you? See?

Ocho is obviously poised to become a sympathetic character from the start, but the rest of the soldiers, however cruel, are as much victims as abusers. Villains are there — primarily the manipulative adult leader of Ocho's militia force — but even their indefensible actions are part of a pattern set long before their birth, a pattern that could be changed by the right combination of factors. The Drowned Cities may present little hope for the human race, but it at least allows that a few people — fully human or otherwise — might be able to rebuild.