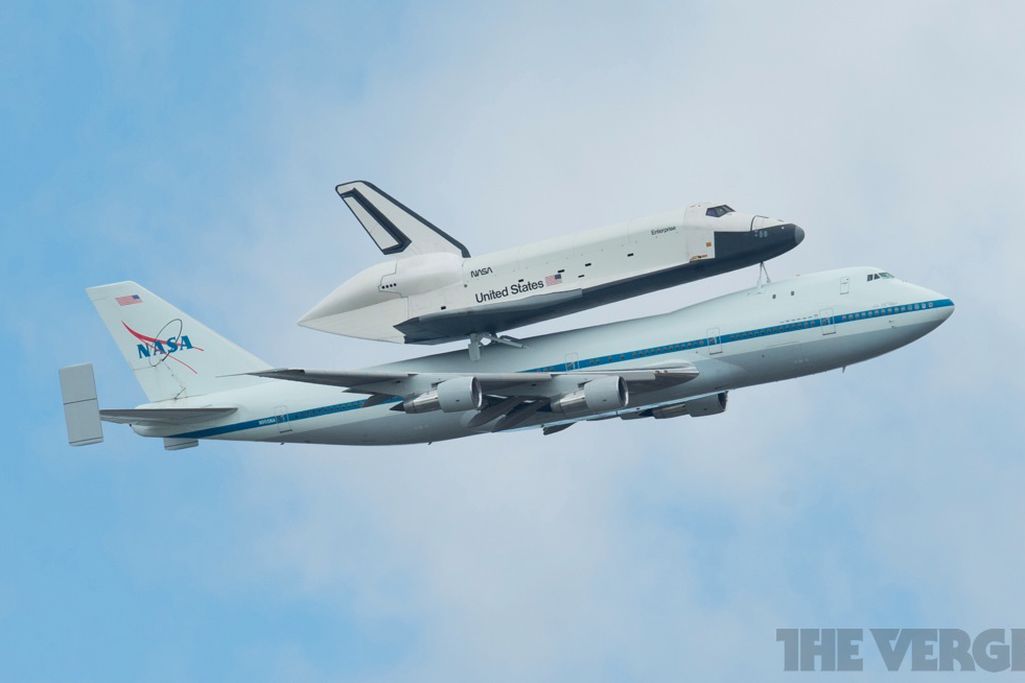 This morning, the Space Shuttle Enterprise flew into New York City on the back of a NASA 747. Several weeks from now, the plane will come to its final resting place atop the Intrepid aircraft carrier, where it will become part of an exhibit, but for now it's still a flying machine — even if it needs a little help while airborne.

The Enterprise was airborne for the first time in decades, after spending time at the Air and Space Museum in Washington DC, and its landing at JFK is likely its last. It was originally built in 1976, and though it never made it into space it was a test vessel for other shuttles that would eventually make it into orbit.

In case you couldn't see the sight for yourself, we went down to Hudson River Park in Manhattan early Friday morning, set up, and took pictures of the Enterprise's journey, along with the fighter jet that trailed it during its flight. The crowd in Hudson Square park was dwarfed by those elsewhere in New York, but there was still an audible gasp when the shuttle first appeared, and a huge cheer as it flew off toward the airport. Even though we spent most of the time behind the lens of our cameras, it's easy to figure out why.

Everything below was shot with either a Nikon D4 coupled with a 400mm lens or a Canon 5D Mark II with a 70-200mm lens. Nearly everything was shot at 1/1000 shutter speed, at f/8 and ISO 320. (Go here for high-res versions of these pictures, and many more from the event.)

Michael Shane contributed to this story. 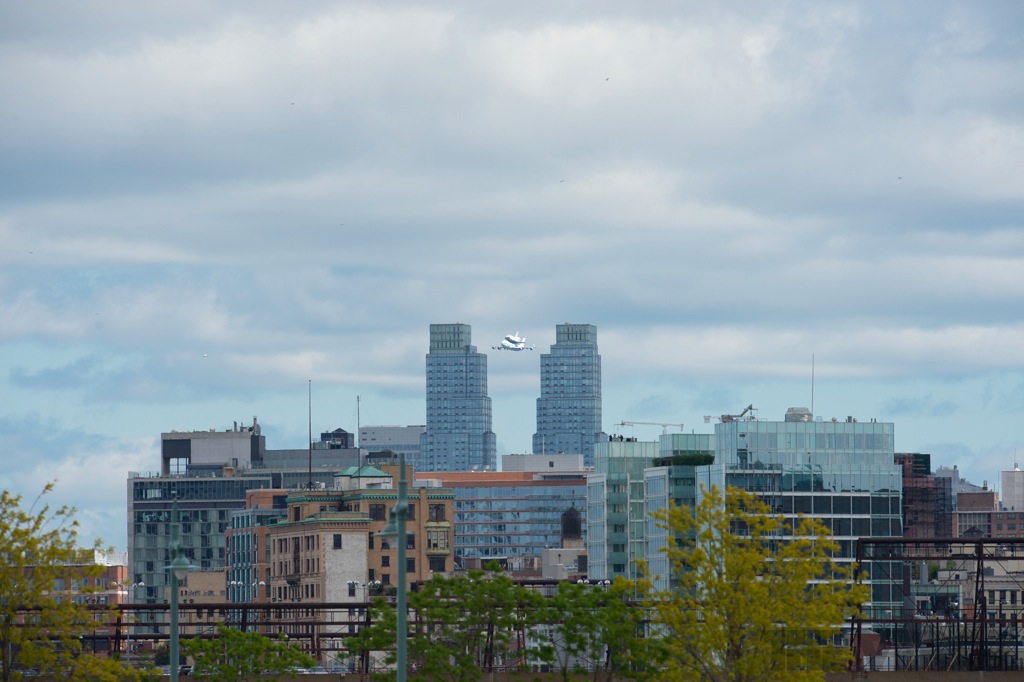 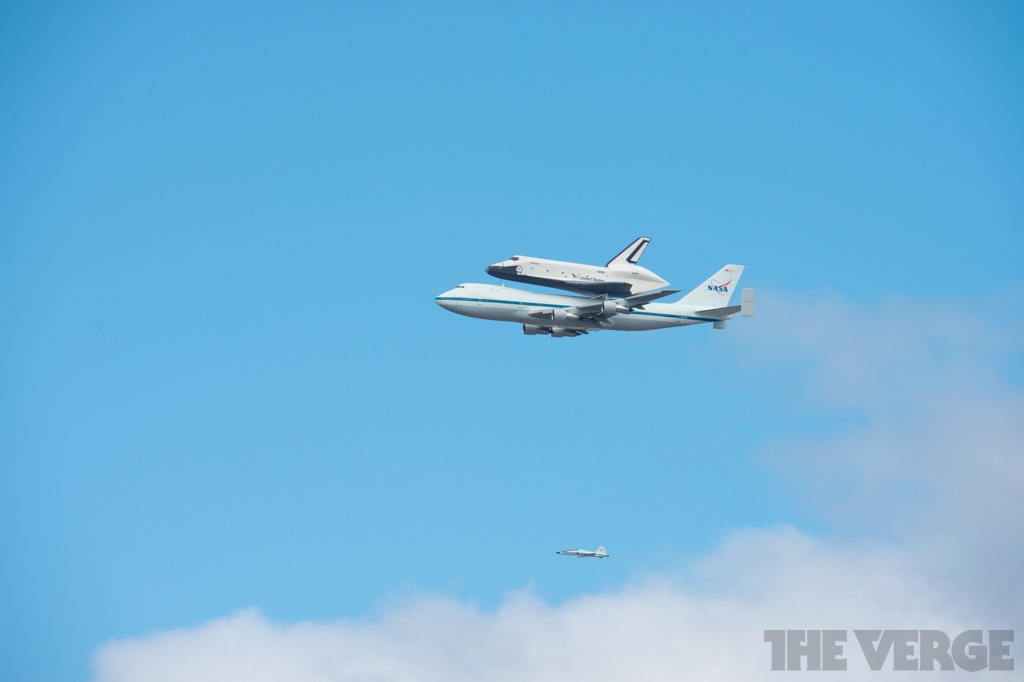 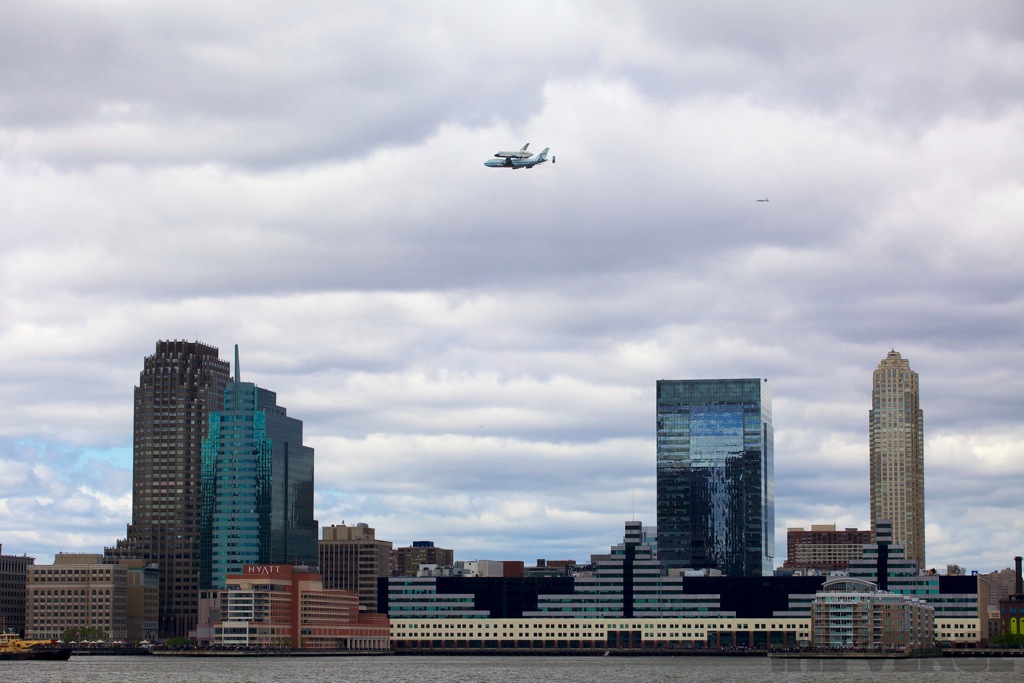 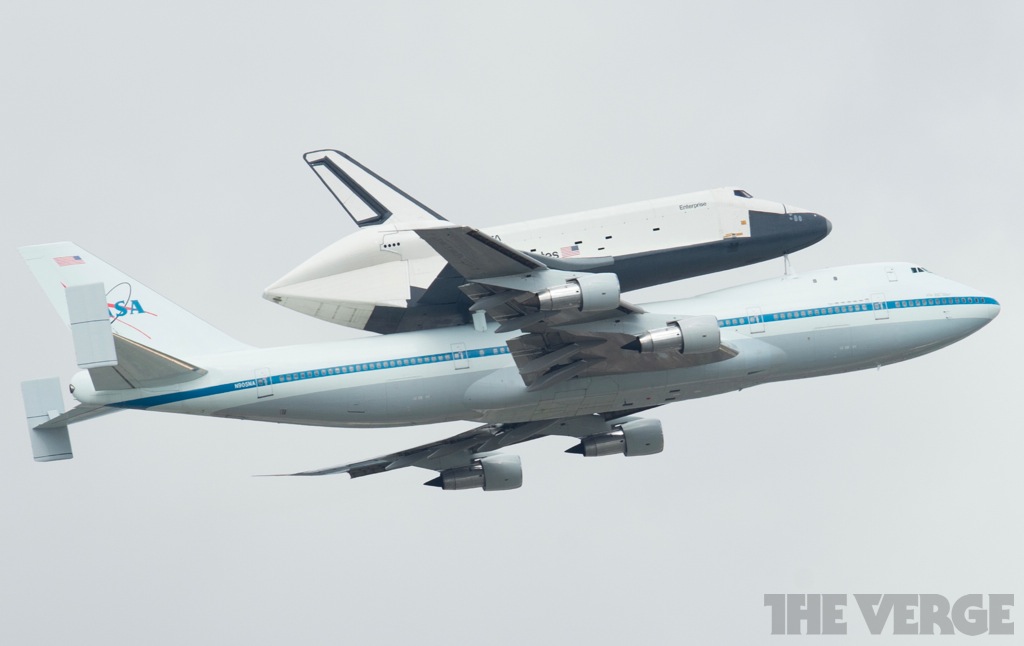 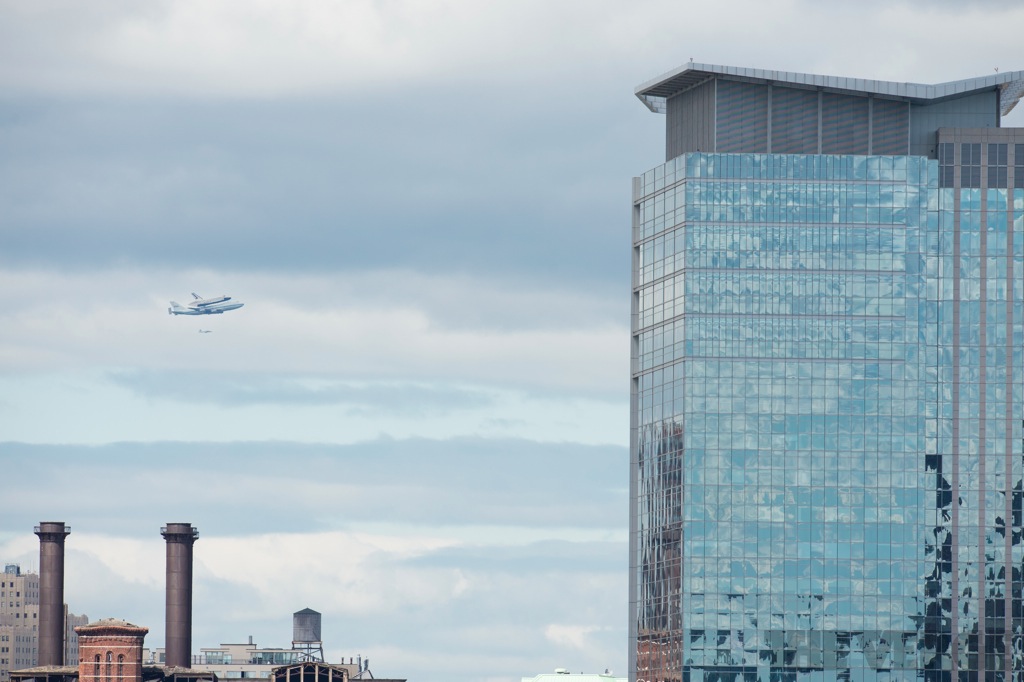 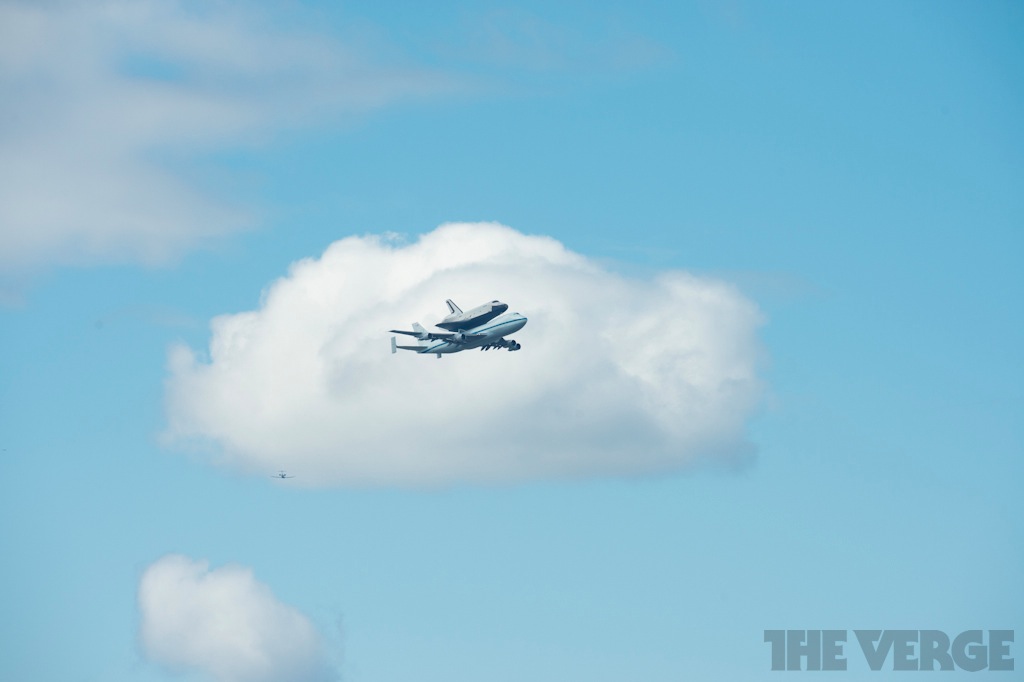 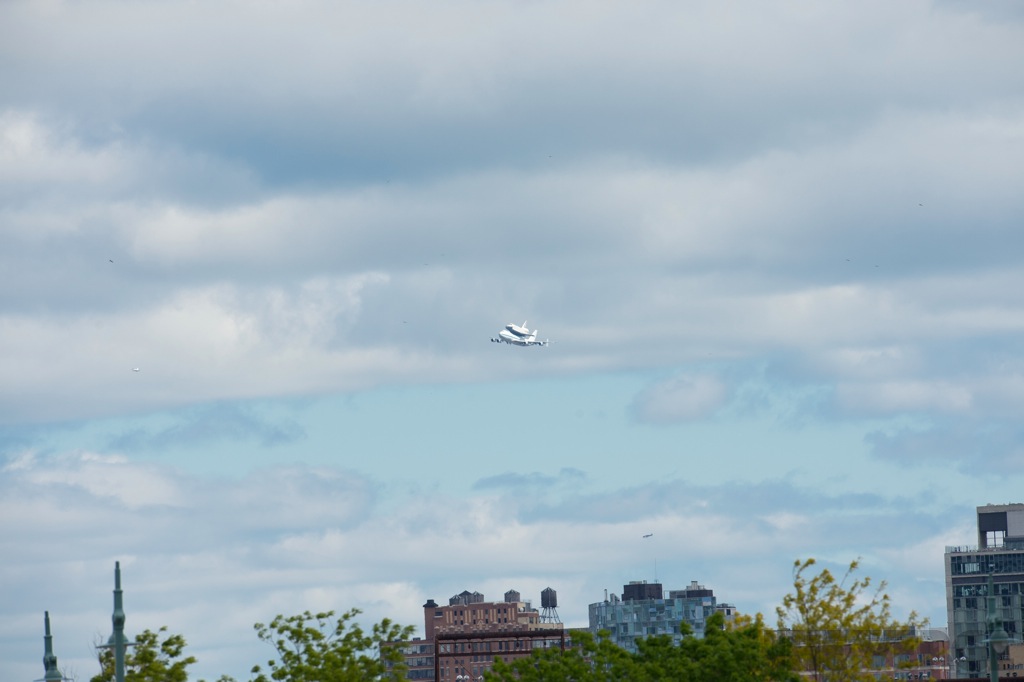 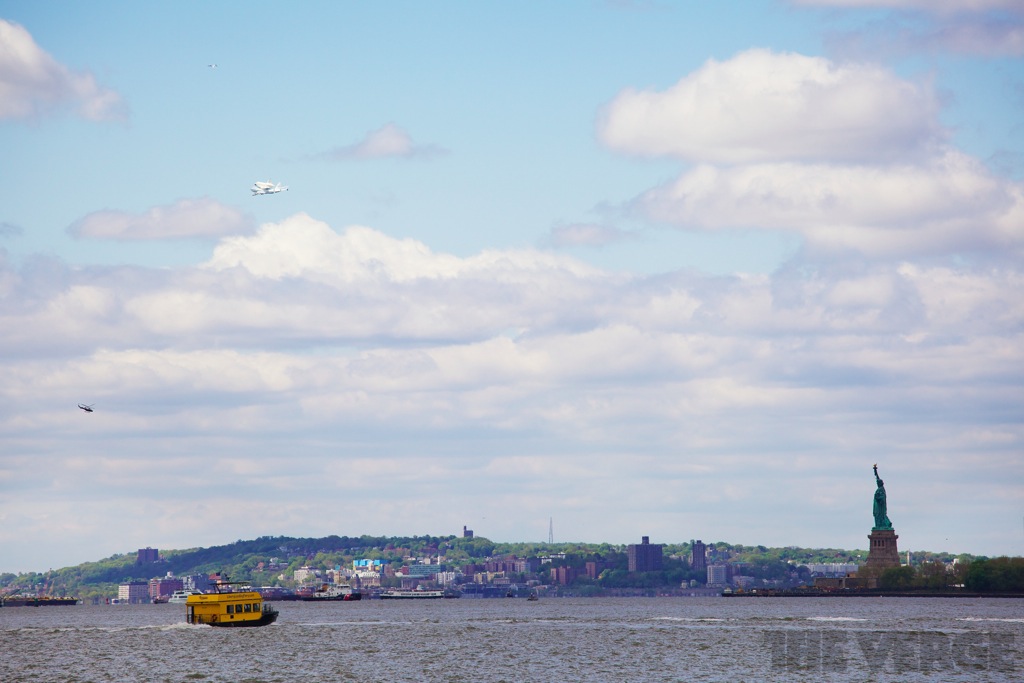 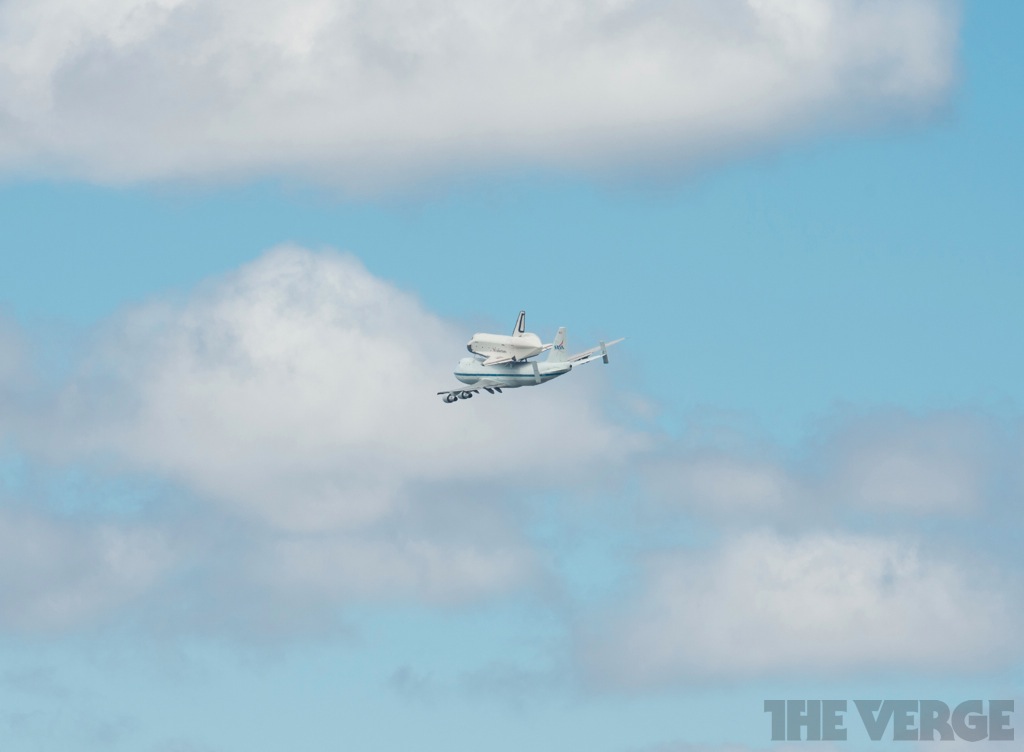 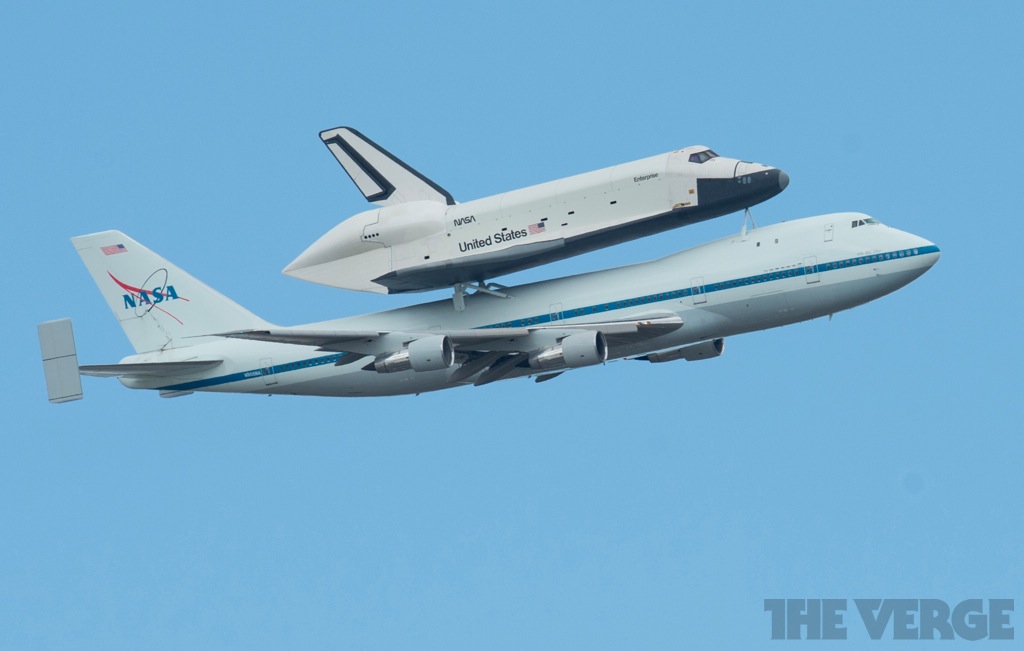 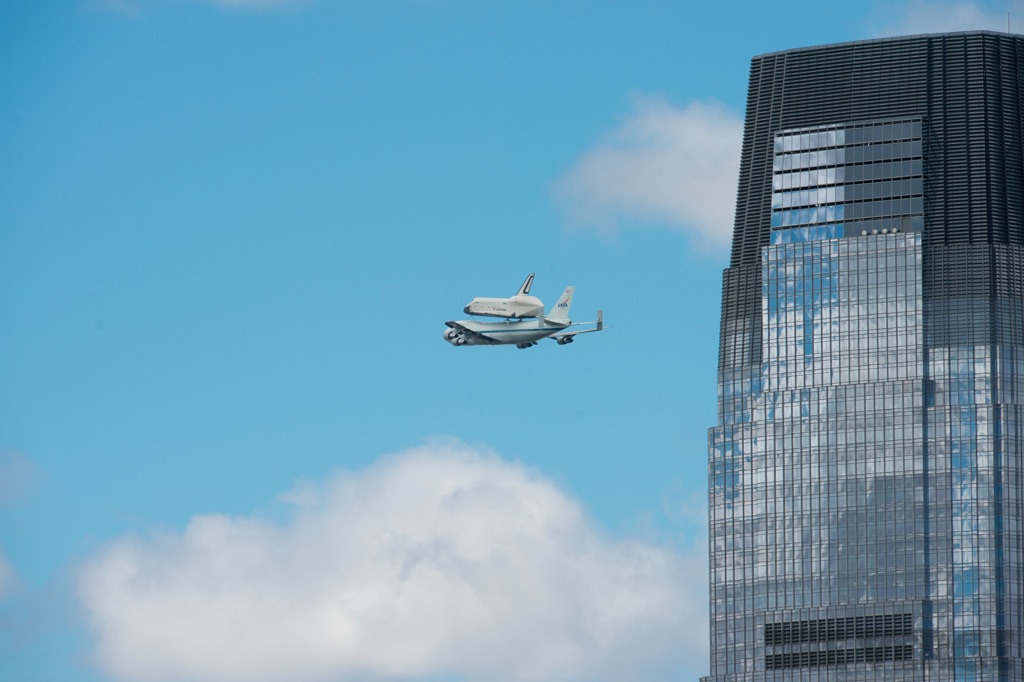 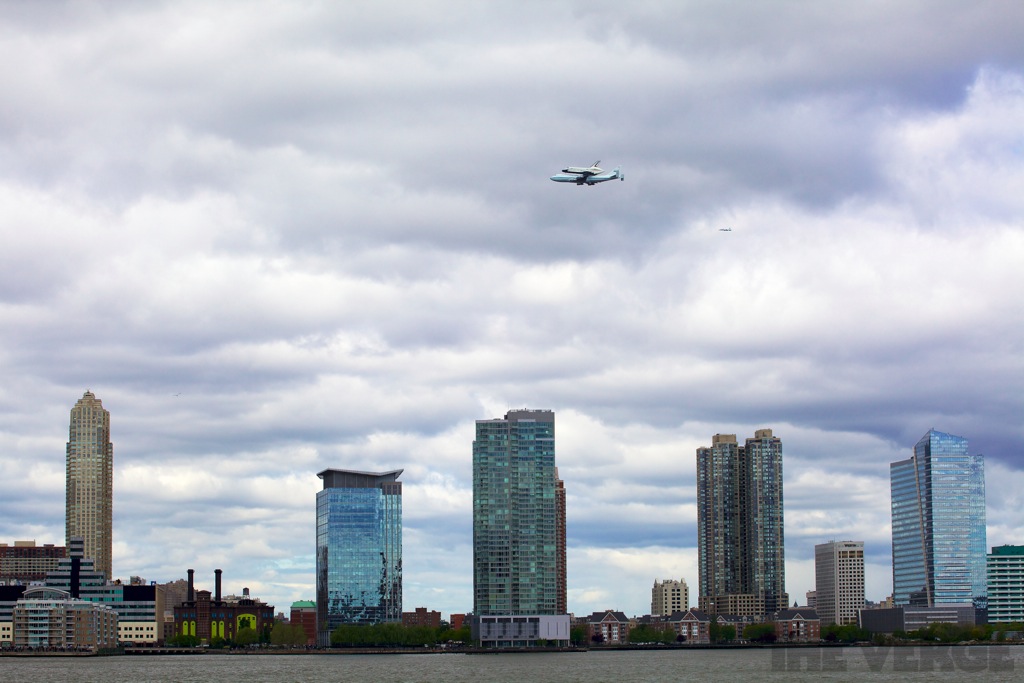 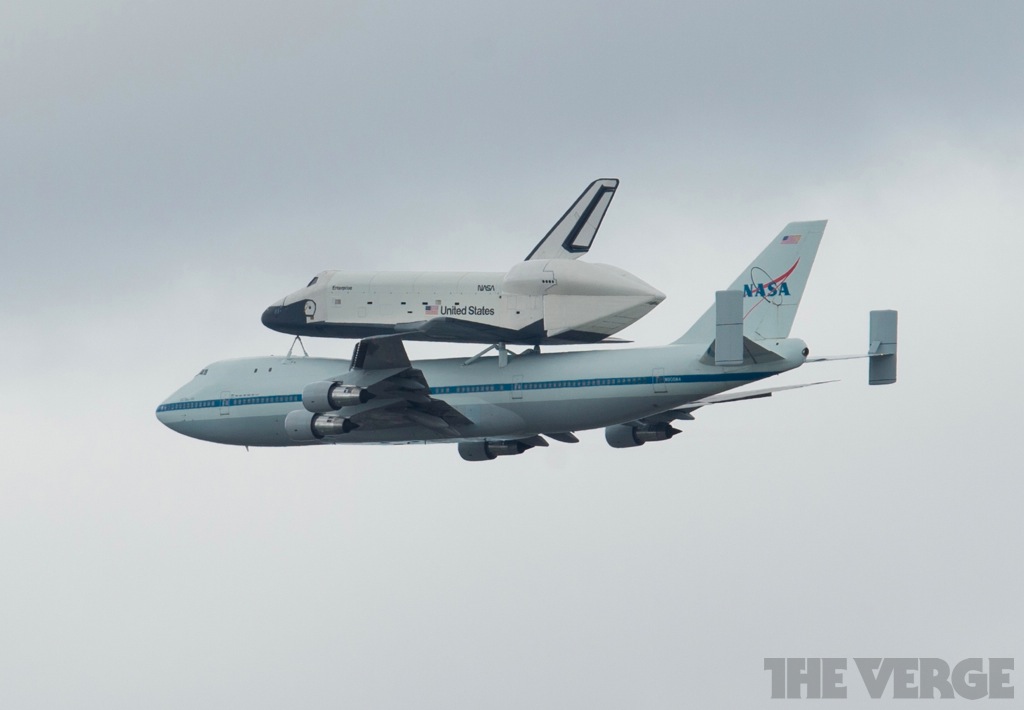 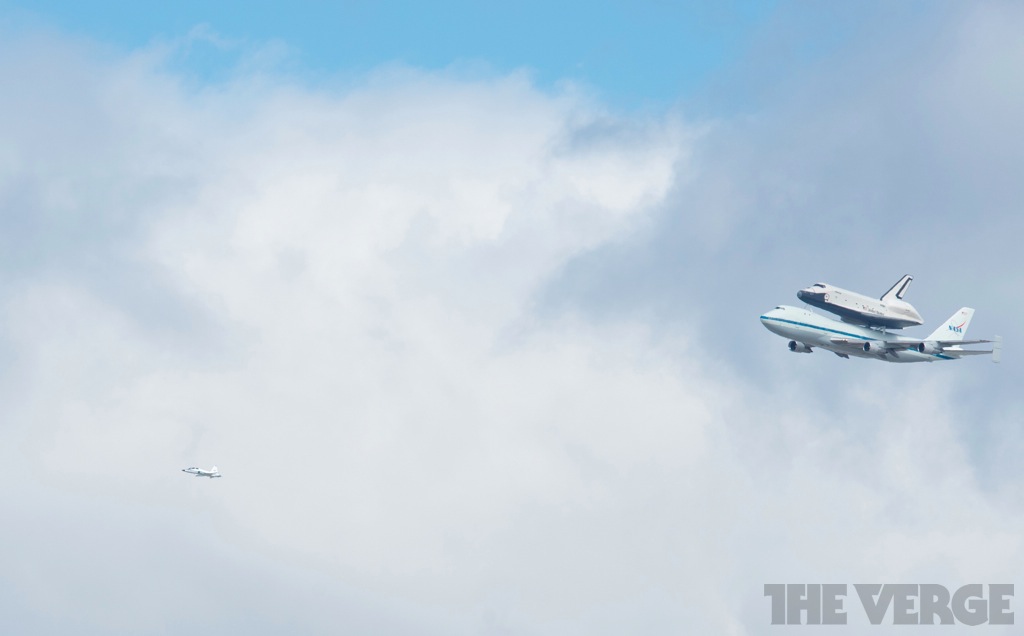