Nvidia CEO Jen-Hsun Huang has introduced the Nvidia GeForce GTX 690 in a keynote over in Shanghai, China.

Nvidia CEO Jen-Hsun Huang just introduced the Nvidia GeForce GTX 690 in a keynote over in Shanghai, China. Designed "from the ground up to deliver the highest performance in history," this card is built in a pretty wild fashion: it's constructed using plated aluminum on the outside, with polycarbonate windows embedded in the front. It has a 10-phase power supply, integrated SLI technology connecting two GTX 680 GPUs onboard, and dual water-vapor champers sitting directly on top of them.

Jen-Hsun gave away the very first GTX 690 that came off the production lines to the most enthusiastic fan in the crowd. That got him a predictably enormous cheer.

In total, the GTX 690 has 3,072 CUDA cores, running at a 915MHz base clock and 1,019MHz boost clock, both slightly reduced from the standard values on a standalone GTX 680 graphics card. The memory clock is unchanged at an effective rate of 6GHz, and you get two batches of 2GB of GDDR5 RAM, totalling 4GB of dedicated video buffer.

Nvidia promises limited availability of the GeForce GTX 690 on May 3rd, followed by wider distribution by add-in board partners starting from May 7th. Pricing is set at an eye-watering $999. 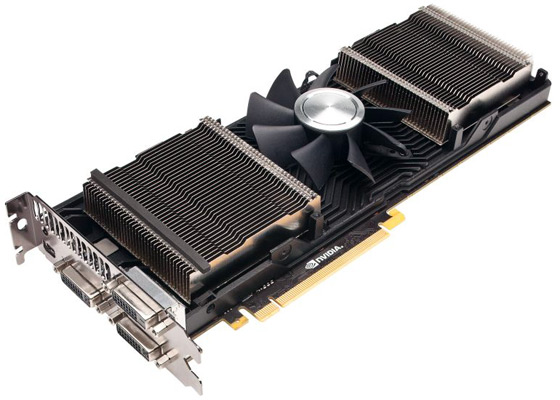 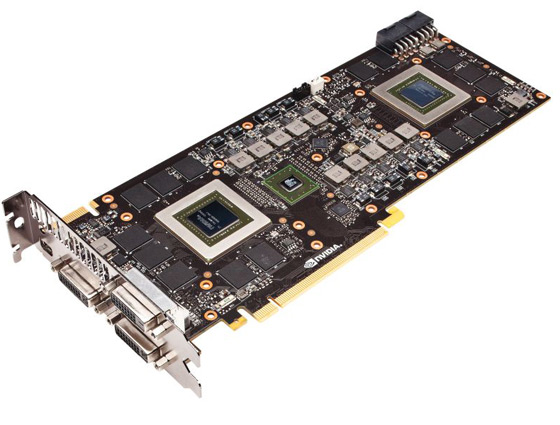