Sony PlayStation digital content exec Jack Buser told us verylittle about how the company will compete with Xbox in streaming digital video to the living room.

Microsoft's Xbox 360 has made quite an impressive play to be your living room entertainment companion this year, adding cable partnerships and video services left and right, but Sony's PlayStation 3 got a genuine win today by becoming the first game console with Amazon Instant Video content. We jumped on the phone with Sony this morning to discuss the app — it's a timed exclusive for PS3, by the way, so you won't see it on Xbox anytime soon — and had the pleasure to chat with Jack Buser, Senior Director of PlayStation Digital Platforms. The former PlayStation Home boss is now responsible for all of PlayStation's digital content initiatives, and we took the opportunity to ask him how the PlayStation ecosystem will compete with Xbox on video. 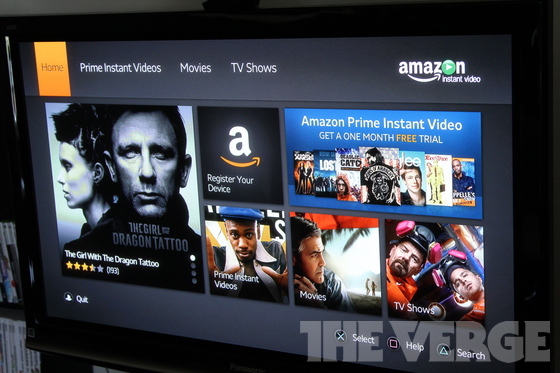 "We don't dictate what they choose."

First off, you might be wondering what Sony is doing with an Amazon video store to begin with, considering that it might compete with the company's own Video Unlimited service, which sells and rents content via the PlayStation Store. Buser told us that it's all about consumer choice. "The whole idea here is to give the PlayStation audience options," he said, calling Amazon Instant Video "a very complimentary streaming service that really adds to the experience of movies and TV shows on the PlayStation Network." He couldn't tell us if we'll see Amazon Instant Video on the PS Vita — "we're not announcing that at this time," the friendly PR lady interjected — but in Buser's estimation, PSN is an open platform when it comes to entertainment options. "We let the PlayStation customer be in control of the way they experience entertainment; we don't dictate what they choose. The idea is to put options in the hands of our fans."

"You'll see us go after the kinds of services that our audience wants."

Does that mean that more video "options" are on the way? "I think that would be a safe bet," Buser said. "We're definitely looking to expand the options that the PlayStation provides, in a way that our PlayStation audience likes to see." The PSN exec dodged a few questions about specific types of services, though: "You'll see us go after the kinds of services that our audience wants... the kinds of content and services that make sense for our audience," he told us, naming Netflix, Hulu Plus, Vudu and MLB.TV as services that "resonate" with PS3 owners. The company's not ruling out live television, though. "Never say never," Buser told us.

If you went digging for a common thread between the PS3's video offerings, you might note that none of these involve partnerships with live TV providers — they're all about cutting the cord — but Buser told us that wasn't necessarily a factor in the decision to adopt these platforms. Apparently, it's more about tailoring the experience to a PlayStation user. "We wouldn't get really excited about bringing Oprah to the PlayStation audience, but rather MLB TV, or Netflix, or Vudu, where we can provide a really differentiated and unique experience." Why these particular services, though, rather than building apps for the likes of Comcast or FiOS TV? "The existing services are a result of a firm commitment to who the PlayStation audience is and what they want," he said, explaining that Sony spends considerable effort on user research.

We asked again: "Does your audience want cable partnerships and IPTV?"

"There's nothing to discuss at this time," said Buser, with a laugh.