American car manufacturer Fisker unveiled its latest concept yesterday — a sedan smaller than the Karma, with the larger car's styling and drivetrain. But, despite being a concept, company Executive Chairman Henrik Fisker stressed that the car will be built, thanks to $392 million in funding that the company has generated. The Atlantic uses Fisker's EVer (Electric Vehicle extended range) technology, employing an electric motor to drive the rear wheels, with batteries mounted in the middle of the car allowing it to go around 30 miles on a charge. Beyond there, the four-cylinder BMW engine kicks in — not directly connected to the wheels, but simply acting as a generator to keep the electric motor running. 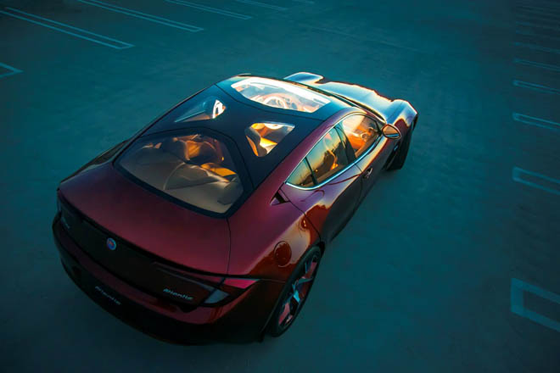 Besides the drivetrain, Fisker is touting the "spider structure," an advanced roll cage that gives a large amount of headroom to passengers in the rear seats and keeps people safe under the all-glass roof. While the company hasn't announced when the Atlantic will go on sale, it's clear that it sees it as a direct rival to the Tesla Model S — when pushed on price, Henrik Fisker put it in the "upper end of the BMW 3 Series range." That would peg it at around $60,000, roughly the same as an entry-level Tesla. Let's just hope that they've quashed the bugs of the Karma by the time this reaches production.