UK-based Rega has been making its mid-priced "Planar" series of turntables since the 70s, and while it's continually refining the engineering, the turntables themselves look about the same as they did thirty years ago: exactly minimal.

For some reason, turntables bring out both the best and worst aesthetic impulses in manufacturers. The most expensive record players are often horrifying mishmashes of glass, metal and ceramic, as subtle as a jeweled crown, screaming to be noticed. Meanwhile, cheap record players have an ability to veer into "toy" territory very quickly — and will likely destroy your records and ears in the process. Luckily, there's plenty of great design to be found in the mid-range, and there's one particular shining star in this regard: Rega Research.

UK-based Rega has been making its mid-priced "Planar" series of turntables since the 70s, and while it's continually refining the engineering, the turntables themselves look about the same as they did thirty years ago: exactly minimal. On top of a simple board with rubber feet is a platter, a tonearm, and an on-off switch... and that's it. Thanks to its lack of frills and Rega's emphasis on engineering instead of gimmicks, the low-end Planar tends to be an incredible value for the money, and a gentle, dead-simple introduction into the world of the audiophile. In 2006, Rega took on the budget segment of the market with its ultra-successful P1, and Rega's recent followup, the $445 RP1, is regarded as another major leap forward in quality for the price. It's even upgradable with better components when your ears and wallet are ready for the next level.

When it comes to enjoying vinyl in the age of subscription streaming services and Pandora, isn't a low key, reasonably-priced record player the boldest statement of all? 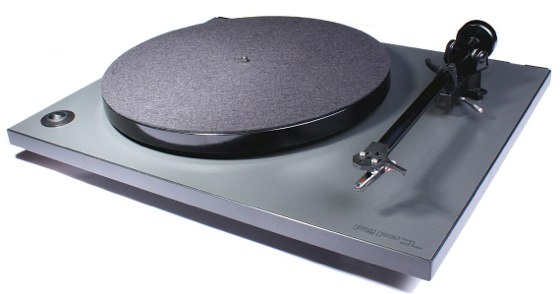