This is one tiny mouse

When you first set eyes on the Logitech Cube Mouse, you'll immediately think one of two things:

At just about an inch wide, two inches long and half an inch thick, the mouse looks and feels more like a chubby pencil eraser than a device to control a cursor on screen. Sit one next to one of the company's wireless travel mice — which are themselves pretty small — and it's still utterly dwarfed by the larger peripheral. It fits into any pocket with ease, including the key pocket in a pair of jeans. And, at 25 grams (less than an ounce) it's light enough that you can comfortably hang it by its Micro USB charging cable while you top off the internal battery. Is it a good mouse, though? Read on.

While it may be small and its purpose impenetrable until you put it to use, the miniature rectangular prism is definitely a mouse. It's got a 1000dpi laser sensor, a 2.4GHz wireless radio which connects to one of Logitech's tiny USB receivers, a capacitive touch surface on top, and even some sensors inside to determine whether the mouse is right-side up or upside-down. That's pretty neat, because it lets you pick up the mouse and use it as a presentation clicker as well. More on that in a bit.

Visually, it's quite an attractive design. There's a smooth, hard, glossy, transparent, resin-like plastic covering a white (or black) ribbed design on all six sides, while a glossy black (or white) fills in all the seams at every vertex and edge. The entire bottom panel doubles as the mouse's anti-skid foot, which is kept perfectly flat, while the other sides curve in slightly to allow a better grip. As you'd expect, the glossy surfaces attract fingerprints like moths to flame, and they're easy to scuff up, too. Thankfully, you probably won't notice except in direct light, as the curves typically tend to keep the surface from being fully illuminated. Around back, there's a nice firm silver power switch, which triggers an otherwise hidden green LED light when you turn it on, and the Micro USB charging port. 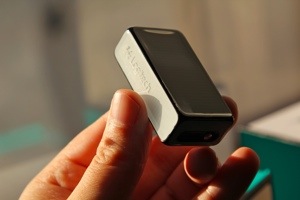 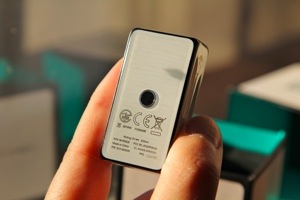 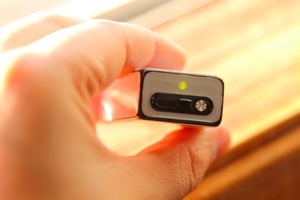 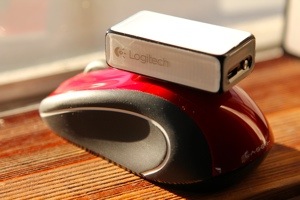 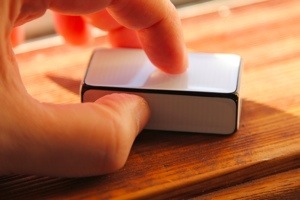 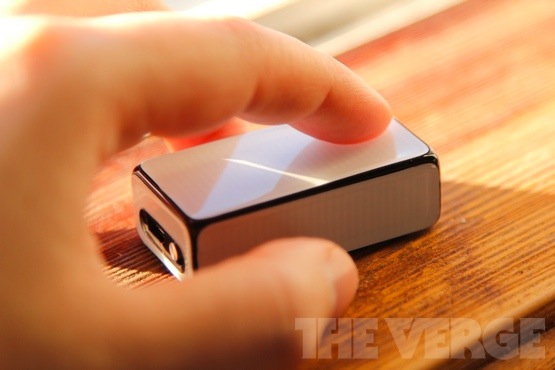 Functionally, the Cube is a bit cramped for big hands or long mousing sessions. It's not very comfortable at all. The boxlike design definitely looks neat, and it's small enough to use on your laptop's palmrest, but it's not anywhere near as ergonomic as its close competitor the Swiftpoint mouse. All the basic functions are there, though. Like the clickpads you'll find on recent notebooks, the entire top surface of the mouse is one big button, but the function changes depending on where your finger is. If you press down in the finger indent at the front, it left-clicks; if you press further back, it right-clicks, and if you slide your finger across the top of the mouse, you can scroll fairly well, albeit with a slight delay. There's no middle mouse button, I'm afraid to say.

The accuracy of these gestures depends heavily on software, though, and they're not foolproof here: when I tested out the right-click in the game Batman: Arkham City (where it's critical in order to keep criminals from pounding on Batman's skull) I found that it required a very deliberate, careful press to get the gesture to reliably register. Also, though Logitech offers a piece of desktop software that's supposed to improve scrolling, it had the opposite effect for me: out of the box, the Cube felt like it had fairly smooth inertial scrolling with a little jitter on occasion, but it got worse after installing the client. Your milage may vary.

Pick up the mouse, and the laser sensor automatically shuts off as it switches to presentation mode, where the controls are as simple as can be: tap the mouse button to go forward one slide (Page Down) or flip it upside down and tap to go backward one slide (Page Up). It works seamlessly just as advertised, so I can't really complain, but it feels like Logitech missed an excellent opportunity here. Once you flip the mouse upside-down, there's a handy laser sensor right in front of your face, but it's turned off: why couldn't Logitech invert the sensor's vertical axis when it flips, and turn it into an optical trackpad as well? Go ahead and turn your own mouse upside down, and drag your thumb across the sensor surface. See what I mean? With its embedded sensors and uniform design, the Cube Mouse could be a proper air pointer, but perhaps that didn't occur to the company.

What I can complain about is the Cube's battery life: where most of Logitech's portable pointers can last months or even years on a couple of AA batteries, I only got about a week out of the Cube before it had to be recharged. It's pretty easy to charge it, mind you, and just about any Micro USB cable will do the trick, but it's one more thing you'll have to worry about before your big presentation. Also, while the Cube Mouse's wireless range is fairly good assuming a straight line of sight, and shouldn't be any trouble in a large conference room, it dips quite a bit as the battery drains.

Our review of Logitech Cube 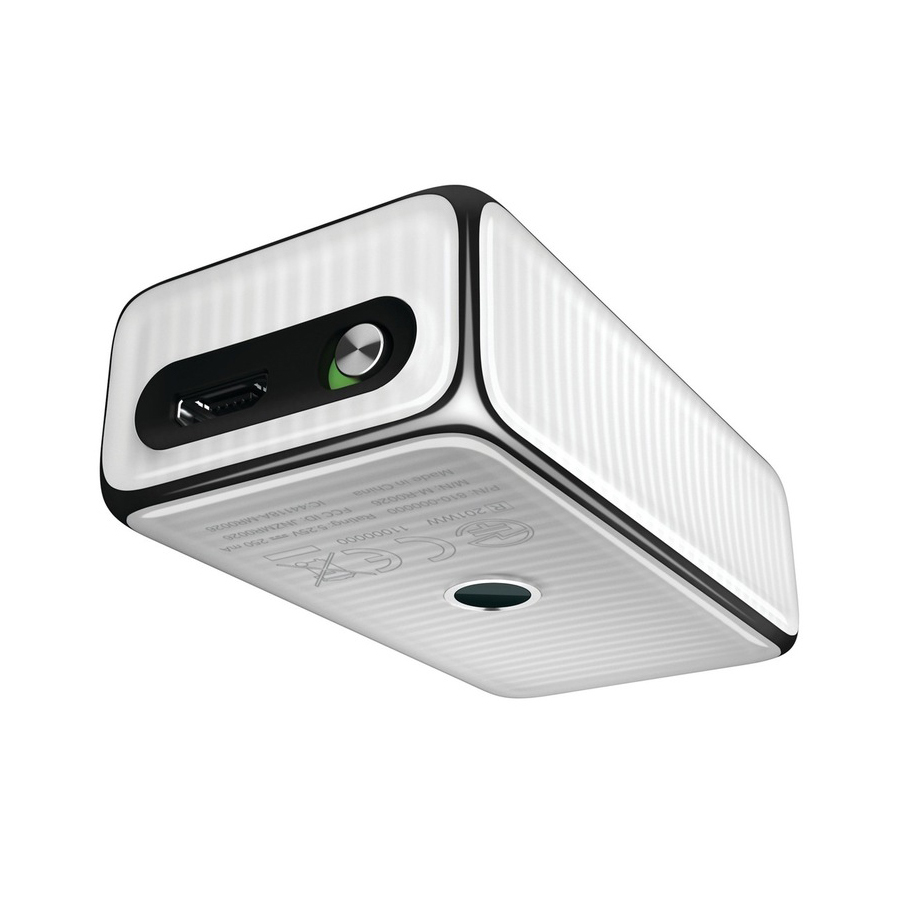 If I were scoring the Logitech Cube Mouse based on geometric accuracy, I'd have to give it a zero. All joking aside, it's not nearly as comfortable or long-lived as a proper portable rodent, but it's worth a look. If you give presentations, if you're good about remembering to charge your gadgets, and if portability trumps your personal comfort, $70 will buy you a real head-turner of a tiny mouse. The problem is that $70 will also buy you a Swiftpoint, a mouse that trades the presentation clicker and streamlined design for well-thought-out ergonomics, in a similarly tiny frame. For me, a middle-click button is key and $70 is a lot of cash for a mouse, but if I needed a device smaller than my trusty $40 Logitech M505, I'd probably go for the Swiftpoint instead of the Cube.