Screenshots of Firefox for Windows 8's new Metro interface show that the browser's developers are making progress, though they say that there's still a long way to go for it to be ready.

Screenshots of a new version of Firefox designed for Microsoft's Metro UI have been released by one of the developers, along with an update on the browser's progress. Although developer Brian Bondy doesn't feel that the team has quite reached its goal for a working protoype of Firefox for Metro by Q2 2012 yet, it's certainly making progress. In the latest version, web navigation, tabs, bookmarks, the history, cache, and preference adjustments are all functional, however Bondy says that there is still "a ton of platform integration to do" before the app is ready for primetime. 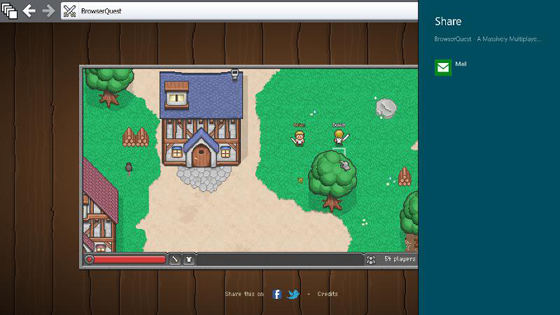 That's not to say it isn't taking shape, though: although the current interface is borrowed from Firefox for Android tablets, many of the features of Windows 8 have been integrated including Metro snap (allowing you to have two apps open on the same screen, snapped to either side). Sharing (via email and social networks) is also implemented. Bondy reveals that an installer is being passed around for user experience testing, and also says that he hopes an ARM version will be built for tablets.