What's in your bag, Adi Robertson?

Share All sharing options for: What's in your bag, Adi Robertson?

I grew up shopping at thrift stores, which meant that I was constantly surrounded by a haphazard mix of things that didn't really go together in any meaningful way, but were cheap and readily available. Even though I now own a large number of modern consumer electronics, I never really got past that mentality, so everything just gets stuffed together with as much care as I gave the old IBM cassette deck I once used as a bookend. Here's an example of what I'm carrying on any given day.

I've never found a bag that I'm really happy with, although that's more a function of my nigh-unpackable giant computer than anything else. For now, I'm carrying an excellent Ellington purse that can hold my sundries and a netbook or tablet without stretching or feeling too bulky. It's also got inside and outside pockets that help me find everything I need by feel. My laptop-in-name-only goes in a separate Kenneth Cole bag, along with a camera if necessary, but I'm hoping to get something bigger and sturdier soon.

When I got my laptop two years ago, I needed a gaming machine but had neither the time nor the space to build one. The next best thing was a portable desktop like this one — an Asus G60 series Republic of Gamers laptop, dual-booting Windows 7 and Ubuntu. As ridiculous as it looks, it was actually the least embarrassing thing I could find, as the promotional material contained neither an alien nor a reference to being based on a fighter jet. By now it's a bit low-specced, with 4GB of RAM and a 1GB video card, but the slow console upgrade cycle lets me play just about any new release. The fact that this is my only real computer means I actually do take it with me when I'm working, although there are a few other options if I'm really trying to travel light.

I've had an iPhone since 2007, and have slowly given up on jailbreaking since the release of the SDK. The iPhone 4 is my go-to for portable reading, gaming, and dictionary cross-checking. I keep it in a cassette-shaped case that gets me a lot of confused looks on the subway, but my ultimate goal is actually a case that displays the cover of whatever I'm reading and listening to, revealing my embarrassing taste in science fiction and the fact that I haven't updated my music collection since college. 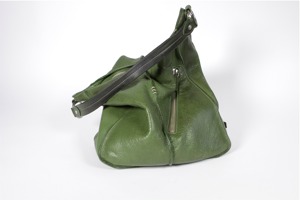 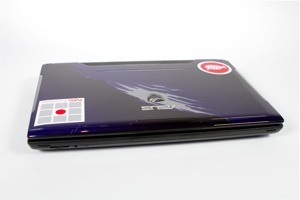 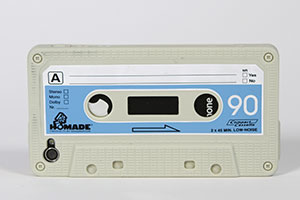 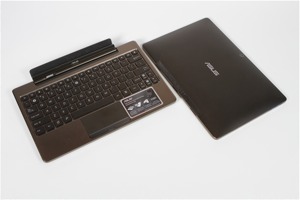 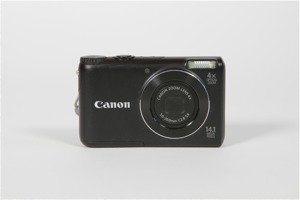 As frustrating as they often were in execution, I miss netbooks, both as a concept (cheap, tough computers) and as a computer I could carry in my purse. Tablets are great for many things, but having a keyboard is simply non-negotiable, so the Eee Pad Transformer splits the difference with a functional Android design that I can still type on. I'm not sure I'm ready for the post-PC era quite yet, but at least I can relegate my many Eee PCs to backup machines.

You won't find much on the site that was taken with this camera — the point-and-shoot is no friend of the gadget photographer. Still, it's useful to have something between a basic phone camera and a DSLR, and there are times when a giant camera isn't the best thing to be carrying around. The pictures it takes aren't amazing, but I genuinely love the sleek, pocket-sized shape. Every time I hold it, I remember the three-inch-thick point-and-shoot I used at the turn of the century, with its 16MB memory card, and think: I'm living in the future. 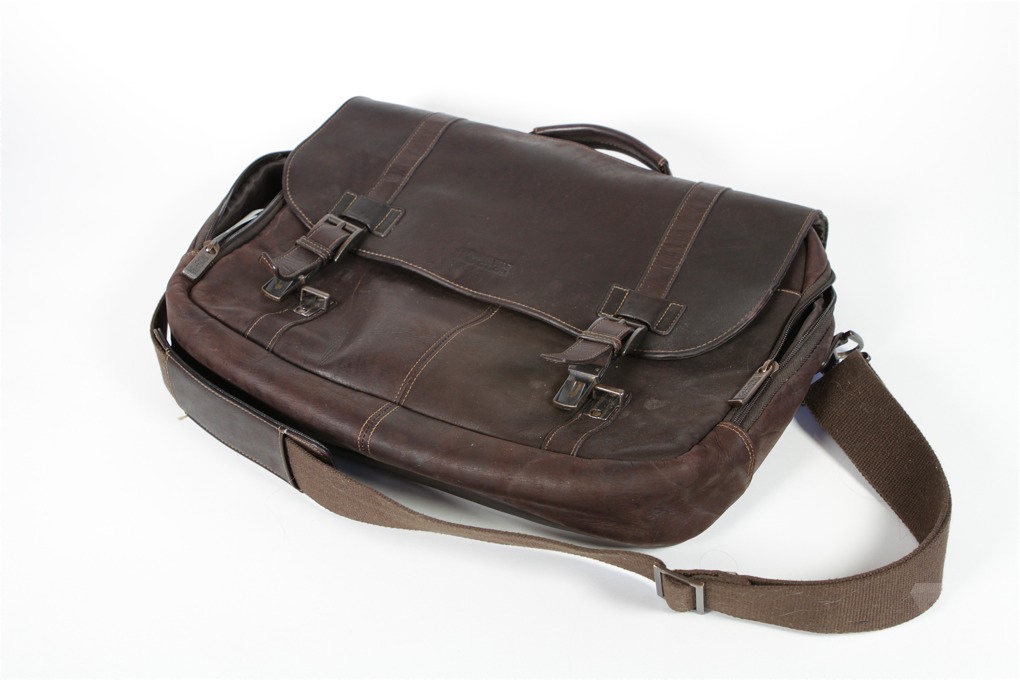 I keep the basics with me at all times: a glasses case, some Claritin for my persistent city-related allergies, and a cloth and alcohol solution for wiping down both spectacles and electronics. The only really unusual thing here is an adapter to turn my three-pronged laptop charger into something that will fit in a two-pronged outlet. Besides being useful in a few older buildings, it's actually required for my international socket adapter.

Random promotional flash drives from retail bins somehow stick around after every nice drive I buy has been lost. This one isn't big enough to hold more than a few photos or videos, but you can't always rely on a network to transfer files. If I can, I also keep a larger one around for the odd Linux reinstall.

Notebooks are key, and not just for the inevitable moment when your batteries run out or you're stuck somewhere that doesn't allow electronics. The real beauty of them is that they give you total freedom to experiment with text and placement without the guiding hand of software. Want to make up your own shorthand or diagram a language that's spoken in two voices simultaneously? Go ahead! This particular notebook, pilfered from the National Institutes of Health, is also my nerd autograph book — I've got Cory Doctorow's signature and a sketch of The One Electronic from Evan Dahm's amazing surrealist comic Rice Boy. 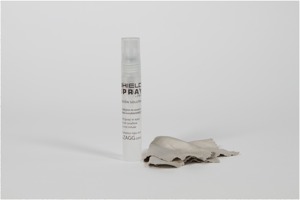 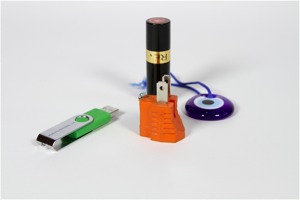 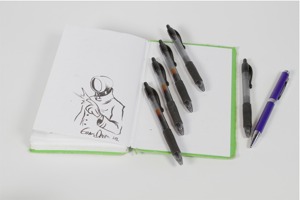 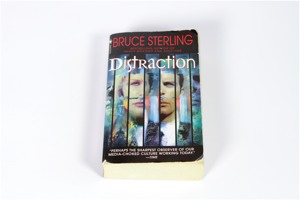 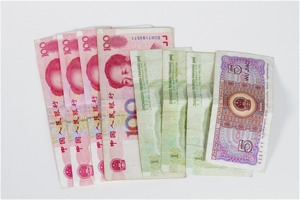 Of course, batteries do run out, so a paper book is my failsafe for entertainment. This is the third time I've tried to read Distraction, and I still haven't finished it. In many ways, it's an amazing work — not only is it a rare non-utopic version of a post-scarcity economy, it's a blueprint for a future where massive inequality, lack of economic opportunity, and the complete collapse of consumerism basically equal awesome techno-nomadism. That said, I find Sterling's longer work a little difficult to read, so I may not manage it this time either.

Besides everything above, there are a few items that don't serve much of any purpose. I never really learned how to use makeup, but I usually carry at least one tube of something that will amplify a facial feature. Sometimes it's my heavy-duty Japanese mascara; today, it's bright red lipstick. I've also got a glass bauble that I think wards off demons, which makes it about as practical as the 400 Chinese yuan that I still have with me almost a year after my last trip.

How to watch AMD, Nvidia, and Microsoft’s Computex 2022 keynotes

Hyundai is building EV and battery production facilities in Georgia