Competition is king: why Nokia and Microsoft are the perfect match

Whether Nokia wins or loses with Microsoft, it's playing for the right team.

Share All sharing options for: Competition is king: why Nokia and Microsoft are the perfect match

Stephen Elop sits in a Nokia boardroom, surrounded by a multinational group of execs sweating beads of anxiety. It's not exactly Downfall, but it's close. The freshman Canadian CEO is looking for answers, but all around him he finds sternly vacant faces and overdue roadmaps. Can we evolve Symbian quickly enough to make it appealing for the midrange? No. Can we build MeeGo and the Qt ecosystem up to take on the iPhone? Oh shit. No. Having already conducted meetings with Eric Schmidt and Steve Ballmer in the preceding months, Elop knows that his options for Nokia's future have narrowed down to the two external choices: Android or Windows Phone.

Now suspend your disbelief for a moment and imagine Eric Schmidt's otherworldly oratory had won Elop over to the Android side. Imagine that Nokia opted to leap off the burning platform and onto a ship of cutthroat competition and razor-thin profit margins. What would the landscape look like today?

we should start calling these things operating ecosystems

There are too many variables at play to ever answer that question reliably, but there's one particular aspect I want to address today and that's competition. Specifically, competition among operating systems. Maybe it wasn't obvious when Nokia was making its fateful choice, but HP's webOS and RIM's BlackBerry OS have both failed to mount a challenge to the incumbent leaders, leaving the smartphone space dominated by iOS and Android. Their advantage in usability, third-party software and distribution is so paramount that any developer without a predisposition for an alternative platform will inevitably gravitate toward one or the other. And if you don't have developers seeding your ecosystem, these days you basically don't have an OS. Hell, we should start calling these things operating ecosystems.

In such an environment, Nokia's arrival on Android would have undoubtedly been a coup for Google, but it would have been disastrous for Microsoft. Nokia sold a million Lumia Windows Phones in the first three or so months of being an active OEM, yet that was sufficient for it to become the best selling hardware partner for the platform. Think of the difficulty Microsoft is having in penetrating markets and convincing big-name app developers to jump on board, and then consider where that effort would be without the aid of Nokia's fiercely loyal fans and developers to spread the word.

Windows Phone is fighting an uphill battle. Microsoft still has work to do in terms of user experience and the big hardware partners like HTC and Samsung are starting to lose interest and putting in only token efforts. But Nokia is keeping the platform in the conversation. We're not willing to consign Windows Phone to the same level of hopelessness as the open-source webOS or the out-to-pasture BB OS precisely because Nokia is too big and too active a partner. 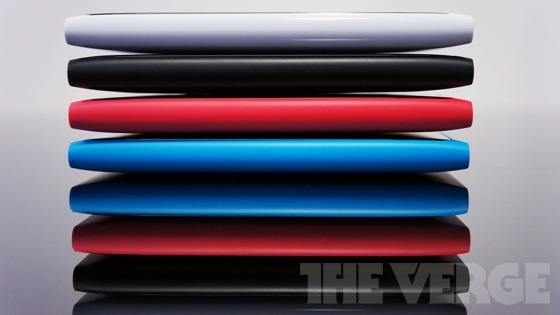 Where apps don't exist, Nokia is concocting them itself, albeit with limited success. More importantly, however, the Lumia 800 / 900 design gives Windows Phone a truly unique selling point that no other platform can match. The PureView technology that's next to come will do the same, but with cameras.

Microsoft now has a gritty underdog narrative to push — one where it only needs to alert people through campaigns like "Smoked by Windows Phone" so that they may learn of the exquisite design and other goodies Nokia can offer them. It's sad that Microsoft relies so heavily on the Finnish company to keep its platform in the public consciousness, but I would have been exponentially sadder to see Windows Phone's struggles without Nokia.

Can you remember the last Nokia phone that had Americans waiting in line?

A mobile industry dominated by two giants, without at least the twinkling hope of a third player disrupting them, is a recipe for stagnation. Microsoft's plans are relatively transparent: the Redmond company will aim to steal market share from the big guys with a massively overhauled Apollo update in the latter half of the year, but if it succeeds it will be in large part thanks to Nokia's efforts in the interim.

The Lumia 900 is the most heavily promoted and talked-about Windows Phone since the OS was first announced. Times Square was even taken over for a Friday night extravaganza, no doubt sapping the collective marketing budgets of AT&T, Nokia and Microsoft. No such pomp and circumstance have been planned for the simultaneously-launching HTC Titan II.

Now, I agree with our Lumia 900 review — it's not quite there yet — but I want Nokia and Microsoft in this game. By delivering that handset, Nokia has given AT&T its first exclusive on a true flagship phone since the iPhone and Microsoft a device that people actually feel emotionally connected to. Would the Lumia 900 have been a better phone if it were running Android? Probably. But that would have come at the expense of software competition and diversity in the broader mobile market. It's precisely because we care enough to wish this handset was running Android that we know Nokia as a phone maker still matters — and that can only be a good thing for the prospects of Windows Phone.