Logitech iPad case and keyboard charges itself with solar power

An upcoming Logitech keyboard for the new iPad integrates solar cells that can charge the keyboard. It has not been officially announced, but a posting on Best Buy includes specifications.

Share All sharing options for: Logitech iPad case and keyboard charges itself with solar power

An early posting at Best Buy has given us a look at a new solar-powered keyboard by Logitech. The 15.9-ounce case-and-stand combination integrates what looks like a stiff keyboard with a case and solar panels on the back; it connects to the new iPad with Bluetooth, and the keyboard (though not the iPad itself) can run on solar power. The Best Buy posting lists it "coming soon" for $129.99, $30 more than Logitech's non-solar keyboard and stand and quite a bit pricier than some other keyboard alternatives.

We're not sure yet when the case will go on sale, and even Best Buy's listing appears to have been a mistake. Dave Zatz, who originally found the posting, was asked by Logitech to remove his post. Best Buy may simply have jumped the gun a little, but this means we might also be seeing some tweaks to the keyboard before it's released. For now, the current posting is still available here. 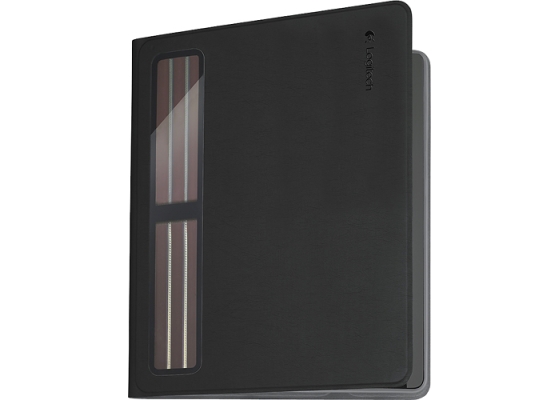