At its BlackBerry World event in Orlando today, RIM pulled the wraps off BlackBerry 10, a thoroughly-revamped platform based on QNX that the company is hoping will bring it back into contention. Though it's been talking about BlackBerry 10 since last year (when it was known as BBX), this is the first time that RIM is getting into details about what we can expect when it debuts on retail devices later in 2012. 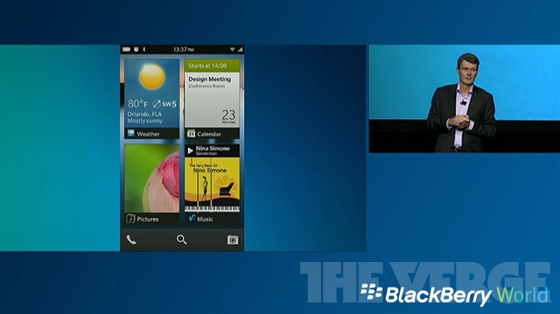 RIM's putting an emphasis on "glanceable" gestures in the platform, allowing the user to quickly shift between apps, documents, and notifications with quick flicks — from what's been demoed on stage at the show, it looks like a smooth and fast operation. 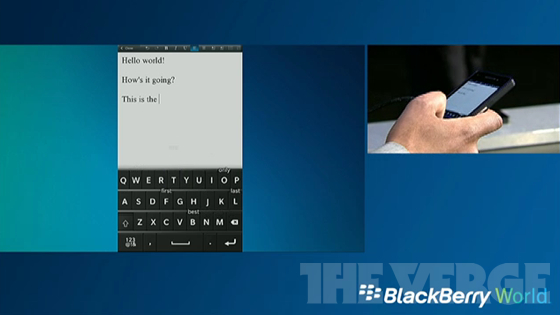 The company notes that it has a reputation for a great typing experience — Bold series is widely considered a benchmark for physical phone keyboards — but since BlackBerry 10 is all about touch, RIM says that it's honing its algorithms to make sure that it learns how users type. Gestures let you quickly access symbols, but here's the real winner: the keyboard appears to integrate something along the lines of SwiftKey's technology (just as the PlayBook does), letting you swipe on suggested words to build out entire sentences without typing them letter by letter. 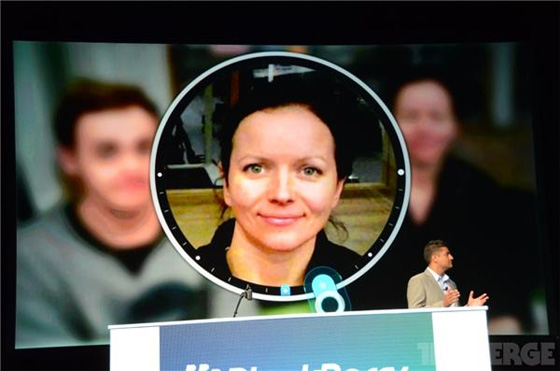 RIM's managed to do something really innovative with the camera, too: you tap anywhere on the screen to take the picture, then you can use a timeline tool to scrub and select a moment right before or after your shot — good for getting rid of a blinking subject, for instance.

Everything RIM is showing today confirms leaked screen shots that we'd seen back in February, and CEO Thorsten Heins commented on stage that the project has been underway for a year and a half. He says we can expect an "exciting" device later this year — but in the meantime, stay tuned for more coverage from BlackBerry World throughout the day.