The Hubble Telescope has captured a photograph of the Egg Nebula, a star in one of its final life stages.

As the Hubble space telescope gets more advanced, it's able to capture images that would have been impossible less than a decade ago. The photo above is from the Egg Nebula, a shell of dust and gas surrounding a red giant star (or possibly even two.) The star, nearing the end of its life, disperses gases as part of a brief and rare nebula phase. In the center, you can see a thick cloud of dust, while searchlight beams glow from either side. For comparison, the 2003 photo below shows the nebula from a much farther distance. More images and videos taken by the Hubble telescope can be found on NASA's site. 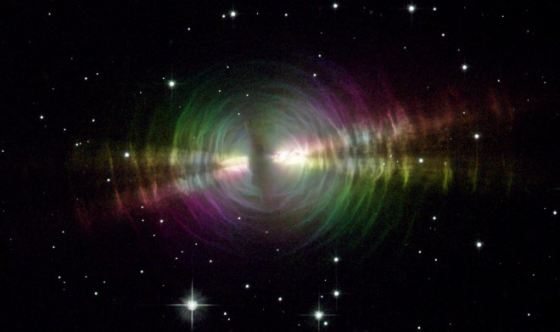