Acer’s $450 Iconia Tab A510 couples speedy hardware with a beefy battery, but is it enough to slow the competition?

Share All sharing options for: Acer Iconia Tab A510 review

Acer has built something of an empire hawking inexpensive wares, and its forays into the tablet market haven’t been much different. The Iconia Tab A510 looks strikingly similar to its predecessor, the Iconia Tab A500. It too has a 10.1-inch, 1280 x 800-resolution display and dual cameras, but doubles the storage capacity to 32GB, comes equipped with Android 4.0 (Ice Cream Sandwich), and joins the short list of tablets packing Nvidia’s quad-core Tegra 3 processor.

The $450 price tag makes the A510 a bit less expensive than most 10-inch tablets on the market right now, but there are plenty of compromises — is this tablet worth your hard earned ducats? Let’s find out.

Acer hasn’t done much to spruce up the design of its Iconia Tab series. While the A500 offered a brushed aluminum backing and a silver bezel, the A510 opts for a soft, matte plastic. It doesn't weigh very much at 1.5 pounds, bit it is slightly heavier than competing tablets: the latest Apple iPad weighs in at 1.44 pounds. There’s nothing especially wrong with the design, but I found myself glancing wistfully over at the similarly equipped Asus Transformer Prime, which offers a sleeker design for an extra $50.

The A510’s power button and headphone jack are conveniently located on the upper left side of the tablet. It’s a fairly natural position for your hands when you’re holding it in landscape mode, and still makes sense if you feel the need to whip around to the portrait orientation.

On the right side of the tablet, you’ll find the Mini HDMI port, a MicroSD slot and a sealed SIM card slot, hidden behind a flimsy, hanging flap. The volume rocker sits on the top left edge with a rotation lock, while the Micro USB port lies underneath the tablet. The A510 lacks its predecessor’s full-sized USB port, but Acer includes a micro-USB to USB dongle in the tablet's box. The port had no trouble recognizing my USB drives.

The tablet ticks all of the appropriate check boxes, but I get the distinct feeling Acer isn’t really trying here. The build quality isn’t bad, by any means — the tablet is sturdy without the slightest bit of flex, and very little about it feels cheap or misplaced. It all just looks and feels a bit dull, and that aesthetic angle counts. The best the A510 does for flair is the Olympic logo that shares space with the Acer logo on the rear, highlighting Acer’s partnership with the London 2012 Olympics. This is a bizarre little homage, that probably should have been left to a collector’s edition. It doesn’t detract from the overall look of the tablet, but once the Olympics are over (or Acer’s partnership ends) you’re left toting a strange advertising relic. 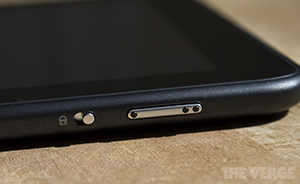 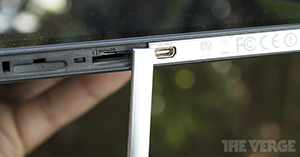 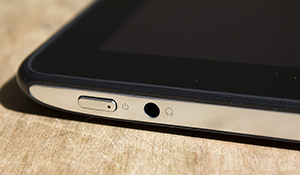 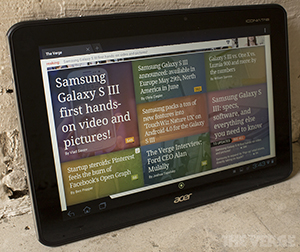 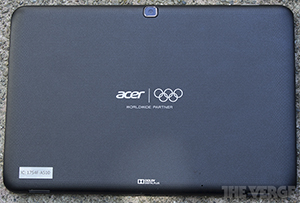 The A510‘s 10.1-inch, 1280 x 800-resolution TFT display can’t keep up with IPS panels, which offer superior viewing angles and brighter displays. That said, it doesn’t disappoint. The A510 is bright, and if you’re looking at it dead-on, color reproduction is accurate and satisfying. Viewing angles are relatively generous, though colors appear washed out and faded when you start looking on from an angle. At this point, I find myself back at the Transformer Prime — an extra $50 gets the Prime's SuperIPS+ display, which is very bright and offers very wide viewing angles — a considerable step up over the A510.

The A510’s touchscreen is responsive, but keep a cleaning cloth handy: like most glossy displays, the A510 is prone to picking up fingerprints. Like its predecessor, the A510 offers haptic feedback — the unit vibrates anemically as you type, or as a sort of faux-force feedback in games. I didn’t mind the effect, but it wasn’t very convincing. You can turn it off, but I honestly found it oddly alluring, a small plastic critter purring in my lap.

The pair of speakers are a mixed bag. They’re fairly loud, though not quite as loud as Apple’s iPad. They sound nice enough — a bit tinny if you crank the volume up too high, but bass reproduction is adequate. The audio is bolstered by Dolby Mobile audio enhancement, which makes a noticeable difference, provided you tweak the bass and treble levels.

Unfortunately, the speakers are tacked onto the tablet's lower left and right corners, angled out towards the rear. If you’re holding the A510 in landscape mode, it’s incredibly easy to block and muffle the audio. I actually had the best luck holding the tablet upside down, piping the sound up into the air. It looks awkward if you’re a stickler about logos, but was a bit more satisfying over the long haul. 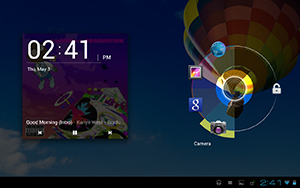 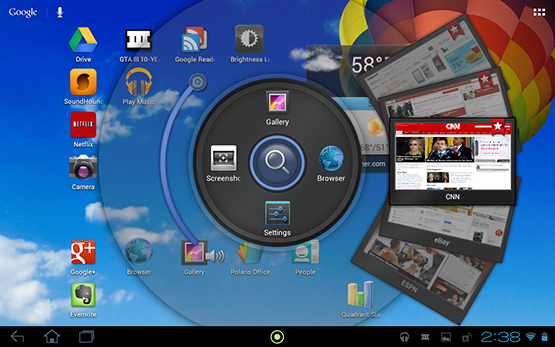 The A510 ships with Android 4.0, Ice Cream Sandwich. The latest version of the Android OS offers considerable stability and performance enhancements over its predecessor, Honeycomb. Acer has only made one significant modification to the stock experience, bundling in its Touch Ring overlay. The Touch Ring works rather well: when unlocking the device, a ring with four application shortcuts appears; slide your finger towards a particular app, and you’ll jump directly to it from the lock screen. You can customize the apps that appear in either ring through the tablet’s settings menu. If the device is already up and running, a small green button sitting in the lower center of the screen will bring up a ring with four application shortcuts, and a stack of locally-stored browser bookmarks.

Acer has tacked a bit of bloatware onto the A510, but there’s nothing too egregious here. Clear.fi is Acer’s DLNA app, designed to share media across devices that are also using the app. If you’ve got lots of Acer gear, you’re in luck; if not, it’s still a pretty serviceable media browser. LumiRead is an ebook marketplace that offers nothing over Google Books, while AUPEO! serves up nothing you weren’t already getting from Pandora or Google Music.

Acer Print allows wireless or USB printing with supported devices, while Polaris Office is a full fledged Office suite. The only app that could foreseeably get in the way is the McAfee Virus Scan Mobile monitor, which constantly lurked in the multitasking bar or scanned files when I worked with the tablet. All told, it’s not bad: while few things are actually useful, there isn’t anything that can’t be ignored or immediately excised from the device. 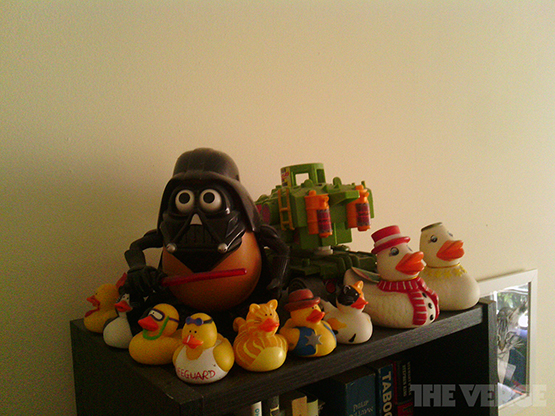 The five megapixel rear camera is positioned in the center of the tablet’s top edge, and while you’ll feel no less awkward for strutting around with that 10-inch viewfinder, it makes composing shots a bit easier than its predecessor. That said, the camera performs about as well as you can expect from an Android tablet — photos are grainy, with muted colors, and generally underwhelming. The autofocus is appreciated, but feels a bit sluggish. The zoom functionality is worthless: magnify your shot even slightly, and pictures become garishly pixelated. The A510 can record 1080p video, but you’ll encounter the same limitations as still photography. Your best bet will be to find a bright, outdoor area if you want to do some shooting. The A510 lacks an LED flash (its predecessor had one), so low-light action is out of the question.

The fixed-focus, one megapixel front facing camera is a bit off-center, listing just to the right of where your eyes might fall naturally. It’s actually perfect for getting that grainy, washed out MySpace angle for your self-portraits or video chats. 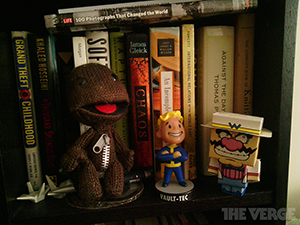 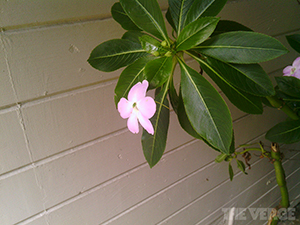 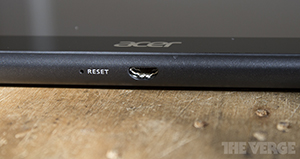 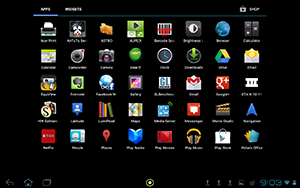 The 1.3GHz Tegra 3 processor tucked inside is arguably the Iconia Tab A510’s crowning feature. Applications behave pleasantly, and the device exhibits little to no noticeable lag when swapping through a slew of running apps. The apps themselves behave well. I spent an extensive amount of time putting Grand Theft Auto III through its paces with the visuals (such as they are) cranked up, and saw nary a dropped frame or performance hiccup. Video playback is also smooth, on both 1080p files and streaming video.

Some elements of Ice Cream Sandwich remain finicky: I encountered the occasional crash, and switching between landscape and portrait modes is a bit sluggish. Browsing is par for the course for Ice Cream Sandwich — scrolling is relatively smooth, and pinch-to-zoom gestures are a bit stuttery. The A510’s browser defaults to mobile sites, which is rather annoying, but Ice Cream Sandwich makes it easy to swap the user agent over to a desktop.

Acer pegs the A510's 9800mAh battery life at about 12 hours of video playback, and its staying power doesn't disappoint. My everyday use is a bit on the heavy side — web browsing, streaming music for a bit of background noise, a few hours of gaming — but the tablet kept on chugging for just about 10 hours.

Our review of Acer Iconia Tab A510 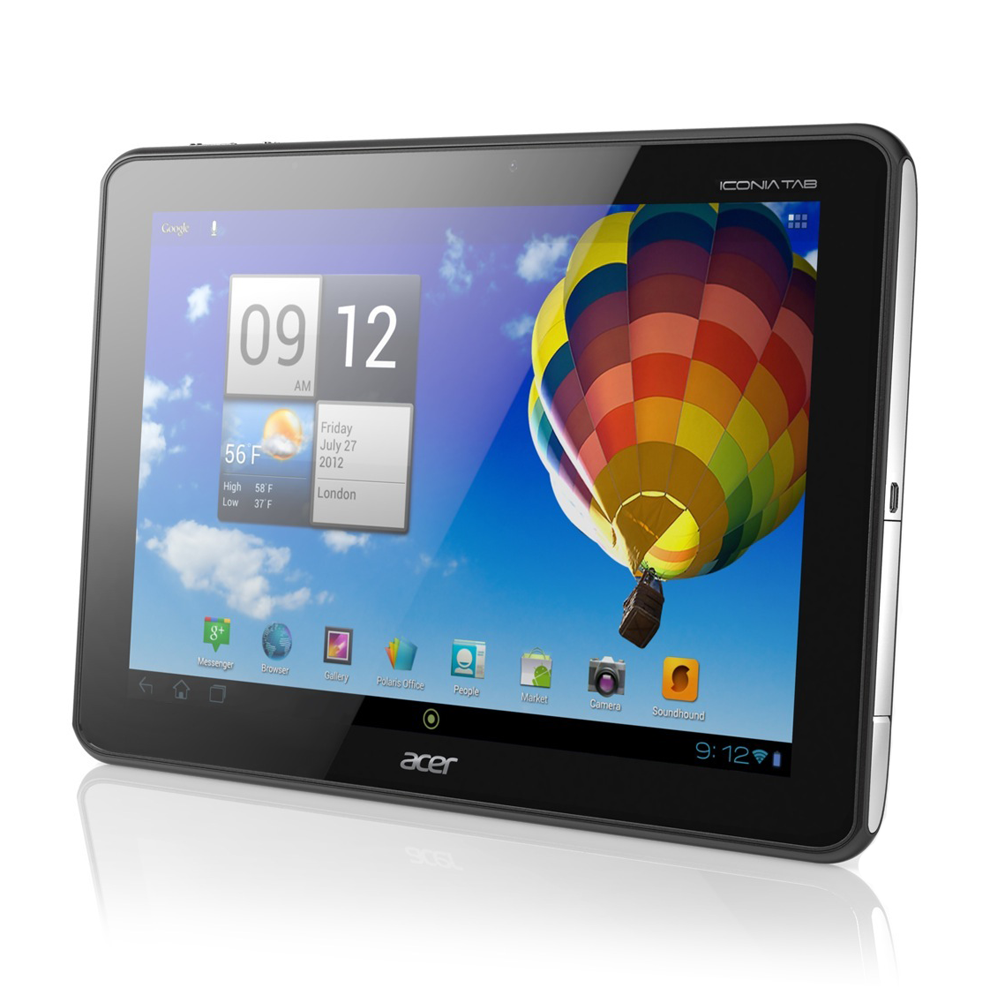 Want in on Android? You can do better

The Acer Iconia Tab A510 is a bit dull. It’s (comparatively) heavy, and thick, and isn’t as comfortable to grip as other tablets. The cameras are mediocre (as expected), and the speakers don’t exactly leave much to write home about. There’s nothing wrong here besides the cameras — the build quality is generally very sturdy, it does everything a tablet is supposed to do, and includes Nvidia’s Tegra. But an extra $50 will get you an Asus Transformer Prime, a device that hits all the same notes in a nicer shell (and then there’s the optional $150 keyboard dock). There's also the matter of the $399 iPad 2, whose latest incarnation received a boost to battery life. And if you're not averse to rumors, at CES in January we caught a glimpse of an Acer tablet packing a 1080p display. All told, the A510 is by no means a bad device. But at this stage in Android’s development, “adequate” simply isn’t going to cut it anymore.