Is video the future of voice?

Is video the future of voice?

At CTIA Wireless 2012, carriers and partners were lukewarm on the promise of HD voice but excited for the future of video calling.

Telephone voice quality has remained essentially unchanged for a century, seemingly immune to the advances in technology that have relentlessly occurred (and continue to occur) around it. Of course, there's more to the story than that — telephone lines have moved from analog to digital and audio codecs have become more efficient over time — but the goal has always been to reduce the amount of bandwidth required to transmit voice at roughly the same quality, not to improve it.

"There's not a great deal of objective data out there that indicates that people will pay more for that voice quality."

VoIP services — most famously Skype — would seem to have advanced the conversation by putting the concept of lifelike voice quality front and center for its millions of users around the globe, and voice over LTE (VoLTE) gives carriers both the bandwidth and the infrastructure to launch so-called HD voice service with little challenge.

HD voice was arguably one of the hot topics at last week's CTIA Wireless show, but Madan Jagernauth, vice president of marketing and strategy for LTE services specialist Mavenir Systems, doesn't buy that it's a critical milestone. "People don't use Skype because of its quality. People use it because it's cheap," he told us. CTO Terry McCabe agreed. "We've had technology after technology come along and effectively use less and less spectrum, less and less bandwidth to deliver voice services, and this is the first time since analog when we've actually said, 'okay, let's use more spectrum to deliver voice service and give it a quality of service.' There's not a great deal of objective data out there that indicates that people will pay more for that voice quality." Instead, the company points to the cost benefits of migrating to VoLTE — which is more efficient than its circuit-switched predecessor, irrespective of HD voice — as a deciding factor for carriers looking to migrate.

And Mavenir isn't the only one bearish on HD voice as a major selling point as VoLTE comes online around the world. Chris Pearson, president of 4G Americas, seems to agree with the sentiment: "I think when you get down to HD voice off of VoLTE, what we've seen in talking to the ecosystem is that the folks on VoLTE are looking to move there not so much for any extra features or so forth at this time. What they're really looking for is simplifying their network, getting a bit more spectral efficiency in their network, and that's just part of that whole evolution of moving to LTE."

"I'm not sure [HD voice is] where many of the operators will place their money right now."

Neville Ray, CTO of T-Mobile USA — which will inevitably deploy VoLTE sooner or later as a part of its LTE-focused "challenger strategy" — shares a similar philosophy. "The interesting piece for me, I think, for the industry is, is there a marketplace for it? The quality of the networks in the US market are pretty high in comparison to some other parts of the universe. And so the question is, if you do something which reduced background noise or whatever it might be — makes that voice call a little bit clearer — is that market opportunity worth all of the work and effort to get there?"

"Quality on the 3GPP side of the house is actually pretty high. You know, in terms of richness of voice. So is the next big thing differentiation in the voice call? I'm not sure that's where many of the operators will place their money right now."

Basically, many in the industry aren't convinced that HD voice can be monetized — and as always, carriers are looking to do whatever is going to drive higher ARPUs (average revenue per user). If voice quality is acceptable as it is and consumers won't pay extra for something better, what's the rush?

Carriers still believe there could be a goldmine waiting for them in new communication technology on LTE, though: video calling. We heard a number of carriers — AT&T included — espouse the need for a unified video calling protocol on 4G back at Mobile World Congress earlier this year, and the buzz wasn't any quieter at CTIA last week. "I think that's more of a growth area, an opportunity. I think the interesting piece about video calling is that was the killer app for 3G... of course, the quality in the early 3G days was just not there. I think with 4G, improvements in the network, improvements in the handsets, video calling is clearly a growing opportunity," Ray told us. (In his "killer app for 3G" comment, he's referring to video calling over UMTS, which was deployed on many European networks in the 2000s but never achieved mainstream success.)

And Mavenir is on the same page. "Video is where it's at in terms of where the operators believe that LTE has a tremendous differentiation," said McCabe. Everyone is keen to rib the dominant force in video calling today, Skype, pointing out that as a so-called "over-the-top" solution, it lacks quality of service — it can't guarantee that packets of data will reach their intended destination the way a carrier can when it prioritizes its own video calling service on the network. Jagernauth also noted that only carriers will be able to offer a one-stop shop for communication — dial a number and choose from voice calling, video calling, or messaging, depending on your preference and the recipient's hardware and network capabilities. 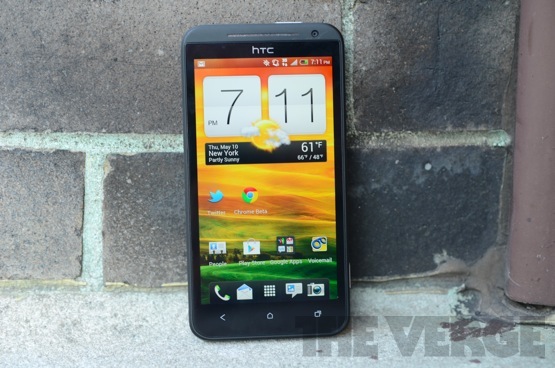 That's not to say HD voice isn't eventually coming regardless, though. "That capability is coming at you just naturally, it's being built into products more frequently and more commonly," Ray points out. And Sprint — which prominently touted HD voice support (and invoked the company's old "pin drop" advertising) at the introduction of its Evo 4G LTE — will begin rolling out the service in conjunction with its 1X Advanced network deployment this year. Fared Adib, vice president of product for Sprint, told us that it'll be "inherent" for customers and the network — it won't be an add-on service. And because the underlying technology for HD voice is based on established standards, interoperability with other carriers won't be a concern as they bring their own services online, which should push uptake even further.

Will HD voice be a headline feature in carriers' ad campaigns in the coming years, though? Not likely, unless it starts printing money.