HTC has unveiled the Desire C, an entry-level Android 4.0 smartphone featuring a 3.5-inch QVGA display and a 5-megapixel camera.

HTC has unveiled the Desire C, an entry-level Android 4.0 smartphone set for a UK release early next month. Sitting just below the well-received One V in HTCs 2012 range, the Desire C features a 3.5-inch QVGA (that's 320 x 480 pixels) display, a 5-megapixel camera, and Beats Audio. There's no word on processor or storage yet, but there'll be 25GB of Dropbox usage included with the device. HTC says it'll come with Sense 4.0, but it's more likely to be the toned down version you'll find on the One V than that of the flagship One S and One X devices.

In the UK the Desire C will be available in black or white, but there will also be a red version for the international market. There's definitely a little of the One Series' design DNA in the Desire C, and we imagine that it'll come to replace the entry-level Wildfire S in HTC's lineup. It'll be available on all five major UK carriers, as well as Virgin and Tesco Mobile. Pricing has yet to be fully detailed, but Orange and T-Mobile have announced they will sell the Desire C at £169.99 on Pay as you go, or free on a 24-month £15.50pm (T-Mobile) or £20.50 (Orange) contract. 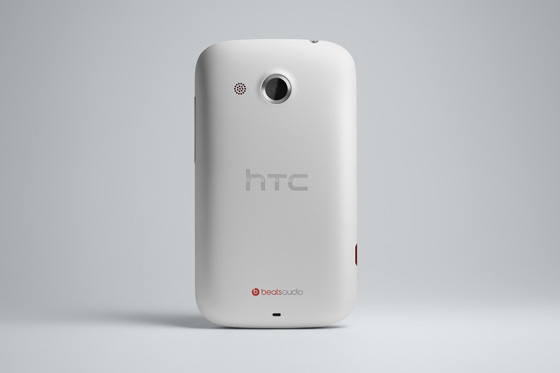