The US Department of Justice sent a strongly worded letter to the Baltimore Police Department (BPD) on Monday, reprimanding it for insufficiently supporting the right of citizens to record video of officers on duty — a move that suggests the federal government is becoming increasingly concerned over related civil rights abuses.

Share All sharing options for: US Department of Justice says citizens have a broad right to record police officers on duty

The US Department of Justice sent a strongly worded letter to the Baltimore Police Department (BPD) on Monday, reprimanding it for insufficiently supporting the right of citizens to record video of officers on duty — a move that suggests the federal government is becoming increasingly concerned over related civil rights abuses. The DOJ is not satisfied with the BPD's response to a settlement for a case involving the unlawful harassment and detention of a man named Christopher Sharp — just one of many similar incidents across the US involving police officers encroaching on the right of citizens to record their public duties.

In May 2010, Baltimore police arrested Sharp at the Pimlico Rase Course after he recorded officers arresting and beating his acquaintance. During the incident, the officers seized Sharp's cellphone and destroyed all of the videos it contained. The BPD and the Police Commissioner then sought to dismiss Sharp's case against them, ironically citing a police policy that was intended to prevent officers from disrupting lawful recordings made by citizens. That policy, General Order J-16, contains a loophole that allows officers to interfere with recordings if the person recording video is actively violating a law — a relatively low hurdle for officers who have inappropriately used some laws, like anti-loitering laws, to justify their actions.

In a separate recent incident, Baltimore police officers harassed a citizen who was recording them during an arrest because he was allegedly loitering (video below). Mickey Osterreicher, General Counsel for the National Press Photographers Association (NPPA), finds the department's commitment to its own policy lacking. He tells us that after the BPD implemented its policy, "I found it very interesting when on that Saturday, the next day, there was another incident with police disrupting someone's recording." Though the BPD announced that it had trained officers in accordance with the policy, Osterreicher says "I was wondering whether they had actually spent that time training the officers on new ways to circumvent the public being allowed to record them."

"I was wondering whether they had actually spent that time training the officers on new ways to circumvent the public being allowed to record them."

Across the country, similar reports have surfaced in recent years that depict a disturbingly common theme: aggressive officers continue to harass citizens, seize their videos and devices, and detain them for recording the police. Last year, a man was unlawfully detained for taking photographs of Baltimore's light rail trains, even though the Maryland Transit Administration said it would stop harassment of photographers. In another 2011 incident, a man in New Orleans who was recording a video of police using a taser on a parade participant had his phone violently knocked out of his hands by an officer. And back in August, representative Steve Chabot (R-OH) directed officers to confiscate cameras from citizens at a public town hall meeting. The Occupy movement has also generated a number of disturbing reports, including the use of strobe lights by police to blind recordings, and even the use of force, including rubber bullets (video below). These are just a few examples, and other cases of blatant police disregard for recording rights abound.

While the DOJ's 11-page letter is specifically directed at the BPD, the agency says that it "also reflects the United States' position on the basic elements of a constitutionally adequate policy on individuals' right to record police activity." The DOJ says that "policies should affirmatively set forth the contours of individuals' First Amendment right to observe and record police officers engaged in the public discharge of their duties," and that "recording governmental officers engaged in public duties is a form of speech through which private individuals may gather and disseminate information of public concern." The agency argues that while courts have only recently tackled the issue of recording police, "the right is firmly rooted in long-standing First Amendment principles." Additionally, the DOJ reiterates the Supreme Court's view that "the press does not have a monopoly on either the First Amendment or the ability to enlighten," and says that "this principle is particularly important in the current age where widespread access to recording devices and online media have provided private individuals with the capacity to gather and disseminate newsworthy information." The DOJ also maintains that seizure of recording equipment and videos without a warrant constitutes a Fourteenth Amendment violation that robs citizens of due process of law.

It's not just about policy — it's about law enforcement culture

But the DOJ also notes that it's not just an issue of police policy — after all, the BPD's policy is worded to protect the right of citizens to record. It's also an issue of law enforcement culture and of the willingness of officers to uphold the civil rights of citizens in cases where they may be uncomfortable or offended by recordings. 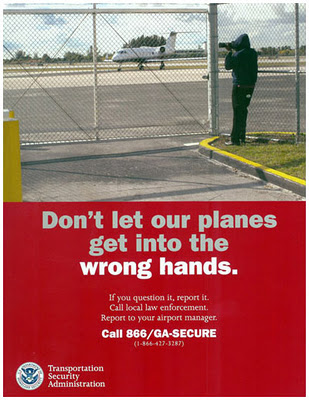 The DOJ says that policies must be designed "to effectively guide officer conduct" in order to accurately reflect the civil rights of citizens. The agency says that the BPD's recent order is not sufficient to meet those requirements, and that the department's policies should "provide officers with practical guidance on how they can effectively discharge their duties without violating that right." Tellingly, the DOJ says that the BPD's general order should "affirmatively set forth that individuals have a First Amendment right to record officers in the public" — something that's presumably already provided by the existence of the First Amendment, but that apparently must be instilled in the minds of some officers. The NPPA's Osterreicher agrees, telling us that "there's always been tension between the police and the press, or the police and anyone with a camera," and that "no matter what policies are in place, there needs to be continuous training because in order to see a cultural change in the police it's going to take a lot of work." He adds that "I think for the most part that officers mistakenly believe that the idea of serve and protect extends to protecting people and things from being photographed out in public, and that's not the case."

"I think for the most part that officers mistakenly believe that the idea of serve and protect extends to protecting people and things from being photographed out in public, and that's not the case."

Other civil liberties groups, like the ACLU, have mounted serious opposition to police departments and state attorneys that have harassed or prosecuted citizens for recording officers. The ACLU says that "unfortunately, there is a widespread, continuing pattern of law enforcement officers ordering people to stop taking photographs from public places, and harassing, detaining, and arresting those who fail to comply." And while some states have special wiretapping laws that prohibit citizens from recording the audio of others without consent, the ACLU maintains that such laws are unconstitutional. The ACLU has fought the issue in courts, and won an important federal judgement last Tuesday, when the US Court of Appeals for the Seventh Circuit issued an injunction against prosecution for recording on-duty police — a crime that would otherwise be a Class 1 felony with a possible prison term of 4 to 15 years.

But it's unlikely that the federal government will be able to investigate and pursue the wide swath of local and state law enforcement groups that violate civil rights with respect to recordings — it's simply too easy for police to swat away a phone, and the burden of holding police accountable in every instance is a costly enterprise for private citizens. Still, the DOJ's actions show that the federal government takes the issue seriously, and is prepared to argue that police restrictions on recording are generally unacceptable. And considering that other sectors of government have struggled to understand modern technology at basic levels, the DOJ's technical awareness is a welcome change — one that will hopefully better translate basic civil rights in the age of the smartphone.