A Fiat 500 has appeared on the steps of a Volkswagen building in Sweden, prompting speculation that it was a practical joke.

We imagine many people would hide at the sight of the Google Street View car for fear of being recorded for all eternity, but Fiat had other ideas. The Italian carmaker apparently decided to use the opportunity to prank Volkswagen when Google was shooting Street View footage in Sweden recently — and what better way than parking a Fiat 500 right on the doorstep of its German rival's local headquarters? It's possible that it was all a coincidence, but since you can see the 500 playfully trailing the Street View car on other shots it doesn't seem likely. Resume.se says that Fiat's marketing director unsurprisingly declined to comment, but in any case the damage has been done. 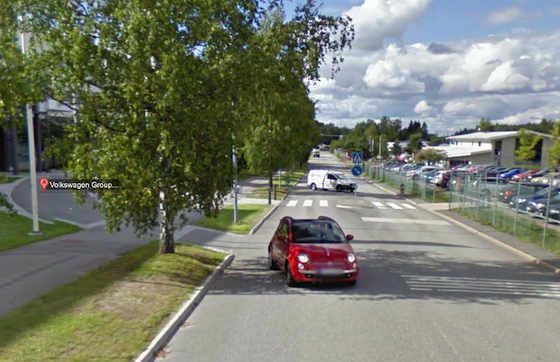