The Listening Machine is a British experimental music project which turns Tweets into music.

Share All sharing options for: The Listening Machine turns Tweets into music, literally

The Listening Machine is an experimental art / music project by Daniel Jones, Peter Gregson, and the Britten Sinfonia chamber orchestra. The "machine" is an automated system which takes a selection of 500 Twitter accounts in the United Kingdom based around several different categories, such as technology, arts, and business. The machine monitors those peoples' Tweets and analyzes them based on several factors, including the "mood" of the Tweet -- whether they contain words interpreted to be positive or negative. It also checks to see if the Tweets pertain to the designated topics, and finally, it analyzes them for prosody -- length and rhythm.

The result is music. The program takes sentence structure, emotions, and rhythm, and correlates that to musical phrases and motifs. The goal is to create a live soundtrack to Twitter, and the project will be hosted from May to October at the Space, the BBC-funded online project which is also one of the homes of John Peel's extensive record collection.

Click on the source link below to have a listen to the music, which is produced in real time, 24 hours a day. 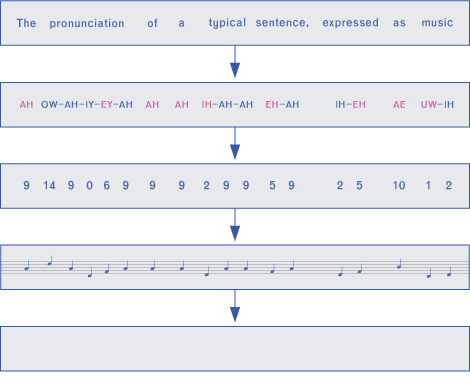