The new Android version breakdown released today shows some significant changes over last month. Android 4.0 is on the rise, likely due to the increasing shelf space occupied by ICS-powered devices like HTC’s One X and One S, and the large number of Android 4.0 updates we’re seeing — like those for Sony’s Xperia Arc S, Neo V, Ray, and Tablet S. In fact, the overall Ice Cream Sandwich share expanded by more than two thirds, from 2.9 percent last month to 4.9 percent for the period ending May 1st. Gingerbread’s share is still growing as well, up to 64.4 percent for the period — in comparison, it grew from 62 to 63 percent during March, which means its rate of growth actually increased. Meanwhile, the lowly Honeycomb platform is sitting steady at 3.3 percent, practically unchanged since February.

It's worth noting that the numbers published on the Android Developers blog reflect the number of devices that accessed the Google Play store within a 14-day period. For that reason, they don't include people who use their devices like dumbphones, or devices without Google Apps such as the Kindle Fire and certain Chinese handsets. In any case, May is looking to be another big month for Android 4.0 updates — Verizon is said to be releasing new software for a number of its handsets, Sony will be pumping out a new round of updates, and Samsung Canada just released Android 4.0 for nine of its devices. 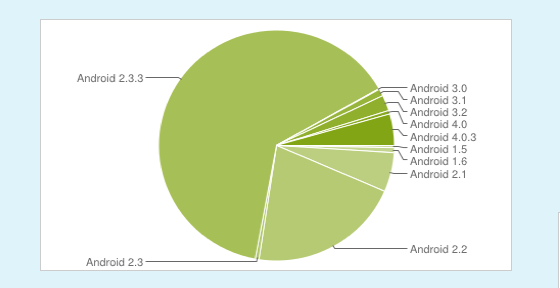 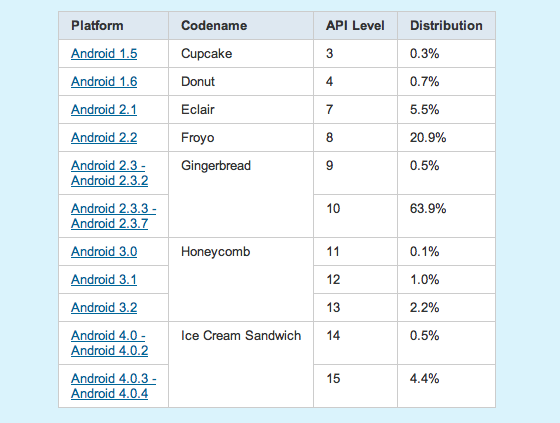