Share All sharing options for: 110 film brought back to life by Lomography with Orca B&W 100

No-one's made 110 film since 2009, making it difficult to source cartridges for fans of tiny cameras everywhere. That all changes this month, however, as Lomography has decided to do what The Impossible Project did for Polaroid and breathe new life into the format. The limited edition Orca B&W 100 will start shipping on May 23rd, and is the first in a series of new 110 films set to be released this year by the toy camera company.

Orca is a slow monochrome film that leaves off the paper backing, meaning that the spool won't stop when you've finished the roll, so you'll have to make sure to count your shots. The last four frames of each 24-exposure roll will also be more susceptible to light leaks, which could be considered a flaw or a feature depending on your perspective. No word on what the other upcoming films will be like, but for now you can preorder the first Orca cartridges at the Lomography Online Shop for $7.90 apiece. 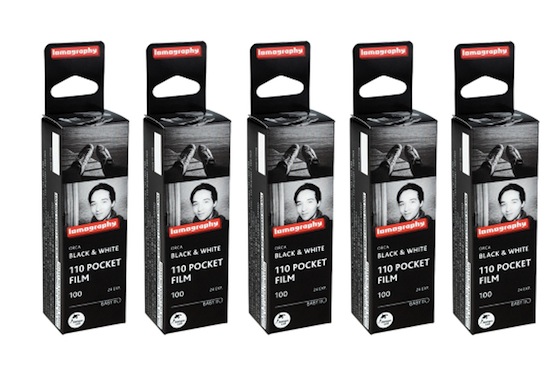