According to a new rumor, Dell will be releasing a new entry in its business-focused Latitude series that will include Ivy Bridge processors.

Dell's business-focused Latitude series is reportedly getting an ultrabook-style makeover, with a new, slimmed down model called the Latitude 6430u. The rumor comes to us courtesy Tweakers.net, which reports that the new laptop will be just 20.9-millimeters thick (0.82-inches), making it a shade thinner than its predecessor, the Latitude E6420. The laptop will also reportedly include a 14-inch screen with a 1366 x 768 resolution, an aluminum body, 8GB of memory, and up to 250GB of storage. It'll also have a 1.74-pound battery that's easily removable, come packed with either a Core i3, i5, or i7 Ivy Bridge processor, and include a fingerprint reader and smartcard reader as optional features. The specs are quite similar to another business focused Ivy Bridge laptop — the HP EliteBook Folio 9470m. Dell has yet to officially announce the 6430u, and for now we have no details on when it's expected to ship or how much it'll cost. 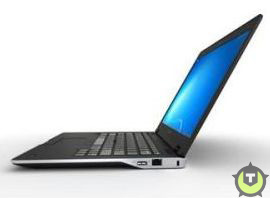