On Wednesday, CornellNYC Tech named its Founding Entreprenurial Officer, ex-Twitter CTO Greg Pass, who knows a few things about building successful start-ups from the floor up.

Cornell University's new campus has a mandate to kickstart innovative technology projects and companies in New York City. It has a substantial endowment and a long-term home on city-owned land on Roosevelt Island, won after a long courtship and fierce competition with other top schools. It has a short-term home in Manhattan's Chelsea neighborhood, donated by Google just this week, for when its first students arrive this fall. Its founding dean, Dan Huttenlocher, is assembling the faculty who will teach those students. All it needs is someone who can help convert those rich resources into practical results. 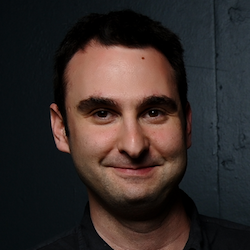 On Wednesday, CornellNYC Tech named its Founding Entreprenurial Officer, Twitter's ex-CTO Greg Pass. Pass knows a few things about building successful start-ups from the ground floor up. Union Square Ventures' Fred Wilson has called Pass "one of the unsung heros of the Twitter success story. He brought a calm, steady hand to a ship that was caught in a storm. He got it going in the right direction and headed for calmer waters." Before Twitter acquired Pass's search start-up Summize in 2008, making Pass its new VP of Engineering, Evan Williams and Biz Stone didn't have a technical team or business model robust enough to keep up with the company's growth. Pass was key in creating both, and making Twitter's legendary "fail whale" nearly extinct. In 2011, when Pass left to become an advisor at Williams' and Stone's start-up incubator Obvious, Twitter never replaced him as CTO.

In the 1990s, Pass's first start-up, TwoFish, spun out of his undergraduate research at Cornell. The company, its image search algorithms, and Pass's skills were bought by AOL in 2000. When Huttenlocher, a friend and mentor of Pass's at Cornell, approached him about helping build a new school as a kind of start-up, helping guide young entrepreneurs and engineers on a path similar to his own, Pass couldn't refuse.

"I don't know how you say no to this kind of chance," Pass told us, "especially when the tech scene in New York City is really starting to take off," pointing to companies like Fancy, Artsy, Readability, and Kickstarter, each of which add a tech spin to traditional New York industries like advertising, art and architecture, publishing, and finance.

"One of the ingredients of innovation and collaboration is just having talented people be in proximity to each other," Pass says. "What we have in New York are sectors where you have many creative people, but not necessarily many creative engineers."

CornellNYC Tech is designed from the ground up to build on the existing and emerging energy in New York, and remedy that gap. Instead of traditional academic departments, it's centered around three interdisciplinary hubs: Connective Media, Healthier Life, and Built Environment — all areas where New York has traditionally excelled, but which often seem sorely lacking in start-up-style vitality.

CornellNYC Tech's hubs are also oriented towards practical work that create lasting value. "The mission of the school isn't just to create commercial value, but also to feed into social entrepreneurialism," Pass says. "We want students who are going to school because they want to work for, or start, an innovative company — to have an impact and make a difference."

Pass's role is to connect those students and faculty with the entire entreprenurial ecosystem, from start-ups and established firms to investors and lawyers. "I'll be looking for partnerships for project work for students and applied research work for faculty," he says. His job is also to help bring university research and ideas to help feed that ecosystem. For instance, he notes, social media is one area where there's rich academic research developing about changes to behavior and society that has largely been cordoned off from the engineering and data issues involved.

"As we bring in more and more talent, not just through education but through new start-ups and new capital, I think we'll see different outcomes than we would see in other cities," Pass says. He downplays any sense of rivalry between New York and established technology hubs like Silicon Valley or Cambridge. "It's not just local companies who are excited about this, but people from everywhere," he says.

Pass also points to his experience at Twitter: "Entrepreneurship and innovation is not a zero-sum game. Not only do different cities have different characters and work on different areas, but even in an area like social networking, companies that are apparently competitive can help drive innovation through an entire sector. And cities and regions can do that too."