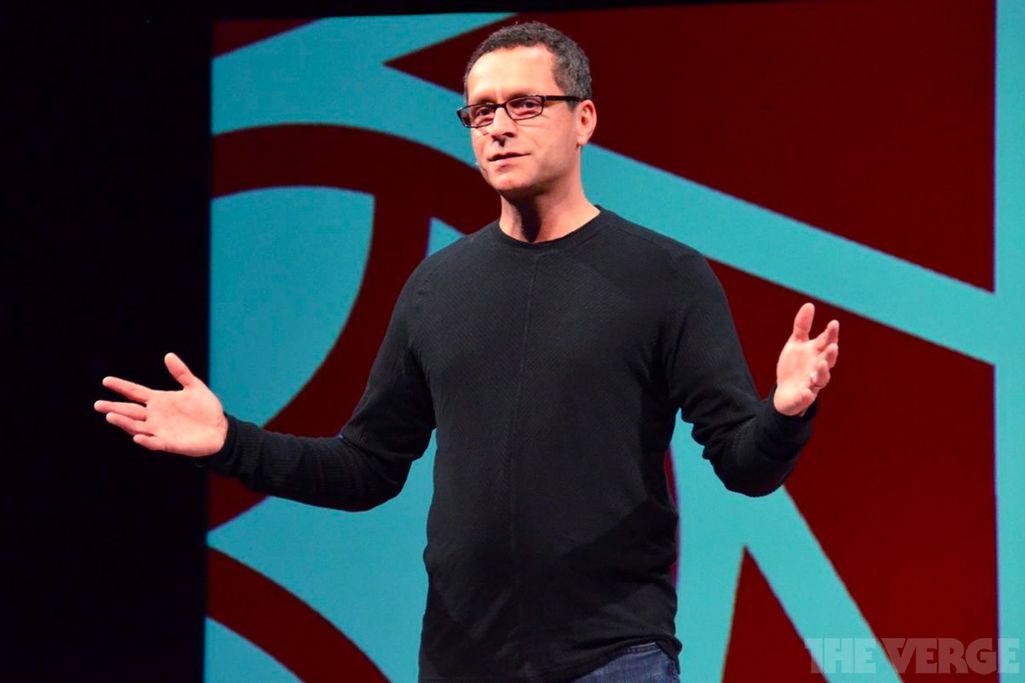 Google+ doesn't get much respect right now, thanks in part to reports that sign-ups are high but engagement is low. These reports don't seem to phase Google's VP of Product Management for Google+, Bradley Horowitz. Rather than worry about matching Facebook and Twitter feature-for-feature, Horowitz is focusing on "long-term ambitions that are beyond the scope of the today’s competitive landscape."

We sat down for an interview at the Google+ Photographer's Conference yesterday for a discussion about where the service is headed and how it's attempts to woo the community of professional photographers could be touchstone example of how Google thinks about social — and how to monetize it. 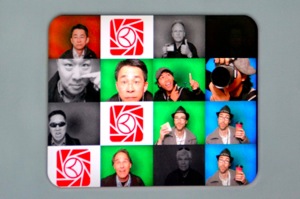 Despite the conventional wisdom that Google+ is isn't growing quickly enough, Horowitz tells us that he's "delighted" with the growth that the social network has already seen in the short time it's been online. He points out that building a social network can't happen overnight even in the best of circumstances:

We’re trying to compress eight or nine years of society evolving these social tools [...] into months — and we have. [...] Some of this can’t grow faster than it wants to. What’s the saying? Nine women can’t have a baby in a month. In the same way, some of these processes of lighting up a network happen in their own time.

It is fair to note that Google+ hasn't been online for very long, but the internet has a way of judging social networks quickly and letting them die off, forgotten. Horowitz is obviously committed to ensuring that doesn't happen. One of the main strategies is something we've already seen: integrating Google+ into other services, most notably the "Search, plus Your World" effort. That's a trend you can expect to continue in a big, big way. Echoing comments we've heard from Vic Gundotra, Horowitz is clear that this social network will be integrated into as many Google products as possible — and those products will also find their way into Google+.

This isn’t just about one product, it’s about Chrome and Android and Search and Ads and YouTube and Gmail and all that Google is. It’s a deepening of the relationship between the user and Google that will create services in the user’s service.

Although Horowitz's title is VP Product, Google+, he doesn't see Google+ as a product. Instead, it's a "project" for the entire company whose scope is as large as anything we've seen Google tackle — perhaps larger, "The ambition and scope of this project is part of what I think people underestimate. We knew it from the beginning." The question is whether Google can make good on those lofty goals and the answer just may be revealed in its efforts to win over professional photographers. 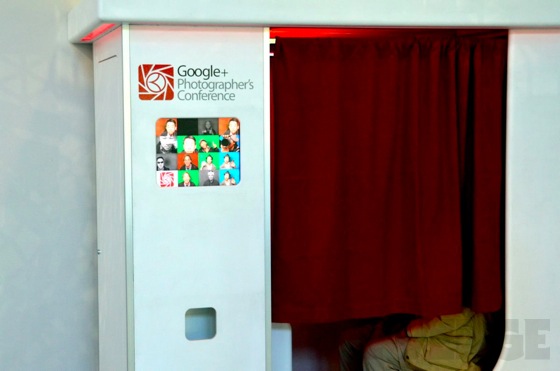 Sitting in the same room where at the Yerba Buena Center for the Arts where Apple most recently announced the new iPad, it was easy to see that Google is trying to capture the attention and imagination of professional photographers. It was actually possible to believe that it was having some success as well, given the level of engagement and attention from the crowd, and Google is committed to rewarding that engagement. Whether it's the way that Google lays out albums in a larger format than the competition, the improved photo presentation in the updated iPhone app (Android coming soon), or simply a dearth of serious competition, Google is trying to seize upon an opportunity to provide a niche where professional photographers can share images in a way that's better suited to their needs than some of the competition.

Speaking about photographers, Horowitz told the crowd "the fact is, there is a Google+ community." Horowitz is no stranger to serving this community. Before he joined up with Google some four years ago, he led the effort at Yahoo to acquire Flickr. It was during that process that Horowitz told the crowd he discovered the power of social. He related a story about the first time he met Flickr's founders, Caterina Fake and Steward Butterfield, when he explained that his field of study involved getting computers to recognize images using algorithms, and there hadn't been much progress in the field.

They looked at me sort of quizzically and said "Um, why don't you just ask people?" I said "What do you mean?" "Just ask people, that's what we do in Flickr. It's called tagging. People are just all too happy to volunteer their knowledge." [...] And when they used the example of "funny" or "ironic" or "snarky," I realized that my algorithms were so far from having a "snarky detector" that, you know, this was a better approach. [It was better to let] algorithms crunch the data, run the numbers, take the data-intensive work and offload it from our brains but letting people do what they do well: interpret, understand, imbue meaning.

That approach makes perfect sense for somebody who is building a social network inside the most data-focused of all companies, Google. In the very same way that Horowitz himself had to pivot from a data-centric approach to one that balanced social interactions with computer algorithms, the company itself is struggling with the same transition.

Photography actually represents an interesting example of opportunities to do just that. Google is interested in both getting social signals and computerized signals — including everything from camera EXIF data to biometric signals from the photographer — and finding ways to utilize that to surface content for users.

When considering what features to add to Google+, Horowitz takes a long-term approach. Instead of focusing on the next feature for that feature's sake, he says that his team looks forward to "very audacious and ambitious goals and [works] backwards from that." Those long term goals involve the integration of all of Google's services, the enmeshing of social and computerized information, better ways to protect and store content, and ways to present content that's more relevant than a "blunt instrument" like Google's current "What Hot" tool. If that's all a little too vague for us to determine what feature is actually coming next, well, Horowitz was clear that he wasn't making product announcements at yesterday's event.

Still, there were some hints, one of which revolves around monetization. Making money with a social network isn't exactly easy. Facebook, Twitter, and even Tumblr are all experimenting with ways to integrate advertising into their social networks without making them jarring for the user. For photographers, luckily, Horowitz fully recognizes that presenting an ad on top of a photo is a bad experience and he's not particularly interested in going in that direction without some serious thought.

How will Google+ approach this problem? Right now, for photographers, there's not an immediate answer. Horowitz told us that "today [Google+] doesn't deal in the realm of the transactional," referring to directly paying for things like prints or stock photos. During our interview, he again approached it with a future-oriented mentality:

If we're working from fulfilling the interests of the photographers backwards, this is something we've heard. [...] Also, just to be clear, I think it's something Google is good at. We work with publishers worldwide to help them monetize their content. This is not a new endeavor for us, it's what we do. We don't think there's an allergy towards helping photographers be successful with that.

That certainly sounds a bit like "AdSense for photos," but squaring ads with Google+ circles isn't going to be easy. "We have not yet figured out a way, in the context of the lightbox, to make ads useful and relevant, so we're not going to impose them upon our users just for the sake of monetizing," Horowitz told the crowd, but he did so in the context of explaining how Google is very adept at understanding when an ad is relevant in search.

Whether it's ads or perhaps a more "transactional" approach with Google Wallet, monetizing photos is a difficult problem to solve — and frankly it's not something that Horowitz is concerned with right now [corrected from original]. Even so, Google wants to court professional photographer community, and it's hard to deny that finding ways to help them make money would someday be a great method for keeping them around.

Google+ is both old and young right now: it's less than a year old, but in internet years it feels as though it's been with us for ages. Looking foward, Google is unapologetic in saying that it will be with us for a long time to come, taking a very different stance than it did with previous efforts like Buzz and Wave. Those were "betas" in the old tradition of Google, but with Google+ the company feels that it has finally struck upon a model that will allow it to move beyond its traditional search and ads business model. Google would clearly like to expand beyond simply serving ads to its users both on the web and on mobile and with Google+, it's doing that right now. Even so, it's not yet certain that a vast social network can be leveraged into an equally vast revenue base. Still, when you see Google betting so big on social, perhaps Facebook's $100 billion valuation isn't so crazy after all.