The FCC is trying to make a backdoor change to the rules governing television distribution that would put internet TV providers under the same umbrella as traditional cable and satellite providers.

Share All sharing options for: FCC considers backdoor rule change that could jumpstart the era of internet television

The FCC is trying to make a backdoor change to the rules governing television distribution that would put internet TV providers under the same umbrella as traditional cable and satellite providers. The move could saddle internet providers like Hulu and Netflix with new regulatory and fee burdens, but it could also unlock their potential by giving them the right to purchase popular programming from networks — a privilege that's guaranteed for traditional distributors but not online providers. The FCC aims to accomplish this by doing the only thing it reasonably can do: by reinterpreting existing rules set by Congress to enact its agenda. In this case, the FCC is making a similar play to the one it made when it reclassified broadband services under Title II of the Telecommunications Act — it's attempting to adapt old rules set by Congress to new technological realities.

The FCC is doing the only thing it can: reinterpreting the outdated rules imposed by Congress

Under the FCC's existing rules for TV distributors, networks are required to sell their programming to any "multichannel video programming distributor" (MVPD) that wants to air it — which include cable and satellite companies with physical transmission lines like Comcast and Time Warner Cable. Internet TV providers, which do not posses their own physical transmission infrastructure, provide their services "over the top" of traditional cable networks. Since providers like Hulu and Netflix are not classified as MVPDs, they must negotiate deals with networks to provide content over the internet, and often lag behind cable providers with content offerings. If the FCC expanded its definition of MVPDs to include internet TV providers, networks like NBC and CBS would be required to sell them content.

While networks and traditional providers have been reluctant to move their services and content to the internet, some people are optimistic that a transition will occur very soon. Back in January at CES 2012, Vizio CTO Matt McRae told us that an internet-based TV provider with 50-100 channels would be coming within 18 months. And asThe New York Times reports, Discovery Channel CEO David Zaslav predicted on Monday that "somebody's going to come over the top" to sell a package of cable channels over the internet. Zaslav's input is notable considering that the Discovery Channel rejected a request from a media company called Sky Angel that wanted to sell its programming alongside its family-friendly channels — and Sky Angel's protest of Discovery's actions to the FCC prompted the agency's consideration of a rule change.

Predictably, some cable companies and networks want to hold onto their existing arrangements.

Predictably, some cable companies and networks want to hold onto their existing arrangements, and argue that MVPDs must include transmission paths by definition. In publicly-filed comments, The National Cable & Telecommunications Association (NCTA) says that the "statutory definition of an MVPD unambiguously requires something more than that an entity simply provide programming without any transmission path." Networks like Discovery Channel agree, arguing that "any different interpretation would render the requirement that an MVPD make available 'multiple channels of video programming' utterly meaningless." Both networks and traditional distributors also take issue with revision of the meaning of "channel," claiming that it refers clearly to the physical transmission path that carries video. 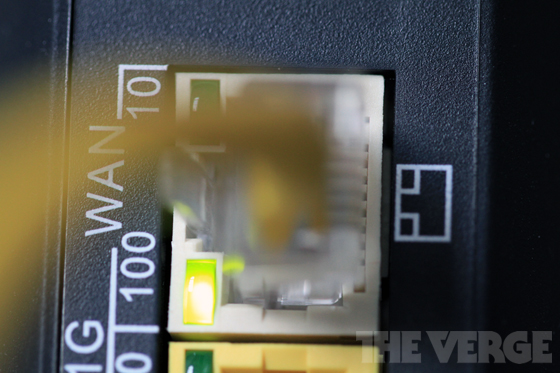 Supporters of internet TV say that current MVPDs enjoy significant advantages over their competitors, and generally support an FCC rule change. Sky Angel argues that Congress wanted the definition of MVPDs to be interpreted broadly, and that "Congress' intent was not to advance particular alternative technologies, but to generally provide competition to monopoly cable operators." Internet advocate Public Knowledge wants the FCC to declare that Sky Angel and other similar providers are MVPDs, and says that the Communications Act uses "channel" both "in a 'container' sense, to refer to a range of frequencies used to transmit programming, and in a 'content' sense to refer to the programming itself."

Throwing internet TV providers into the same box as traditional distributors may not be a great long-term solution, but it's probably the FCC's best bet to make changes to the rules that reflect modern consumer needs. The other option is for the FCC to come up with a new regulatory scheme for television distribution — a project that would be sure to please an army of lawyers and lobbyists who would love nothing more than to file public comments for the next decade.