Various Mountain Lion features have been creeping out as users examine the developer betas. Two more features have surfaced in the past day: offline Safari Reading List and Dictation.

Various Mountain Lion features have been creeping out as users examine the developer betas. Two more features have surfaced in the past day: offline Safari Reading List and Dictation. The first comes by way of Gear Live, which happened upon an alert dialog in Safari which pretty much confirms that the browser's Reading List functionality will gain offline support, a feature that's been long-expected. Reading List keeps a list of articles you'd like to read later and also reformats webpages for easier reading on both Mac and iOS, but to date it has only worked online. Adding offline functionality to the feature would seem to encroach on turf held by the likes of Instapaper and Pocket, but Instapaper's Marco Arment is on record as not being too worried: so far competition from the existing Reading List and others hasn't appear to hurt sales in any direct way. 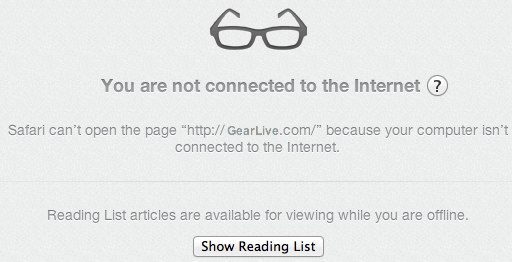 The second feature is less of a sure thing, but it's possible that the Siri-based dictation feature found on the new iPad could be made available on the Mac. 9to5Mac discovered a a "Start Dictation" command in a list of keyboard shortcuts in Mountain Lion. The shortcut, "Cmd-Cmd" seems a little awkward, but nobody knows what it would be like to use in practice as the functionality is not actually there (yet?) in the latest Mountain Lion Developer Preview.