Share All sharing options for: 'Fastest ever' 110Mbps SoftBank 4G mobile router out in Japan this fall

SoftBank's recently-launched AXGP 4G network is capable of speeds up to 110Mbps, but so far we've only seen the release of a 76Mbps mobile router. That's set to change at some point after September courtesy of the Ultra Wi-Fi 102HW, a Huawei-made router that SoftBank is calling the "fastest ever." It'll allow for theoretical maximum download speeds of 110Mbps and uploads of 10Mbps, and has a 3,000 mAh battery.

Somewhat oddly, SoftBank seems to be content with restricting its new network to mobile routers for now. At today's event announcing the carrier's summer lineup of phones, CEO Masayoshi Son elected to emphasize the recent acquisition of 900Mhz "platinum band" spectrum with which all upcoming devices will be compatible. SoftBank announced two 42Mbps HSPA+ phones, the Fujitsu Arrows A and the Sharp Aquos Phone Xx, but with Docomo's summer lineup featuring eleven LTE devices Japan's third-placed carrier is looking a little behind the pace. 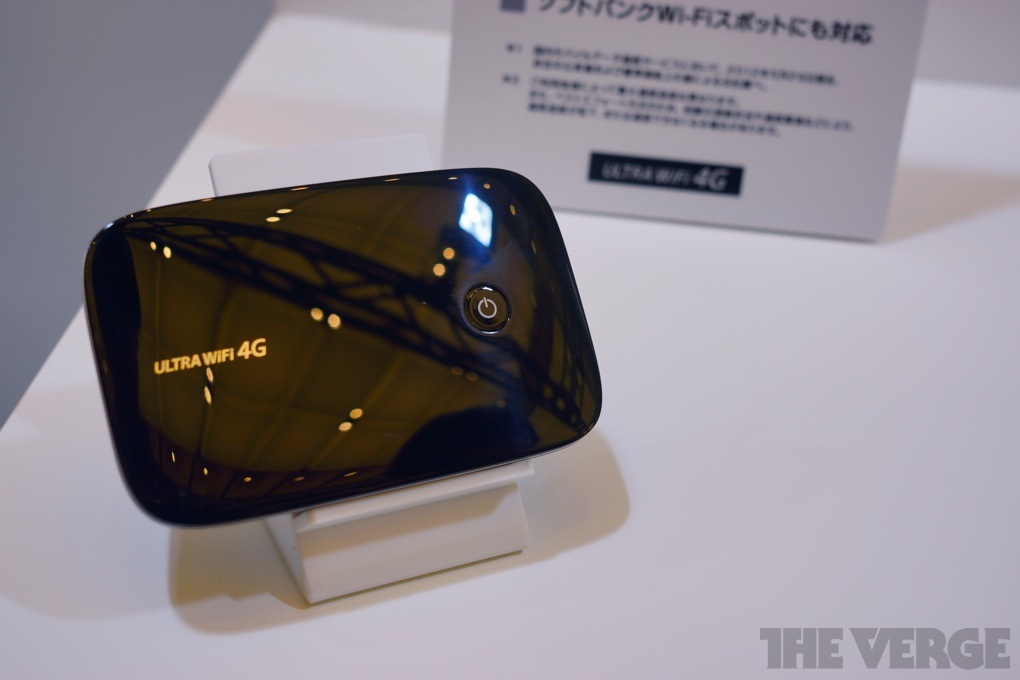