A new report has surfaced adding further credence to the belief that iOS 6 will include a new 3D Maps app when it eventually launches.

Earlier this month reports surfaced that Apple was preparing an updated Maps app for iOS 6, which would include a focus on 3D. And while we still don't know for sure what the company is up to, BGR is adding some fuel to the fire with some new images and details, reportedly for the new version of the app. It's hard to gather much from the low-quality images, but the new Maps will reportedly feature a redesigned interface, which will include a new navigation bar and a silver color scheme to replace the familiar blue. The 3D option will apparently be accessed by peeling back the actual map to access the menu, much like in the current version of Maps. The site also claims that the updated app will be launching sometime this summer. Of course, this is all speculation for now — and while it seems likely that iOS 6 is in the works, chances are we won't hear anything official until at least June 11th when the Worldwide Developers Conference 2012 kicks off. 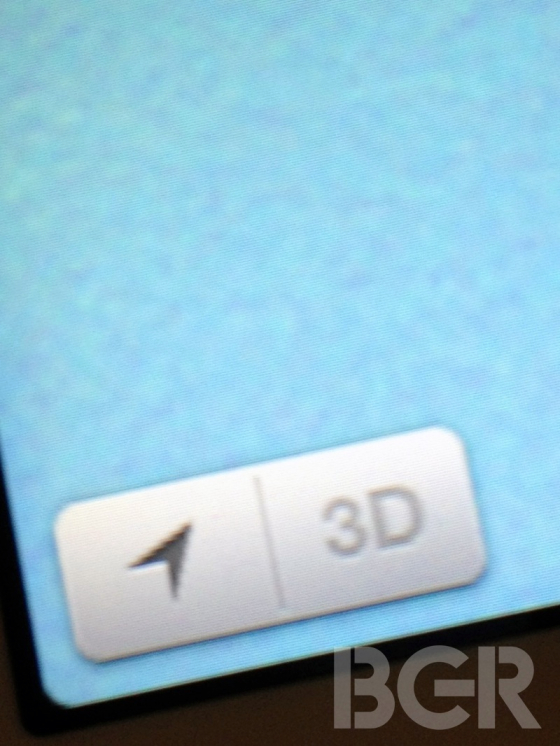