A new breed of startups is seeing unheard of growth thanks to Facebook's Open Graph. But like all steroids, bulking up fast carries big risks.

A packed room of more than 200 founders, VCs and internet bankers took a moment to look up from their iPhones and listen in hushed reverence as one of Silicon Valley’s top investors explained what he looks for when choosing the next hot startup.

The arrival of Facebook’s Open Graph has created a new breed of supercharged startups. Mobile app Viddy packed on 25 million new users in the month after it integrated with Open Graph. SocialCam added 20 million users in just two weeks after it joined the club. But like all performance-enhancing drugs heavy steroid use carries some serious risks. 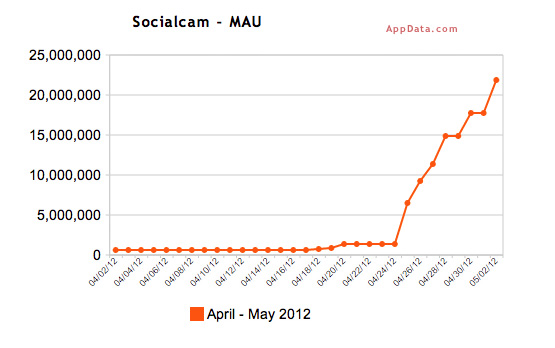 "You’ve got to be careful not to confuse growth with value."

The best example of this kind of accelerated growth is Pinterest, which went from scrapbooking app for midwestern moms to the "fastest growing startup of all time," with everyone, including President Obama, joining up to share their favorite recipes and dog photos. The big surge in growth coincided precisely with the debut of Pinterest on Timeline / Open Graph.

Pinterest experienced healthy but not staggering growth through 2011. But the service was one of the first apps to get access to Facebook’s Timeline and Open Graph. It helps to have a co-founder who worked at Facebook, and an investor like Marc Andreessen who sits on Facebook’s board.

The service leapt from 6 million monthly active users on Facebook to a peak of around 14 million. And then, in just the last thirty days, it has plummeted, falling to around 8 million. Zuckerberg giveth, and he taketh away. As to the exact cause of this rapid change, it seems that after the social network disabled auto-posting, Pinterest activity on Facebook plummeted. Its daily active user count has been cut in half, from a high around 2.2 million to 1.1 million today.

"When investors see a sharp drop off in engagement, that is a real warning sign," said David Pakman, a partner at Venrock. "You’ve got to be careful not to confuse growth with value." 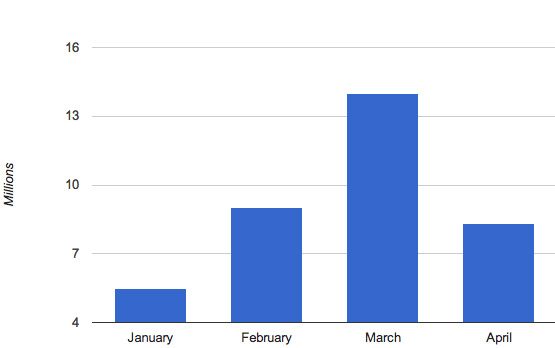 This isn’t the first time Facebook has supplied young startups with a potent form of steroids. Back in the wild west days of 2007, when its platform first launched, Patrick Stokes was a young engineer eagerly experimenting with the power of social media. "I built an app called Crushes. We were right up there with Slide and Roku, doing every spammy trick in the book. It was a gold rush to get as many users as possible and hit the top of the leader boards."

"It was a gold rush to get as many users as possible and hit the top of the leader boards."

Crushes took about seven weeks to hit one million users. At the time that was best-in-class growth. Compared to today’s Facebook apps, it looks quaint. But then, as now, big growth meant big bucks. Crushes was acquired by the marketing powerhouse Buddy Media, where Stokes has worked ever since.

"Obviously VCs just want to add users, because that increases the valuations of these companies... But the truth is that the users don’t last. You can dump a ton of new eyeballs onto a product and blow up your install count. If you’re smart, you can get a quick sale. But if the product sucks, people stop coming back." Stokes told me.

Like any good dealer, Facebook routinely touts the power of its platform. Yesterday it announced that it sent 160 million users to mobile apps last month, more than double what it did in February. Facebook has a number of incentives for touting its platform. A healthy chunk of its revenue comes from companies like Zynga who built their business through Facebook. And when companies build largely on Facebook, it means the social network is something of a kingmaker.

"The thing about Facebook is, they can deliver you this amazing growth," says Stokes. "But at some point, they always change things up, and then you’ve got to sink or swim on your own."

In today’s market, building a company for a quick sale doesn’t seem like such a bad business. The big growth that apps like Viddy have seen can mean big offers. The startup launched in 2011, but was relatively unknown until it integrated with Facebook’s Open Graph. Now it’s raising a round at an eye-popping $300 million valuation.

When people write about a tech bubble, and complain that companies like Instagram don’t have a basis for their billion dollar valuations, they're missing a crucial point. With 30 million users and incredible growth, Instagram was an existential threat to Facebook. Instagram was a photo-sharing service dominating the mobile space, the market that Facebook discussed heavily in its SEC filings for its IPO. Eliminating its biggest threat for 1 percent of its market cap makes perfect sense from Facebook’s perspective.

The same logic could easily apply to Viddy or SocialCam. Google is throwing big money into YouTube, but has never found traction for its mobile app. With billions of cash in the bank, a few hundred million is a small price to pay to gain a strong foothold in that market. 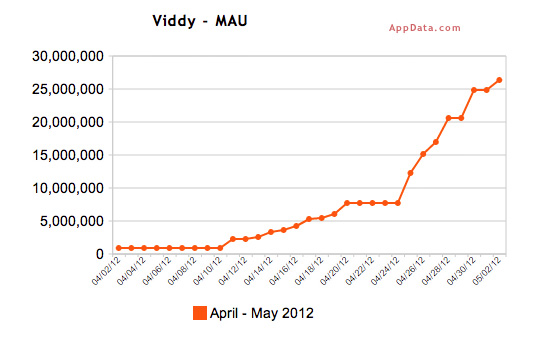 "This stuff will shrivel your nuts and give you zits all over."

Investors warn that the magic can’t last. "This stuff will shrivel your nuts and give you zits all over," Lawrence Lenihan, managing director at FirstMark Capital told me. "It doesn’t help with building a sustainable, long term business. It’s about getting big fast so you can flip the company for a nice profit."

"It is a good customer acquisition strategy, but it does little for retention," said Fred Wilson, a founding partner at Union Square Ventures. "I think of FB integration like SEO. You should do it. It is best practice. But it doesn't guarantee success."

The truth, says Pakman, is that startups are becoming a species of professional wrestler, each one more inflated than the next. "What we’ve got now is an abundance of scale. Having millions of users has become much less of a differentiator among sites. What we’re lacking is innovation around business models, and that is what will allow us to create sustainable, profitable companies."

But while they dismiss this short term game, investors also admit it has been producing some high profile results. "Right now, it’s tough for young companies. Investors and press are getting used to seeing startups with this hockey stick growth. If you don’t have that, it can be hard to get their attention," said Venrock’s David Pakman. "It’s tempting to just forget everything else, turn the spigot on, and optimize for growth."

Update: We've clarified in the post the reasoning behind the steep drop in traffic, which largely seems related to Facebook's disabling of its "auto-publish" feature.