Leaked photos have emerged of a device that may be the rumored 'Mandel' Samsung LTE Windows Phone for AT&T.

We first heard about the Samsung LTE Windows Phone codenamed Mandel back in December, but while the device apparently went through FCC certification in March we haven't heard a peep since. Well, alleged images of the Mandel have popped up on Chinese forum WPXAP — they've already been taken down, but WP Central is hosting them now. A screenshot from the Zune desktop client reveals the same SGH-i667 product code that we gleaned from the FCC filing along with a white body, 8GB of storage, and an AT&T logo up at the top. There's also a photo of the rear of the device showing the glossy finish and camera with flash. Since we didn't see the Mandel at either CES or Mobile World Congress, it's unclear if it'll ever be released, but who knows — Samsung's announcing at least one phone later on today. 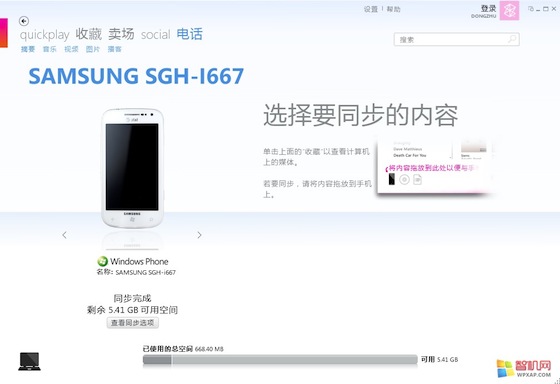